Summer is in full swing at Lakewood, NJ's Icarus Brewing Company.  Fresh on the heels of a release of Invincible Summer, Icarus returns this week with a brand new offering and an old favorite. When we pressed Icarus Owner and Head Brewer Jason Goldstein for more details, he told us, "We brought back one of our favorite NEIIPAs and as always tweaked the recipe ever so slightly and created our favorite batch of it yet, slightly juicier with even more Lemon-Lime popping out from the Motueka." 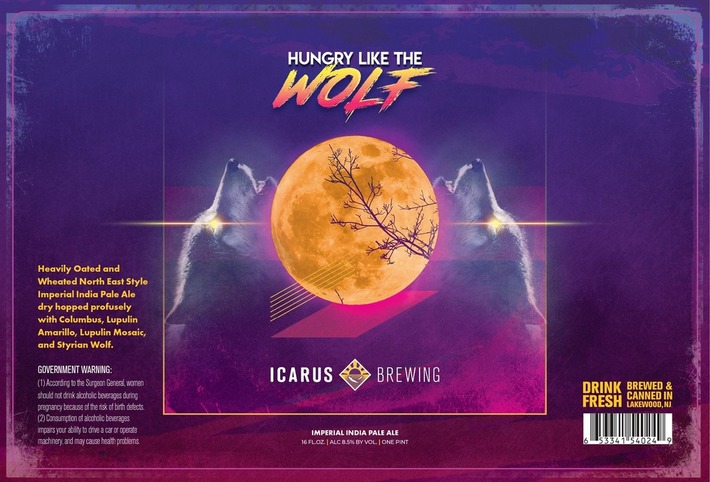 Goldstein tells us, "This one is brand new and our first usage of Styrian Wolf hops. This is a Heavily Oated and Wheated IIPA that we decided against using our house yeast on and instead went with our original yeast profile which helped bring out even more Strawberries and Cream from the Wolf hops while being less hazy. We heavily dry hopped this with Columbus, Lupulin Amarillo, an Lupulin Mosaic as well which really ends up providing a whole range of sweet berry aromatics."

Both beers will be available in the Icarus tasting room and distribution tomorrow, June 26th.