According to a filing with the Alcohol and Tobacco Tax and Trade Bureau (TTB) on May 2nd, Heavy Reel Brewing Co. in Seaside Heights, New Jersey received approval for a can label for their Triple IPA - We All Want The Answers. 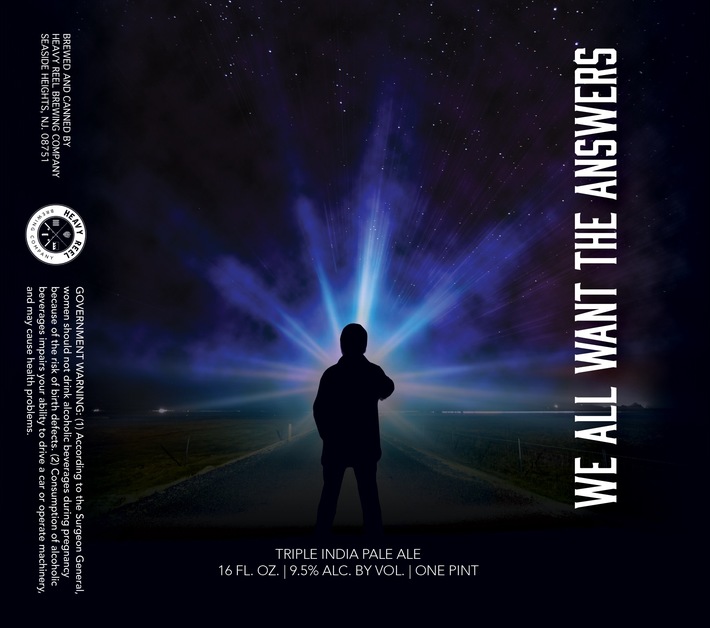 As part of their first anniversary celebrations, Heavy Reel released their first set of cans recently including Drowning Clown and Waves of Isolation.  They followed this up last weekend with Fields of Green and Ukiyo can releases, and recently announced a bottle release for their Oyster Stout , 34N 74W. Cans have tended to sell out the same day released.