Cherry Hill, NJ's Forgotten Boardwalk Brewing debuted their Smoked Porter, Morro Castle in October 2014, and they have announced that this October will be the last release of the beer.  According to a filing with the Alcohol and Tobacco Tax and Trade Bureau (TTB), Forgotten Boardwalk appears to be moving forward with the beer that will replace Morro Castle in their portfolio - Last Brunch. 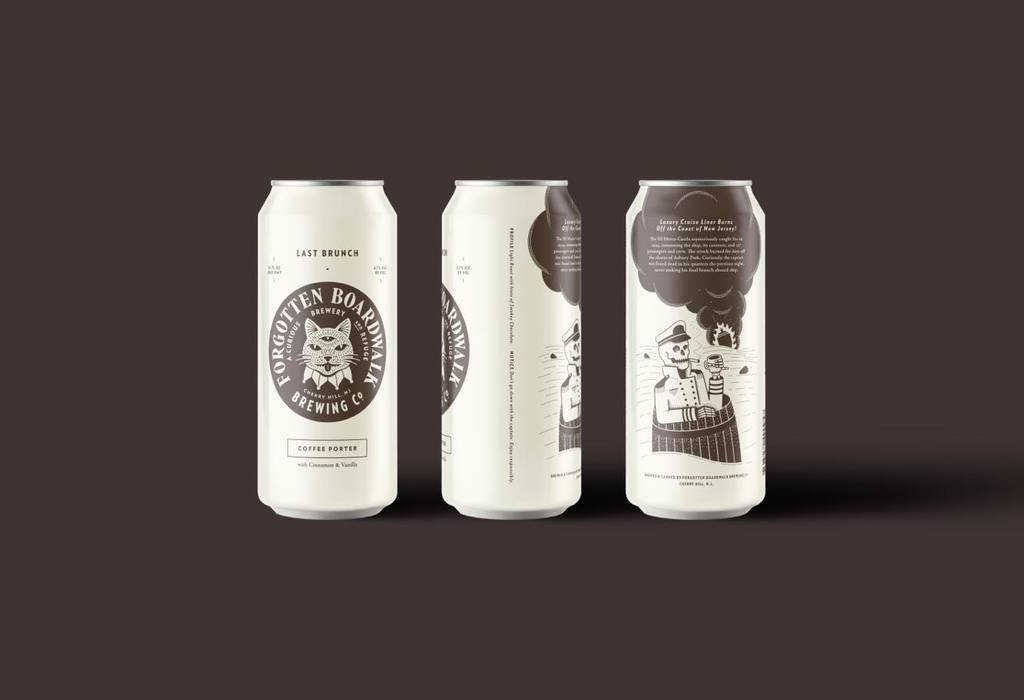 Last Brunch is a brand new 6.7% ABV Coffee Porter brewed with Cinnamon and Vanilla.  Label art for the can reads:

"Luxury Cruise Liner Burns Off the Coast of New Jersey!

The SS Morro Castle mysteriously caught fire in 1934, consuming the ship, its contents, and 137 passengers and crew. The wreck burned for days off the shores of Asbury Park. Curiously, the captain was found dead in his quarters the previous night, never making his final brunch aboard ship."

The brewery informed us that Last Brunch is supposed to be a "playful take on the story before the ship caught fire" created to keep their brand moving forward.  "The brewery profiles Last Brunch as having "notes of roasted coffee with a hint of smokey chocolate."

When we asked Forgotten Boardwalk for details on the release, we were informed that the brewery takes "great pride in being able to have our beers easily accessible throughout the state with the exception of our limited one off releases at the brewery, for example, Mexican Coffee Funnel Cake. This beer is a limited one off release that we are going to distribute statewide, naturally in a limited fashion to be able to get our beer in the hands of people that can’t always travel to every brewery for limited releases. This is also our first 16oz - 4 pack can release and are very excited to have this beer in the market this November."