Flemington, NJ's Conclave Brewing has made a name for itself with some of the best IPAs coming out of NJ, if not the region, and according to a filing with the Alcohol and Tobacco Tax and Trade Bureau (TTB), Conclave might be debuting a new IPA offering soon.  On September 6th, Conclave Brewing received TTB approval for a can label for Court of Lions. 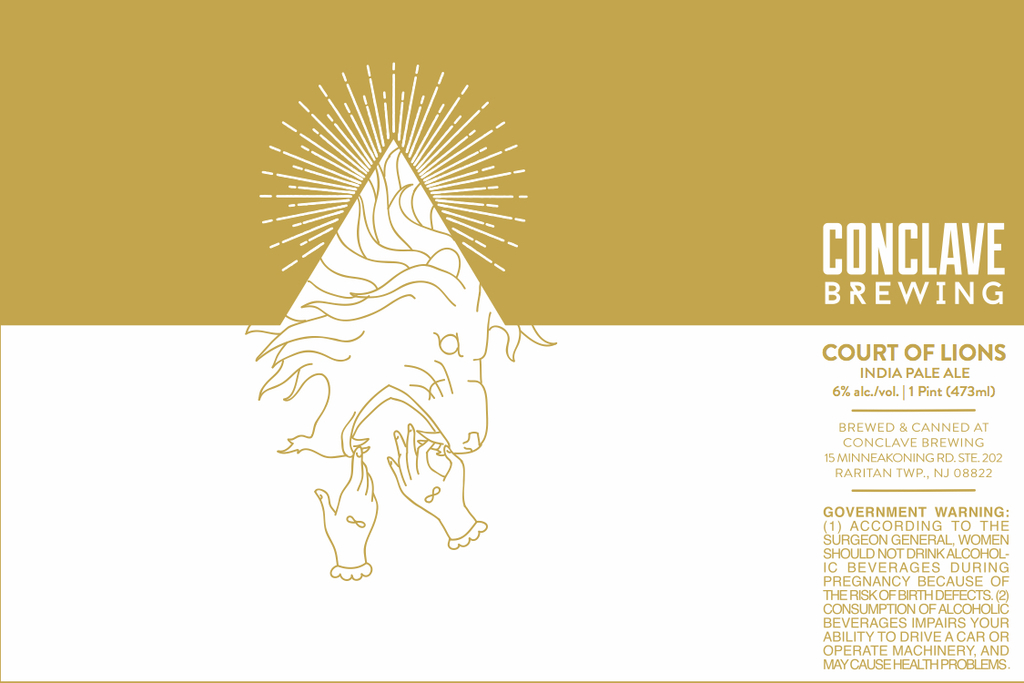 Little is known about Court of Lions outside of the can label as this beer has not been previously released by Conclave. According to the can art, Court of Lions is a 6% ABV India Pale Ale.

When we reached out to Conclave for more details on the beer or release, the brewery informed us that "typically do not release any info/release dates prior".