I just recently returned from another trip to Havana, my first since 2015. Having been down to Havana multiple times in the past, it’s always interesting to reflect on any changes I’ve experienced in the city.

Mental note: don’t do a 7 day cigar trip to Nicaragua and then roll right into a Cuba cigar trip. The positive takeaway is that I already had my ‘Cuban head’ on before I landed in Havana. 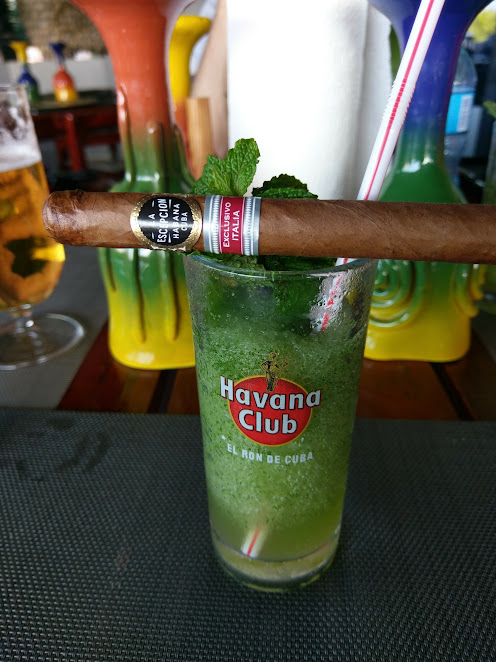 In the past we’ve always flown through Varadero for a multitude of reasons. The problem with Varadero is that it’s filled with tourists and as a result everything becomes painfully slow. You can bank on taking an hour and a half to get through customs, retrieving your luggage, and the point at which your bus leaves to Havana. Then you get delays from all the various hotels they stop at on the way to Havana.

The experience in Havana was similar. Customs went rapidly with a minimum of delay. Baggage came out almost immediately, and from tarmac to taxi it was approximately 35 minutes. Eliminating the almost 7 hours of bus travel from the trip makes the overall trip far less exhausting.

In all the times I’ve travelled to Havana, we have always had multiple members of the group ‘taxed’ when changing money. That ‘tax’ either comes in the form of one of your Canadian bills mysteriously disappearing, or some of your CUC not being in the pile. This has lead to us being extremely clinical about changing money.

After several money changes, both at the Havana airport and at hotels, I am happy to report that not a single member of our group was ‘taxed’ a single CUC.

Prices are up & down, service a mixed bag 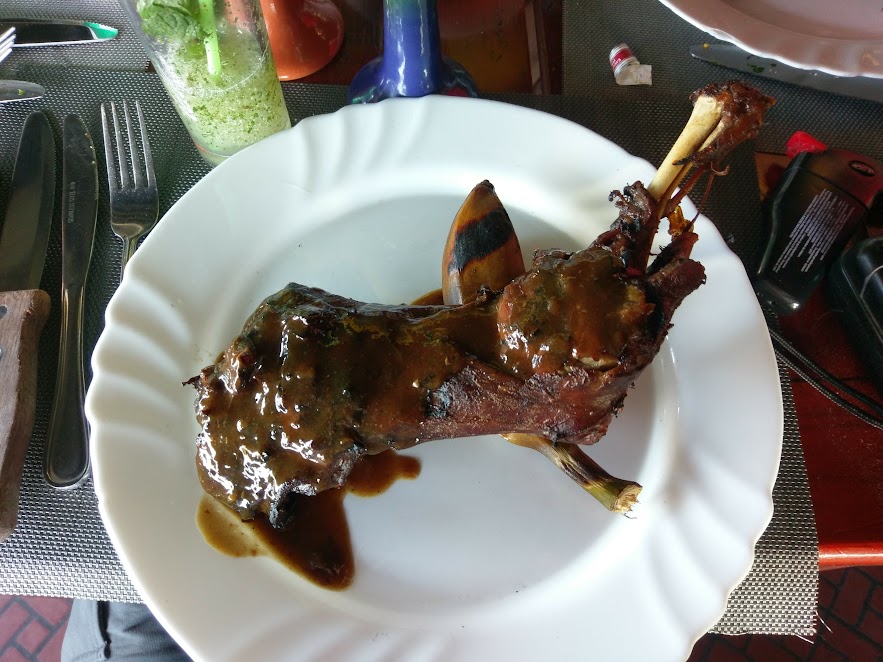 Hotel pricing is at a level that surpasses premium hotels in Las Vegas. The rack rate at the Nacional is at $375 USD per night, and the Parque Central was $750 USD per night. Now Cuba being Cuba, it’s very possible that most of these rooms are being bundled for tour packages so they have no need to offer reasonable rates outside of those packages. 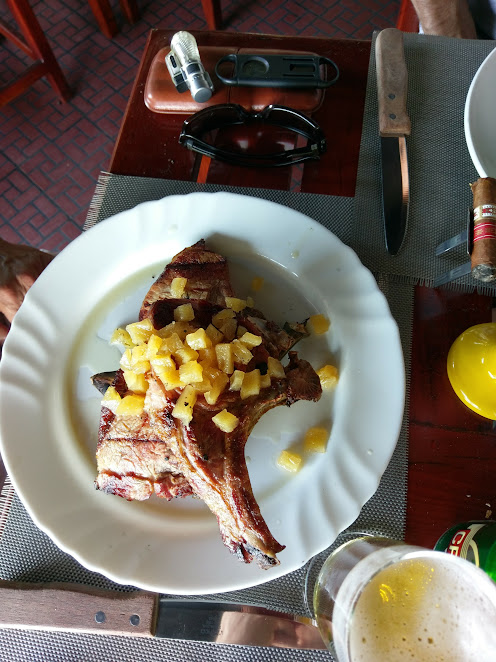 Service at the hotels is at an all time low. The typical Cuba pace of things has reached flat out disinterest at some points. Problems that would typically be resolved by the end of the day drag on several days. People at the business centers are annoyed to even talk to you.

Service at the restaurants is at an all time high. Food out 15 minutes after ordering? Mojitos replenished at the tables in less than 5? I’m not sure what is driving this but at times it’s a welcome change not to wait 55 minutes for your food, and 25 minutes for a new set of drinks. 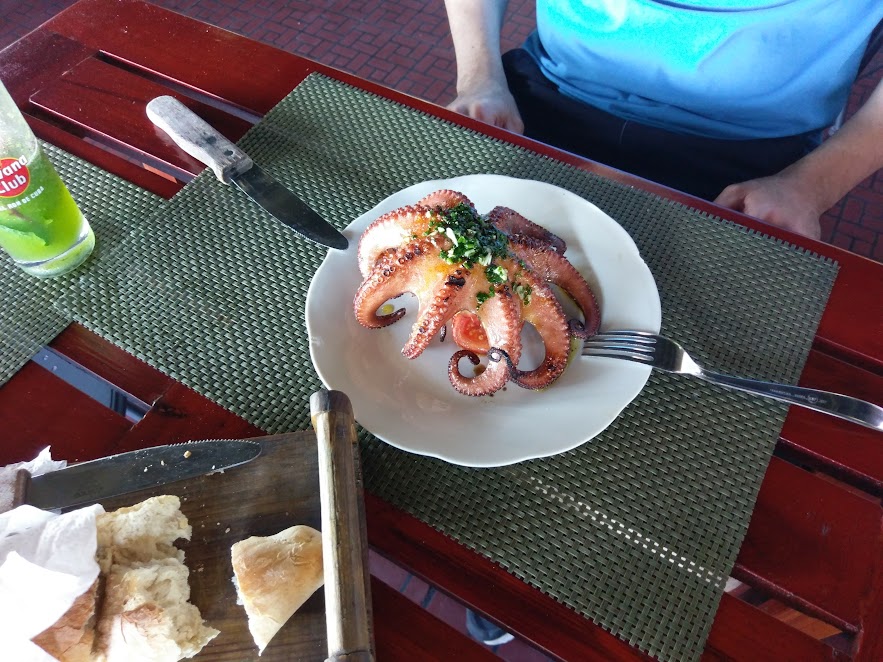 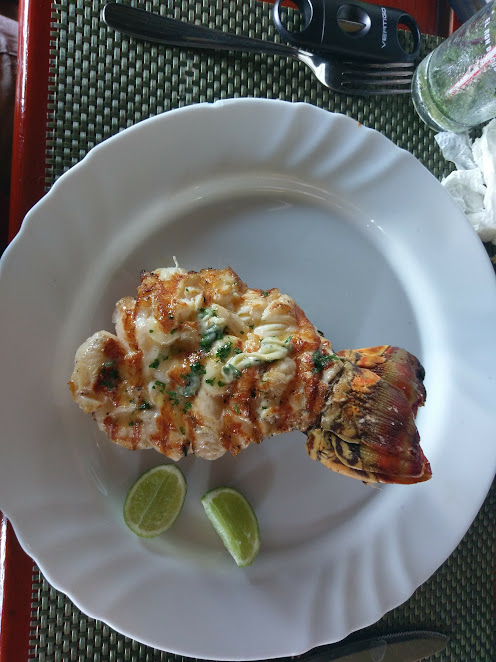 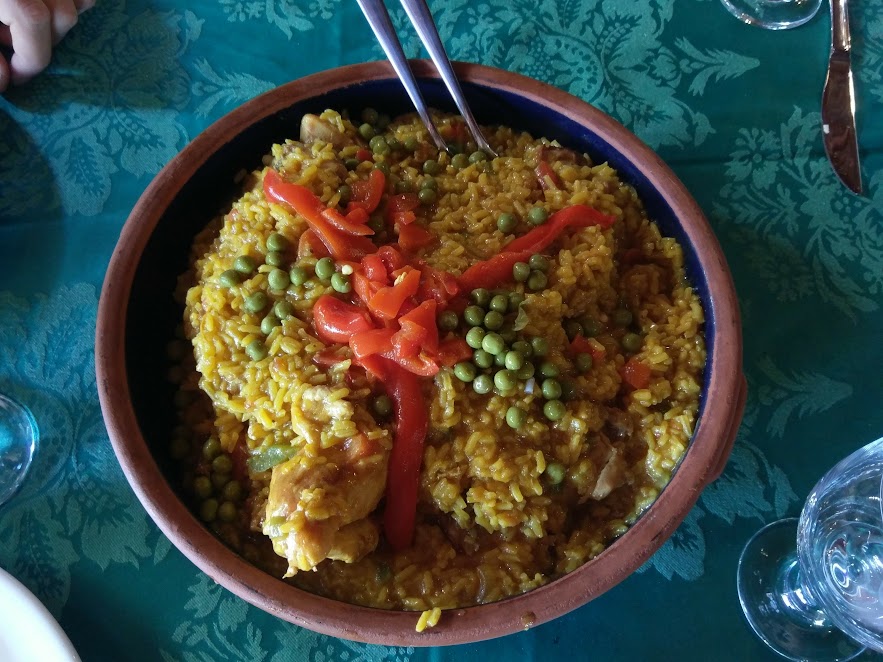 Scams are down. Are they gone?

In past trips you could always bank on having at least one restaurant experience where extra appetizers or drinks inexplicably show up on your bill. You’d always have a handful of cabs overcharge you for rides. In 2015 my cab scam experience reached an all time high where you’d have to confirm the price being quoted applied to the total ride and not individual occupants.

I’m very pleased to report that we did not run into a single restaurant bill issue, and we had several interactions where cab drivers undercut us on price, and refused to accept more.

The Americans are here

The flood gates have opened to Havana, but the number of American travelers has reduced somewhat. I can’t speak to whether that being a result of the luster of Havana now rubbing off, or prices skyrocketing, but gone are the massive crowds downtown and in various LCDHs. All the Americans we ran into were friendly, respectful, and engaged in great conversation. There were more than a few people who were trying out cigars for the first time, and the questions and interactions were entertaining.

I’m confident the some elevators in Cuba are not rated for a group of Americans. I mean that in all sincerity, as many of the people who we ran into were easily 150 – 200% our size and weight. 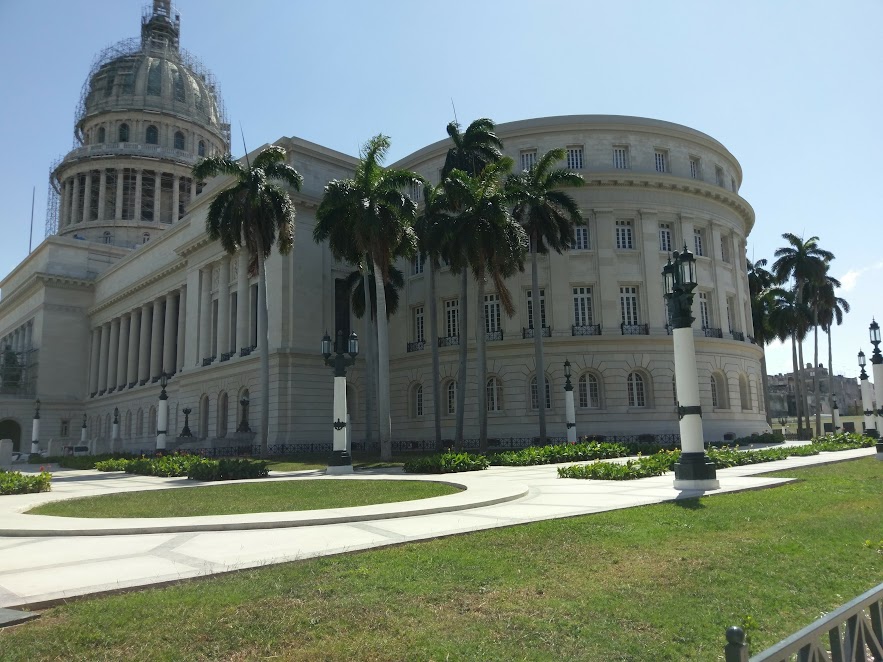 Construction on the El Capitolio building has progressed nicely, with renovations and construction projects being present all over Havana. The speed at which some of these builds are progressing is much faster than the typical Cuban pace.

It will be interesting to check in next year to see if it continues. 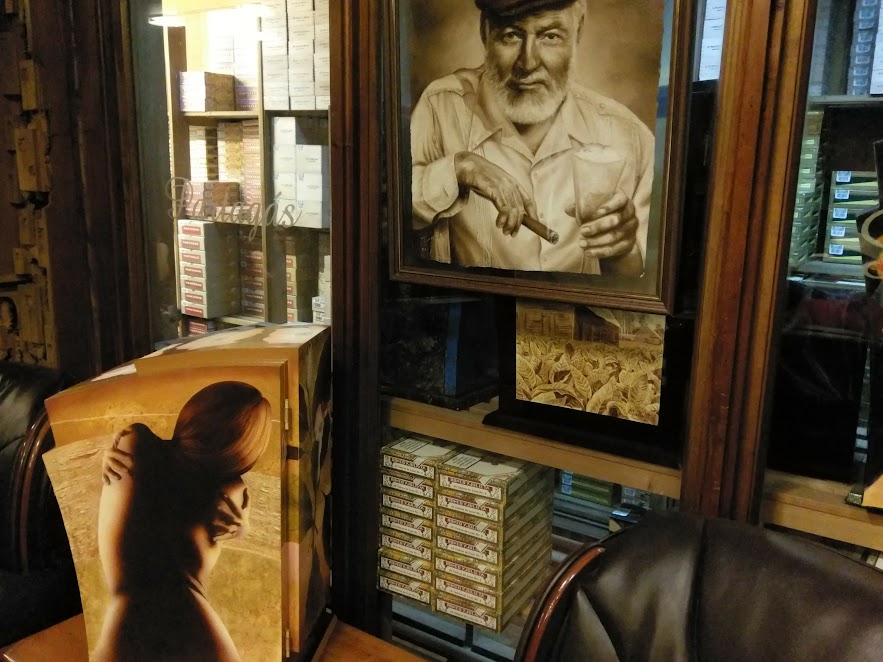 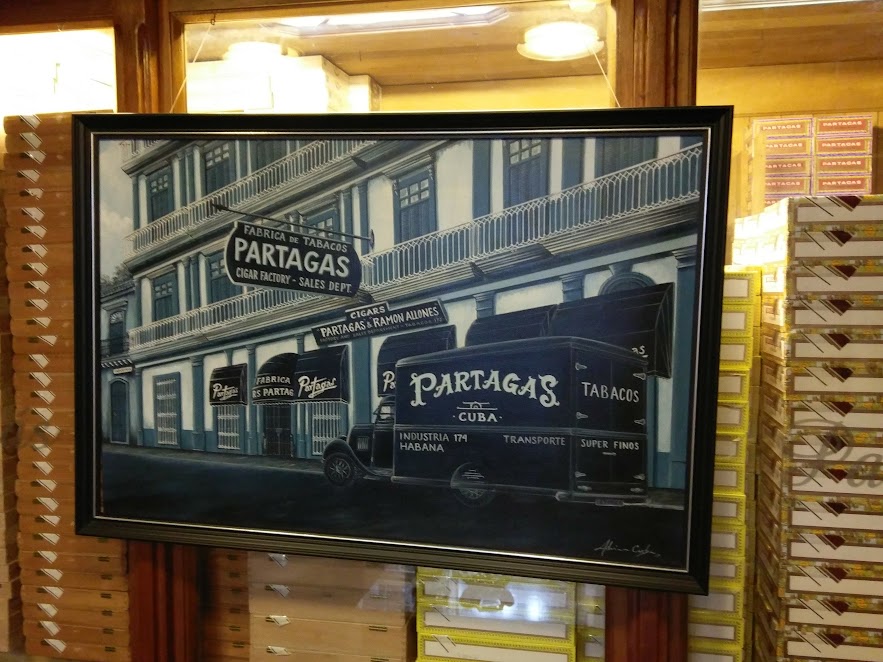 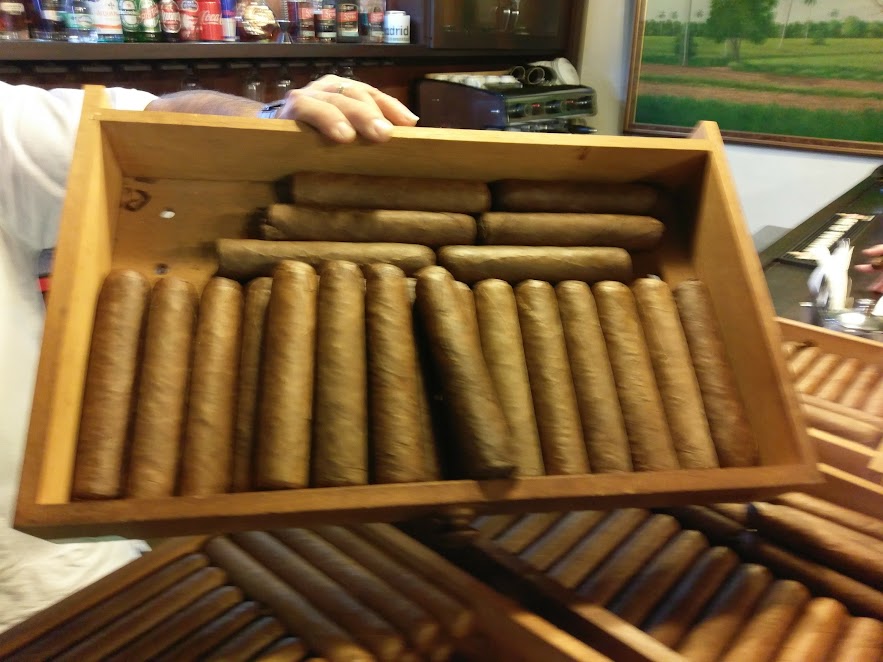 I am completely disappointed at this shift. I feel I can say that objectively Cuba has had the best small ring gauge and small vitola cigars in the world, for some time. Larger ring gauge product is going to be a tough market in places like Canada and Australia where a combination of taxes and experienced Cuban cigar smokers are going to drive many customers away.

There does seem to be greater care and focus on the quality of cigar in terms of the construction and consistency of blends. We definitely sampled some Edicion Limitada cigars that clearly need more age, but regular production stock was smoking very well.

There has been a lot of debate about whether to freeze cigars brought back from Cuba. I’ve known for some time that product not marked for export is not frozen or fumigated. A person who I know and trust implicitly tested a set of cigars rolled from the same tobacco leaf. One cigar was subjected to the freezing process, while the other was not. Both cigars were smoked blind to determine if there was any impact to construction, or flavor.

Freezing had no detectable impact.

We observed significant background police presence all throughout the city. You could not walk more than two blocks without spotting a uniformed officer. We also observed, with great entertainment, an encounter with two locals which resulted in police on scene in under 10 seconds.

The entire exchange was handled in typical Cuban ‘manyana’ fashion. 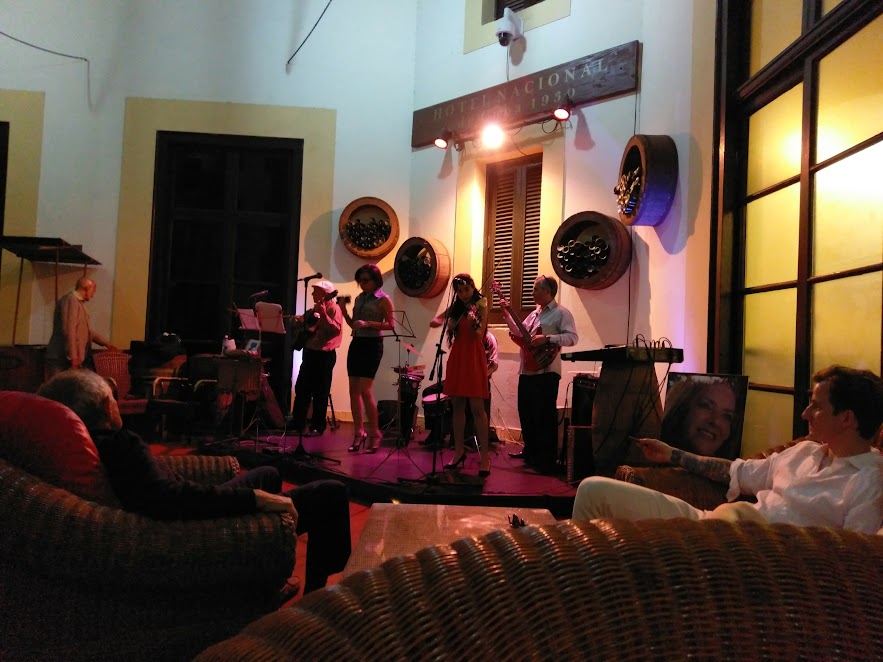 I was able to enjoy some truly exceptional cigars that I no doubt would have never had if I wasn’t on the trip. 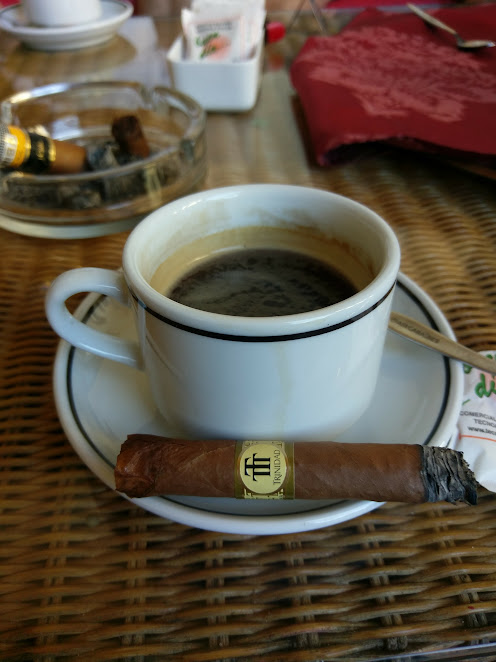 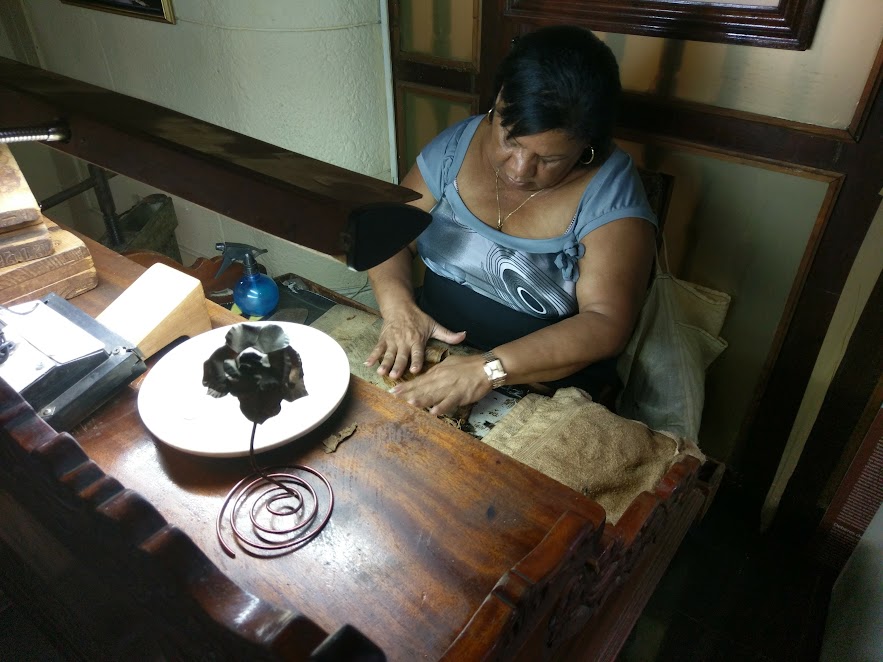 Comment by Stefan Lindblad on March 29, 2017 at 6:32pm
My dad has recently had the same experience zipping through the airports/customs. Like anything else there, however, things can change on a dime, without rhyme or reason!

Comment by MillerMan on April 11, 2017 at 6:56pm
Thanks for sharing John, and great party trick! I'm still amazed