An exceptional cigar that features private reserve Jamaican tobacco cultivated and aged exclusively for this limited release.  Just 1,800 boxes per size have been made. 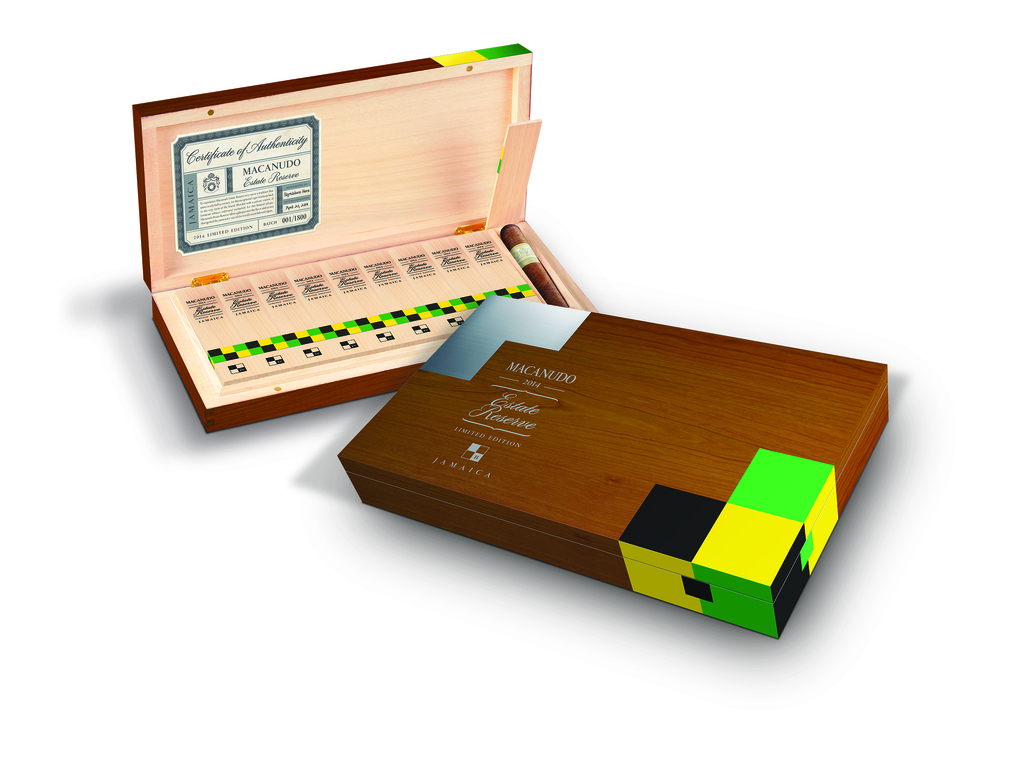 Ohio, June 9 2014 (Youngstown, Oh) - La Barba Cigars, helmed by Tony Bellatto and Craig Rossi, hard at work on their new release and are finally ready to set it loose upon the industry. They're following their initial Honduran sourced cigar, the La Barba "Red Label", with an all new, badass, Dominican monster they've dubbed "Purple", and it lands in September.… 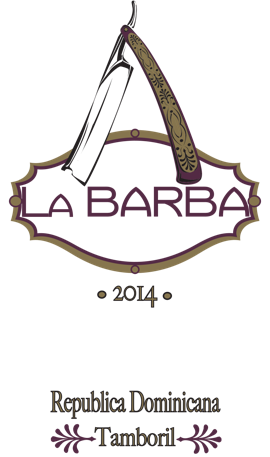 Estelí, Nicaragua (July 18, 2014) – Nomad Cigar Company is pleased to announce the release of the Nomad C-276 at this year’s IPCPR in Las Vegas.

Miami, FL (07/18/2014) Drew Estate, Inc. announced today the “Drew Diplomat” Consumer Loyalty Program, which includes a mobile application for all smart devices, as well as a desktop version. This exclusive new program provides members with the ability to earn Points by checking-in Drew Estate Cigars and attending events at retail locations throughout the world, as well as social networking functions and unparalleled access to La Gran Fabrica Drew Estate.

Miami, FL – Drew Estate announced today that they would be releasing new extensions in their ACID, Kentucky Fire Cured, Herrera Estelí and MUWAT lines at the 2014 IPCPR tradeshow in Las Vegas, NV next week. The new cigars will include the following: (Miami, Florida) July 17, 2014— Roberto P. Duran Premium Cigars, after a successful 2013 launch with the Azan Line of cigars and the recent announcement of the Roberto Duran Premium Cigar Brand is ready to introduce two additional cigar brands: Neya and the Baracoa Line. 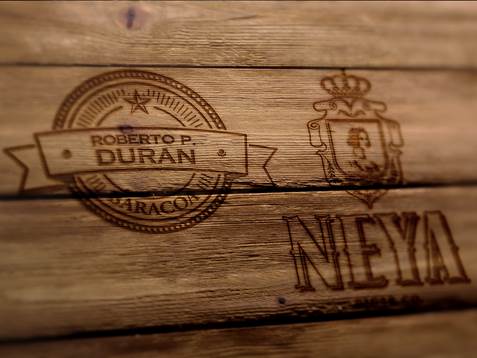 For all of those George Rico Zulu Zulu fans, this cigar will still contain the identical Ecuadorian Connecticut and Nicaraguan Habano blends, but this newest edition will be made in our own factory in…

Heralding a new era in artisanal cigar craftsmanship, we are proud to introduce L ’Forte, the newest addition to the D ’Crossier Cigar family. One of the most exclusive premium cigars available anywhere in the world, this exclusive new line, L’Forte, will be a limited production run of only 2000 numbered boxes each year. Carefully and meticulously produced in every aspect, these handcrafted cigars are fashioned as a result of the most demanding and comprehensive sorting process…

Miami, FL, July 11, 2014– Cubanacan Cigars is proud to announce a new addition to the family. HR the initials of Hirochi Robaina, grandson of the late legendary Don Alejandro Robaina is the name of the brand brought to life to pay tribute to the Robaina family. Hirochi is currently in charge of the Vegas Robaina farm located in Pinar del Río, Cuba which has been in the family since the 1800s.…

(Miami, Florida) July 11, 2014— A.J. Fernandez Cigars, known for producing consistently highly rated and sought after cigars is proud to unveil “New World” at the 2014 IPCPR in Las Vegas. New World will be showcased as a value brand featuring the same quality, consistency, and workmanship that is expected from A.J. Fernandez.  The New World Cigar brand is the first blend in where A.J. Fernandez and father Ismael Fernandez come together
…

Hialeah Gardens, Florida (July 10, 2014) – Espinosa Cigars is proud to announce that they will debut a new line at the upcoming IPCPR convention and trade show called Laranja Reserva.

“I wanted to release something different for the show, we had started working with this orange Brazilian Laranja wrapper last year and we are very excited with the end result.  I have always liked the color orange (laranja which is the Portuguese word for orange) and the positive…

La Palina is adding the La Palina Black Label to its portfolio.  The line is being rolled in the Dominican Republic and will be presented in boxes of 20.

The La Palina Black Label is a cigar for those in search of a rich blend with complex flavor. A Brazilian grown Bahiano wrapper amplifies filler and binder tobaccos from the Dominican Republic and Nicaragua. This full-bodied blend has an undertone of spice that is sure to grab your attention. Notes of fruit and cocoa…

(Miami, FL) July 8, 2014—Toraño Family Cigar Co., respected in the cigar- making industry for nearly 100 years, proudly announces that Charlie Toraño, for the first time, will unveil a cigar under his own name: Charlie Toraño Captiva. Charlie Toraño represents the fourth generation in the…

RoMa Craft Tobac and Mombacho are standouts in today’s crowded premium cigar market. However, after a few years of sharing best practices and developing personal friendships among the companies’ principals, they discovered a significant amount of… 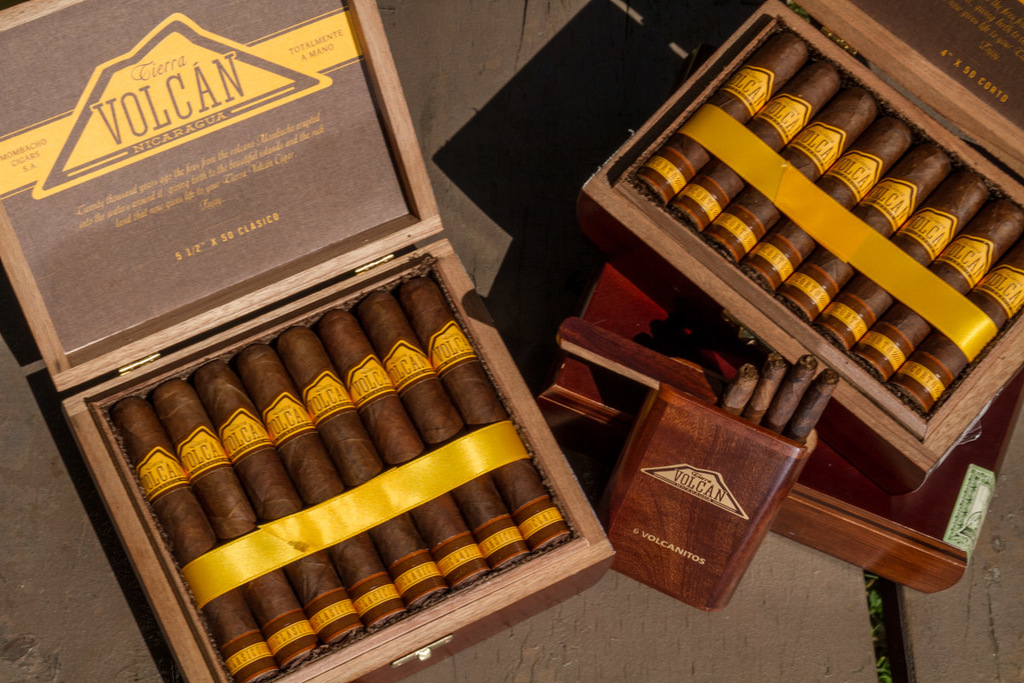 Happy 4th of July! The IPCPR trade show is right around the corner and EPC is excited to offer three new releases. Read below from a recent Cigar Aficionado issue (Cigar Insider) for more info. Additionally, we released a new Tuxedo 60 RG variety pack, new sizes of E-Stunner 60 (Limousin), E-Stunner 52 (Taurus), Cardinal 60 along with all of our regular lines. Ask your local tobacconist for an E.P. Carrillo cigar this month!

In keeping with “Family Tradition”, Arandoza will unveil its “Red” Label at the 2014 IPCPR in July. The “Red” label commemorates and praises the nation’s heritage following on its footsteps of Independence Day celebrating the history, commitment and traditions of the Arandoza Family. This new label is a full flavored full bodied cigar that will delight the seasoned aficionado. Manufactured at La Zona Factory in Esteli, Nicaragua, its construction consists of a 100% Nicaraguan…

Press Release: Untamed by La Aurora to be showcased at IPCPR 2014

(Santiago, DR) July 1, 2014 - La Aurora Cigars is proud to announce the release of their latest creation, Untamed by La Aurora. Using tobacco selected specifically for this project, La Aurora aims to please even the most demanding consumer with this unique blend. Led by master blender, Manuel Inoa, the team at La Aurora has been able to attack this ambitious project head on and are eager to release the beast in Las Vegas.