A Hand Rolled Cigar, a Chillin Moose, and a La Antigudad

First a couple housekeeping items!  I sent Tim his prize from  the ScrewPop contest yesterday, but I haven’t heard from Jeff Ketcham yet!  Jeff was a prize winner in the 12 Spectacular Days of Cigar Giveaways in 2011 and 2012, so I probably have an address someplace, but I hate to ship without verifying addresses.  I suppose I’ll drop him a note if I don’t hear from him soon. I sure hate having to chase people :-).  Speaking of the 12 Spectacular Days of Cigar Giveaways, it’s on pace…

First a little rant, then we;ll get on to some cigars and contest winners.  This week it was reported that the city of Philadelphia proposed a tax on cigars and “other tobacco products” to help fund the schools. They apparently already levied a tax on cigarettes recently for the same reason and now they are going after the rest. What they don’t understand is that this tax will either close, or drive out many cigar shops (Holts has a large presence in Philadelphia), taking business and…

I look forward to the Tatuaje TAA release every year and the 2014 edition was no different.  This all started for me when the TAA 2012 blew me away.  This prompted me to seek out the 2011 which was also fantastic.  The 2013 was good, but not on the same level as 2012.  So I was eager to see if the Tatuaje TAA 2014 lived up to its predecessors.

As you probably know, TAA stands for the Tobacconist Association of America.  Ever year they have some exclusive releases from different…

You know that cigar…  The one everyone loves, always raves about, and is always on your list to buy but when the funds come around you never seem to grab it?  That is the Ramon Allones Small Club Corona (RASCC) for me.  I cannot tell you how many times I have considered buying these, as I generally enjoy all things Ramon.  Finally, after years of thinking it over, one happened to find its way into my wineador.  After a week or so of rest and some habanero fajitas,…

The Flor de Selva No. 15 Maduro is the first offering that I have smoked form Maya Selva cigars.  To be perfectly honest, I was not familiar with Maya Selva before our friend Gabriel Alvarez joined them back in August.  Gabriel will be joining us on CigarChat this week, so keep an eye out for that.

The Diesel Grind is a B&M exclusive that I picked up when I attended CATSFest 2014. Diesel is created by AJ Fernandez who has a significant number of blends consistently coming up on my ‘buy list’. The Diesel line currently consists of the Unholy Cocktail, Unlimited, Shorty Edition, Grind, and Crucible. 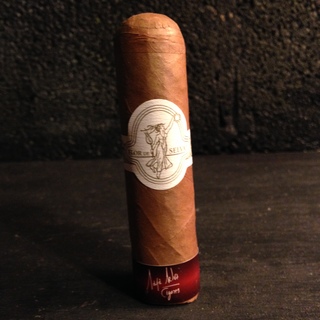 Flor de Selva is a brand that has received a lot of attention from the European market. The cigar has been on the market there since 1994, but recently it began to come to the United States and find its way into retail shops in America. I never smoked the brand till I was contacted by the company, but after smoking my way…

An Arandoza, a CAO Flathead and a new Sindicato Cigar, and a CONTEST!

OK, lots going on today, so let’s get some cigars out of the way!  My palate’s a little flat still, I blame the change in weather. It’s gotten cold all the sudden, and I tend to gravitate to heavier maduros this time of year anyway, and I’ve been slow in following my own advice. One reason is it’ll be boring writing about the same couple cigars twice a week, and it’ll be equally boring smoking the same couple cigars!  I’ll adjust, it’s like that first day it drops in the 40s and you bundle…

Jochy Blanco has cranked out a few in recent years with the likes of Boutique Blends sticks such as Aging Room and Swag, and he has teamed up with retailer JR Cigars to produce Black Abyss. With a track record like his, who wouldn’t want to take a crack at this Dominican Republic-made product? Count me in.

Review: Mystery Habanos #1 and #2 with What Embargo and Blind Man's Puff

A while back I had an idea to get something different going on for Habanos Critic and What Embargo.  I know Aaron over at Blind Man's Puff (BMP) always sends out smokes to the reviewers for that site, so I wanted to turn the tables and get stuff sent to him.  I also wanted to do something unique for a show, and have the reveal done live with the guys on air. So I contacted a long time friend associated with BMP and set my idea in motion, with Aaron, Emmett, Seth, and I all getting two…

Byron Serie Siglo XIX Reserva 4 Años, is not a cigar I will see many of. Byron cigars are not an everyday smoke. Not easy to find and not priced for most peoples daily budget. There is a lot of interesting data about this brand, but no reason for me to reiterate it, check it out here. The aroma from the wrapper and foot is a slightly sweet hay and natural…

For well over a year now, folks like myself have been waiting patiently for the rebranding of the Vegueros line from Habanos SA to hit your local neighborhood LCDH.  On my most recent world travels through the friendly neighborhood, some of the new Vegueros Mañanitas made their way into my humidor.  The Mañanitas are a petite pyramide, and this size was the one that tickled my fancy as I gazed upon the press release from Habanos a while back.  I also love tins for…

Montecristo is a brand I tend to have a love hate relationship with historically.  I gave a lot of praise to the No 2 in the past on one of our shows, but I also was not much of a fan of that vitola for quite some time.  I also have not had great experiences with the smaller ring gauges.  However, one vitola has always been a humidor staple, and I figured it was time to finally review it, the Petite Edmundo.  When I first got into Habanos, I was all about small…

Warped Cigars is one of the cigar companies we keep returning to since IPCPR 2014. We were very impressed with not only their sense of marketing and style, but also the quality cigars they’re putting out.

Rob has been raving non-stop since we returned, and we jumped on this opportunity to review the El Oso MaMa before he had a chance. You can check out our reviews of the…

As we’ve been working on the new house, we figured since we have a great enclosed cigar porch, we should have an annual cigar party.  We just need to figure out when to have this party, so we’ll take suggestions. Whoever comes up with the best date to have this event will get free admission (airfare, lodging not included).  We kind of thought Columbus Day would be a good time. It gives us plenty of time to prepare, and the only really important thing Columbus did was to introduce…

I’m a huge fan of the Rocky Patel Edge line which includes the Corojo, Maduro, Candela, Sumatra and Lite lines. At any given time I have at least 15 Rocky Patel Edge Maduro’s aging in my humidor. When I heard about the Rocky Patel Edge Sumatra I was eager to get my hands on them. Unfortunately as a Canadian, it’s not just as easy as walking into my local B&M to pick some up. So on a previous trip to Denver, in January 2014, I went into… 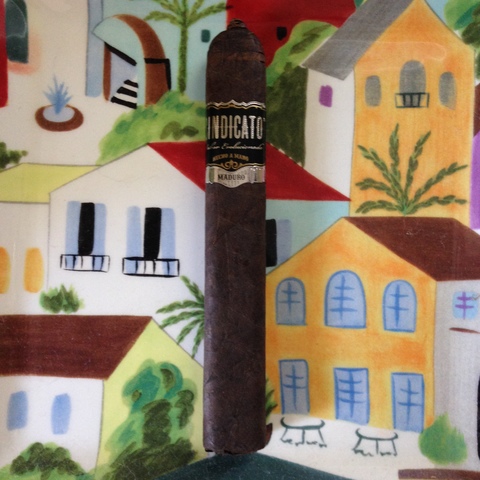 Stogie Geeks will be celebrating their third anniversary on Friday November 14th.  We will be doing a show in support of Cigar Rights of America.  The whole team will be broadcasting from the studio in Warwick, Rhode Island for this one.

We have a parade of guests scheduled - and we plan on being on the whole day.  Right now the schedule is from 10am to Noon Eastern Time.

The link below contains our guests (subject to change).  We hope you join us.  We will be…