Up again we have another selection from the mysterious bundle company Aged Selects.  This time I grabbed a Habano Churchill, which apparently is different then the Habano Rosado, but the band is the same.  You could tell there was a difference in the wrapper though.  Only blend information I have is this is a Nicaraguan made overrun of sorts, that sells for $50 for a bundle of 20, and was rolled in 2009.

The dry draw was very toasty, with hints of berries.…

A Joya de Nicaragua Event, an Oceano and a Rocky Patel Cigar

Thursday evening I was headed home after work with the intention of heading out to The Wooden Indian in Havertown, PA  for a Joya de Nicaragua event with Dr. Alejandro Martinez Cuenca, who I first met and got to know at the 2011 IPCPR show.  I was excited for the chance to see Dr. Cuenca again, it’s been a few months.  As I was about a mile from home and my airbag deployed and I felt a bang, and I see a large buck flying to my left in my mirror.  This was quite a surprise to me, as I…

If you have not heard of Hector Luis Prieto, you will soon.  A quick search will find articles in Cigar Aficionado of one of the upcoming superstar farmers in Cuba.  So much so, that he warrants a show on What Embargo as well.  I was lucky enough to get my hands on some of his farm rolls at my friendly neighborhood LCDH, and was interested to see if his farmies lived up to his reputation.  Prieto is known for innovative farming and curing techniques, employing new…

The Propaganda is the latest release from Viva Repulica Cigars.  It debuted at IPCPR 2014 in three different sizes.  The sizes have some pretty interesting names.

Viva Repulica is an interesting cigar line by Guillermo Leon and Jason Holly and is distributed by Miami Cigar Co.  The Propaganda was the first…

Last time I offered a five pack from my humidors for the correct answer to our dog’s name significance.  While it’s true that the SPCA named her after Macha, the goddess in Irish mythology, I decided that it had to have a Beatles tie in.  We have cats named Max (Maxwell’s Silver Hammer) and Eleanor (Eleanor Rigby), so I knew there must be a connection, and there was, sort of.  It’s a stretch, but in 1981 George Harrison financed a film starring Ringo Starr called “Caveman”, one of my…

Logan and I were recently invited to join in on some reviews with Blind Man's Puff.  I know you guys are familiar with this site and you've probably seen Aaron Loomis around here.  He is one of the founders of BMP and, as we found out at IPCPR 2014, he lives about 10 minutes form my house!

Anyway over the next few months, Logan and I will be involved in some blind reviews.  The first one was posted today!  I did NOT…

The Gonzo Santeria has a very sharp, box pressed shape, which seems to give it a hefty feel. The wrapper is a nice chocolate brown, with smooth pressed seams and slight oily sheen. It looks great and gives off an awesome aroma. I am smelling a deep, sweet espresso with a little bit of chocolate and sweet tobacco. The cold draw is a little less flavorful, mostly cedar and tobacco notes, but still plesant.

The Placeres Reserva is made by Kuuts, and primarily sold in Europe where it has done very well. From what I can tell it has a limited US distribution and many of you cigar lovers out there might not have heard of it. We didn’t until Gabriel Alvarez contacted us about doing some reviews and he appeared on Stogie Geeks.

The Placeres Reserva is available in 5 vitolas. Colosos (6”x54 RG),… 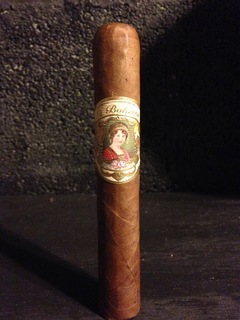 In 1896, in Turn, Italy, Giacomo Puccini's La Bohéme made its premiere. It was a four act opera that quickly spread throughout Europe and the Americas, and to this day is a very popular opera. I myself have seen it, many years ago, and it is an opera that is not difficult to see live. It is broken into four acts and is based off of a novel of…

A Flying Pig, a Foundry and a Dominican Big Leaguer Cigar and a House

It’s been a busy weekend.  I took the day off Friday to settle on our new house. It’ll be a while before we get moved in, as there are some things we want to do there, and our current housing remains on the market.  One feature that really sold us on the new house was a large screened in back porch, which will be a perfect place to enjoy cigars!  So Thursday evening after work I took my evening walk with a Liga Privada No.9 Flying Pig. I’ve actually been thinking about smoking one of…

Jose Piedra.  To me, the name piques my imagination to a place where seedy third world gangsters are trafficking dope and carrying AK47’s.  Other times, I picture a farmer, poor but content, living off the land and happy with his stogie, rum, and family close by.  I really want to get drunk on mojitos with Jose and Sancho Panza, but that might get me placed in a Cuban jail.  Enough rambling, this is the final leg of the cheapo challenge Seth and I are doing with the Partagas…

The 1502 Emerald Lancero is a very elegant looking cigar. The green and gold band sits nicely on the silky smooth, light brown wrapper. The soft box press, perfect construction and cigar lock all make the appearance of a great cigar. I’m sorry, it’s not a cigar. It’s a 1502!

(Miami, Florida) October 9, 2014— Roberto Pelayo Duran is proud to announce that Jack Toraño of the Toraño cigar family will now oversee sales in Florida and the Caribbean for Roberto P. Duran Premium Cigars. This announcement comes only days after the announcement of the hiring of Miguel Shoedel and Frank Cuden. 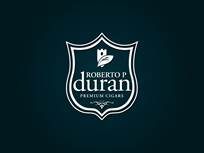 The Dissident Bloc was released in 2013 and was the second release from Dissident Cigars.  The look of the Dissident Bloc brings me back to the mid 80's, which happens to be center of my childhood.  It harkens back to 8-bit graphics and Italian guys looking for princesses. The Bloc is one of those cigars that I had seen around and heard a lot about, but had never smoked.… 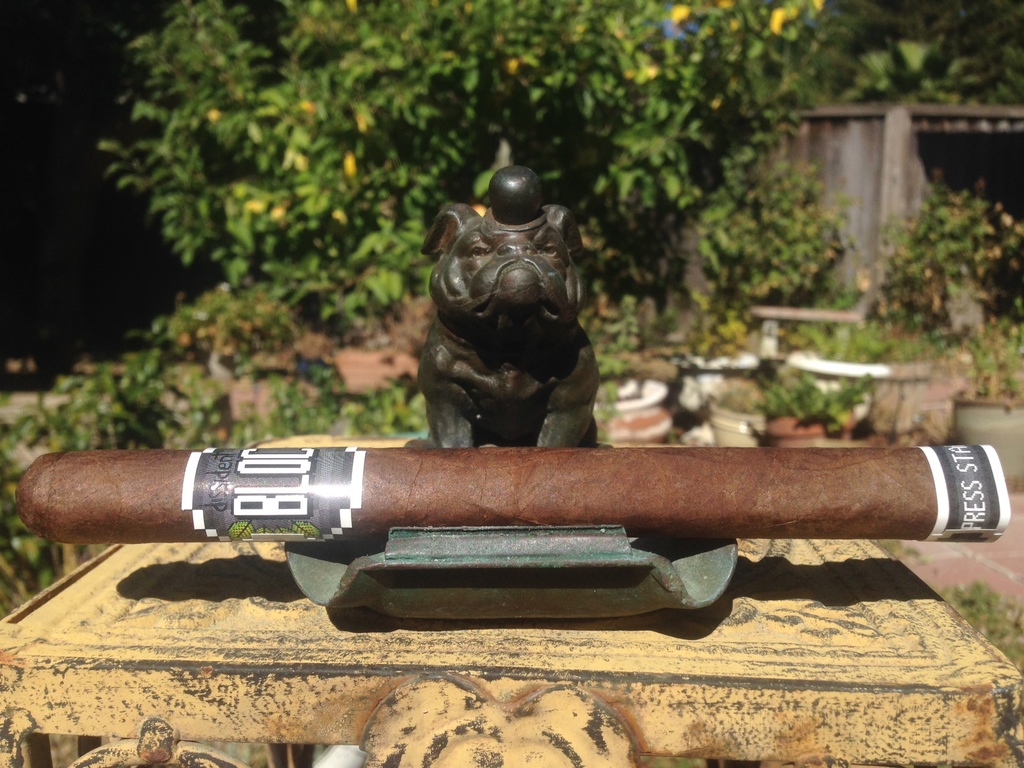 A Montecristo, a Gurkha and a Cohiba, and Some Cigar News

I’m sitting here watching the first Flyers game of the season, trying to write. Hockey is the only sport I have any interest in, so it’s nice that it’s back!  Anyway, I stuck with some classic brands this week, starting off with a Montecristo which was given to me by Tom, our local Altadis rep a few weeks back at The Smokin Goose Festival. Goose’s Tobacco is a Montecristo Lounge, so they have the exclusive (and aptly named) Casa de Montecristo Exclusivo. Obviously, this cigar is only…

Mod Press Release: La Aurora to Donate 11 Cents for Every Picture Received via Social Media in Support of the Fight Against Diabetes

(Miami, FL)- October 8, 2014--One picture, eleven cents: #LA111th. La Aurora turns 111 years old today and wants to celebrate with all the smokers in the world, inviting them to toast with Guillermo and Michelle León in celebration of such a special date. That being a reason to celebrate is also a reason to “give back.”  The company has announced a target to collect funds for one of the social programs supported by La Aurora. For every picture received by the… I realize that after I wrote this review that the cigar had already been reviewed. Total Tuna failure there! But because I loved the line so much, and I believe it is one of the best to be showcased at the trade show this year, it is worth reviewing again in a different size. Illusione as a brand is known for have vitolas in line be unique in their own way,…