Welcome to another installment of "My Week (In Smoking) In Review"!  Been a bit since my last blog as it was my first wedding anniversary and then I've been traveling a lot lately, but this has allowed me to stop at some great shops (shoutout to Just For Him in Springfield, MO) and smoke some great cigars like the Vato Cuban Blend, La Palina Mr Sam and JD Howard Reserve.  Let's check my thoughts...…

This Añoranza Robusto came to me by way of an /r/cigars bomb from the generous Redditor QuikAF77. The cigar had a few hundred days of rest in my humidor before smoking. I had never previously enjoyed this particular cigar line of cigars, and I always enjoy…

Earlier this year I had the chance to review the Elogio Habano, after hearing nothing but great things from fellow aficionado’s and enthusiasts.   I made a point to seek out Nabil Sabbah, the owner of Elogio, at IPCPR this summer to let him know how much I truly enjoyed the cigar.  I was lucky enough to score an interview with him,…

The Drew Estate Papas Fritas came to me by way of a side trade with one of the Cigar Federation mods, Matt.   As a Canadian, it’s difficult to get cigars at the best of times, that certainly goes extra for anything that is hard to find.  I was happy that I was able to secure one of these for a review.

Tons of cedar here.  The fermented tobacco immediately takes my mind back to our tour of the…

Released at IPCPR this year, the Roma Craft Tobac Craft Series is the newest cigar owners Skip and Mike have released.  The La Campaña is a 2013 limited release with only 10,000 cigars being made. The La Campaña basically takes every tobacco Roma Craft cigars use, minus the Indonesian binder from the Intemperance line, and combines them into one cigar. You can read more about the cigar below which was written by Charlie at …

I don’t have a lot of aged Cuban cigars in my humidor, so when the H. Upmann Edición 2009 Limitada Magnum 48 became available I jumped at the change to pick up a box.   For those of you who like to track box codes, the code on this is MOA SEP 09. 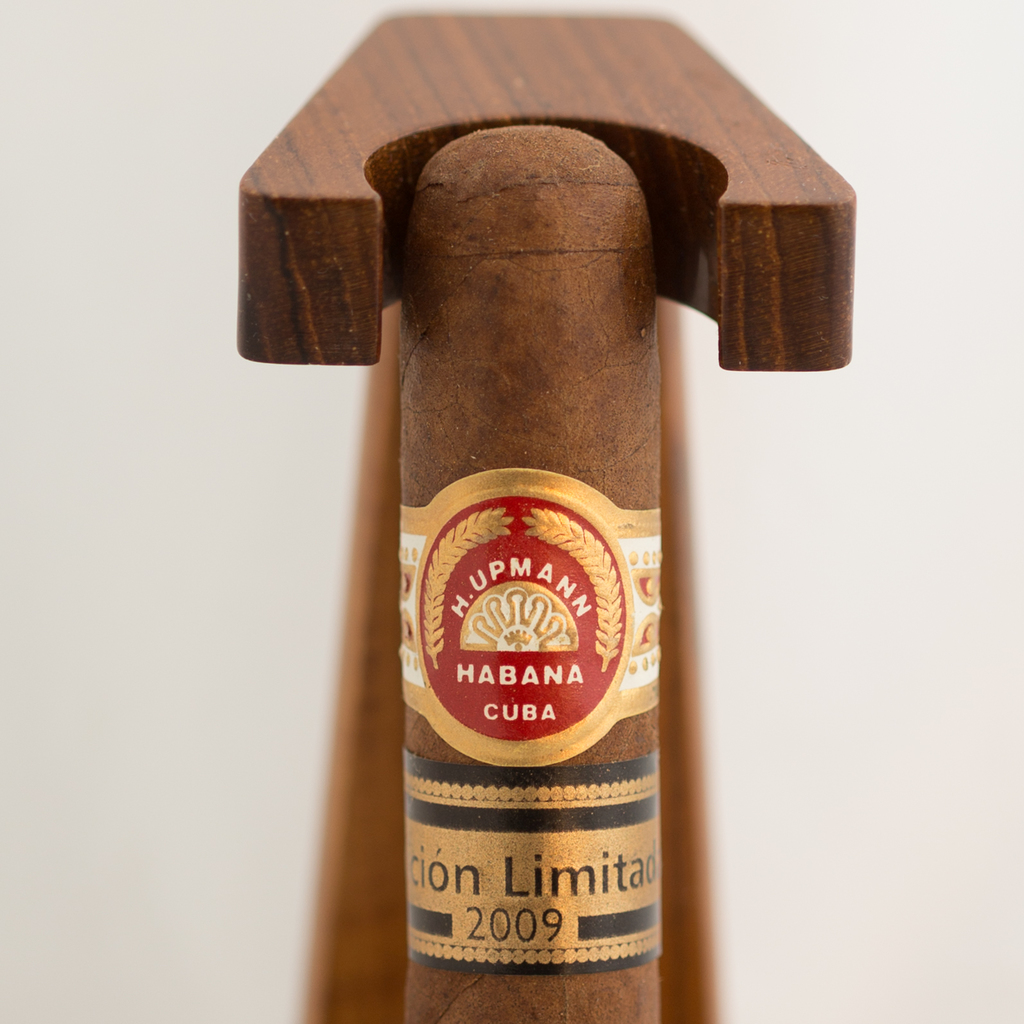 When you smell a Cuban cigar, you’ll know it.  A combination of dried hay and cedar with that uniquely Cuban rich tobacco scent.

Please join us on Monday October 28th at 7:00PM CST and welcome a guest from Ezra Zion Cigars.

I always hate that I rarely get home in time to watch Cigar Chat, but when I do, it always seems like I get excited for a new cigar, and the Cult Ometepe was one of those blends that intrigued me after catching Chris the owner on Cigar Chat.  It seems like the medium blends coming out of Nicaragua that excite me either have Corojo or Ometepe involved in the blends, and lately I have freaked out over several blends that…

This Flor de Las Antillas Robusto came to me by way of a Redditor who bombed me, Zekes2517.  It’s always nice to be able to try something new, thanks very much Zekes2517!

Sweet hay and cedar here.  I wasn’t able to pick up much else but I was eager to light up.

Flor de Las Antillas by My Father Cigars was in the Robusto vitola, measuring 5” long with a 50…

Gary Griffith of Delaware Cigars along with Kyle Hoover and Chris Kelly of Cigar Federation announce a new joint partnership.

“There are many folks who don’t live close by a great cigar shop” Griffith noted, “We need to find a way to serve them as well.”

My final Crossfire Cigars review of the week is on the Crossfire Habano Executivo. Yet another awesome looking cigar, IMHO, from the guys over at Crossfire. The Habano wrapper is a deep, rich brown and a littler rougher than the other blends, with a large vein around the front of the cigar. It wasn't any sort of problem, just something I noticed.
Find more photos like this on Cigar… 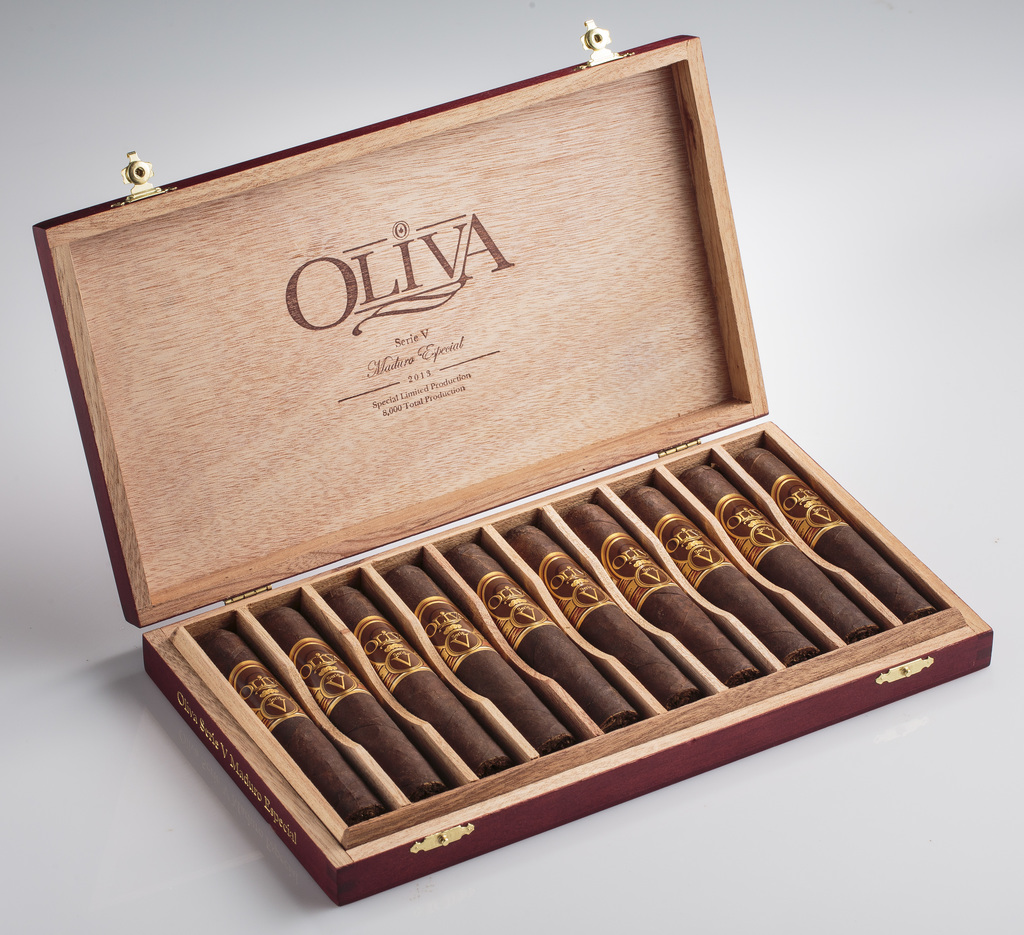 For my second Crossfire Cigar review, I changed it up a bit, choosing a Crossfire Maduro Magnum. It is a great looking cigar for sure and it lives up to it's name. The Crossfire Maduro Magnum is a large 6x60, though it also comes in a Gordo 5.5x56, and a nice, albeit hefty, in hand feel. The wrapper is extremely smooth and has an attractive, chocolate-brown coloring. Much lighter shade than what I am used to seeing in a maduro and I was interested to see how the flavors… Esteli, Nicaragua — 1968 was the year when it all started: the first Premium Nicaraguan cigar was hand- rolled in Estelí under the Joya de Nicaragua seal. With it, the Nicaraguan cigar industry was born and a new era for Premium hand-rolled cigars began. JOYA DE NICARAGUA S.A is proud to honor this achievement with Cuatro Cinco, a Limited Edition…

The Ideology by 262 Cigars was won courtesy of Cigarbrief.com and their Foxtoberfest contest.  I had never smoked anything from 262 Cigars previously so it was a wonderful opportunity. An interesting nose here comprised of some floral notes and saddle leather.  I can’t…

With Crossfire Cigars coming on Cigar Chat this Thursday, I figured it was time to start smoking my stash. This morning seemed like a perfect time to light up this Crossfire Connecticut Executivo. I am a sucker for shaped cigars, especially perfectos like this one. This Crossfire Executivo is a very clean looking cigar, with smooth lines and a great color.

G from Bodega Premium Blends sent me this picture last night. Below is a sneak peek of what their boxes will look like for their freshman release, slated for November this year.

I always love it when I get a chance to watch CigarChat and hear about blends that get me excited.  The Black Label Trading Company show was one that got me pumped.  When I hear Logan and Matt say blends were not strong or full enough for them, but still excellent, typically, that means they are right up my alley.  Therefore, I asked Logan for a trade to get my hands on…