A MUWAT Kentucky Fire Cured, a J. Fuego, a Villiger and an Editorial

It’s been a weird and busy week. The onset of Autumn bums me out. There were events I could have gone to, but just wanted to be at home.  On weekdays I’m happiest to come home from work and stay there.  I skipped the Delaware Cigar festival yesterday because we were supposed to pick up our son st the airport after a 23 day trip, and I’ve been the the last couple years. Its a great event, don’t get me wrong, and I love seeing old friends, but do you guys really want to hear about it…

Spann led the association to the two most successful trade shows in the association’s 82-year history, and reversed a decade-long decline in membership

Columbus, GA-Citing a two-plus year separation from his family and the opportunity for employment in his new home town of Jacksonville Beach, Florida, IPCPR Chief Executive Officer Bill Spann today informed his Board… 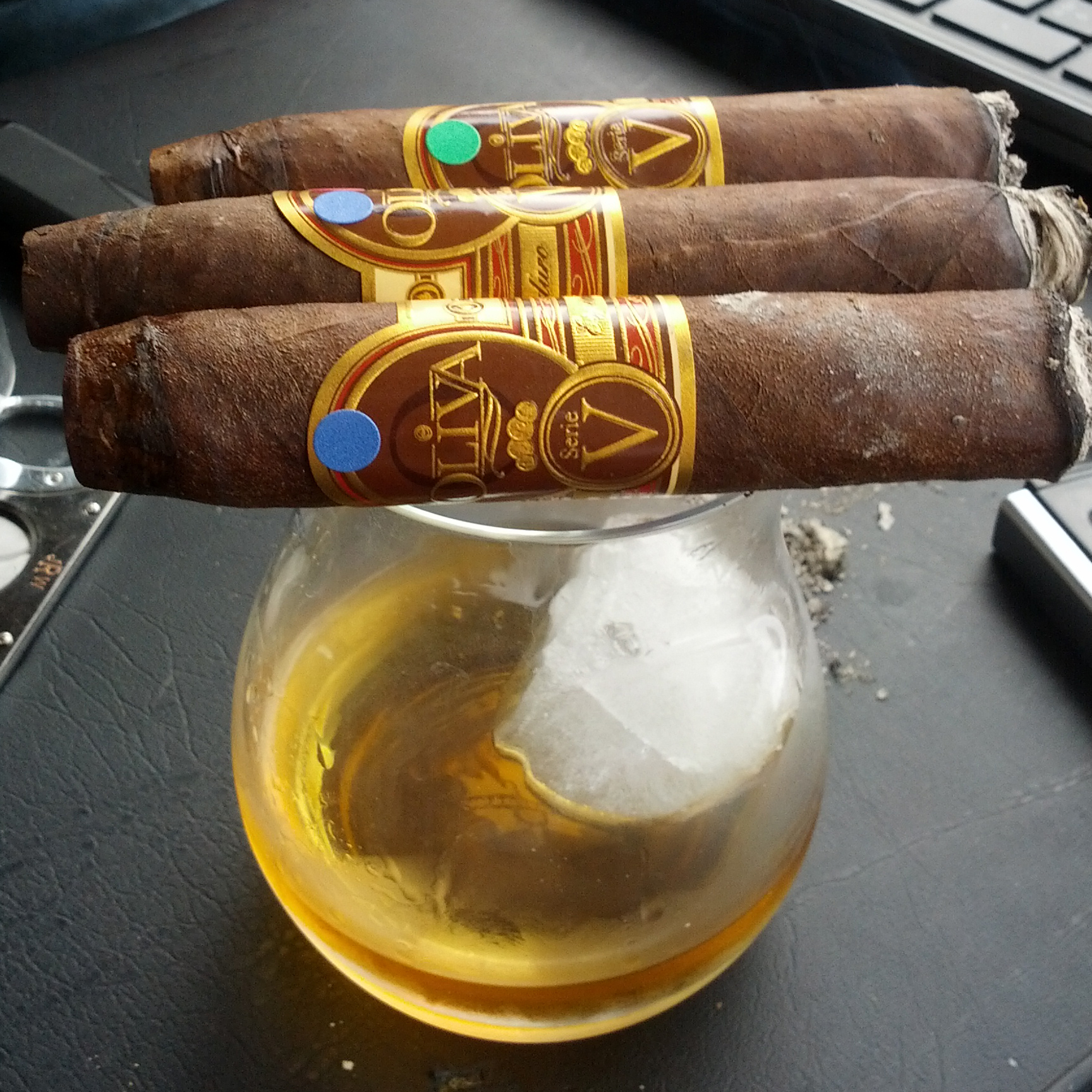 My journey into the world of the Oliva Serie V Maduro releases started back in 2011 when a Redditor by the name of /u/SpeedGeek bombed me with an Oliva Serie V Maduro Especial from the 2011 release.  I enjoyed it so much I immediately went out and purchased multiple boxes to enjoy and begin aging.

I'm back! And, as promised, as part of my Lose Weight, Smoke Cigars effort, since I recently hit 5 pounds down, I got me a cigar! Since this was my first 5 lbs, I got to have a "cheap" stick, so I grabbed one I've never had: the Siboney Reserve Robusto. Cheaper than cheap, even, because I got them at auction, 5er for $5. Even regular price at Famous Smoke they're $18, so regularly a $3-ish stick. I grabbed them because no one else was bidding on them. Why? Couldn't tell you.

Tonight Omar from Fratello Cigars will be on CigarChat so you will be able to hear all about his new cigar company first hand, but in case you can’t make it here is the abridged version.

Conceptualized 20 years ago when Don Rafael, manager of the small retail store next to my home in the Dominican Republic, brought me in to watch a torcedor (cigar roller) perform his art. The torcedor finished the cigar, handed…

I had a comment on last Wednesday’s installment taking me to task on my use of the name “San Andreas”.  Doug said:

“Cigar leaf wrappers do not come from San Andreas –that is a small town in California that (to my knowledge) does not grow tobacco. However,  San Andres in Mexico is the prime tobacco growing region of that country. “

Of course, Doug is right.…

Fratello Cigars will be on Sale Starting Tomorrow!!

Just got done talking to Omar and have some great news. Starting tomorrow morning and running until Saturday at Midnight we will have have Fratello Cigars for sale in the Cigar Federation Store.…

While at IPCPR this year we sat down with Terry and had a chat while smoking one of these T.L. Johnson Legend Reserve 63 cigars. I honestly did not smoke many of the cigars I received at the show, at the show, because I wanted to be able to enjoy them on a clean palate when I got home. Even so, the Legend Reserve 63 still made an impression. I remembered how the spice increased a bit more every third and that it was full of flavors. So, I was excited to get my hands on another one, and be…

Yesterday, Alec Bradley took to Facebook to announce that burglars had stolen nearly $600,000 (retail value - $300,000 wholesale) in product from their warehouse:…

I apologize that my blogs have been becoming increasingly infrequent, but with some strict deadlines at work and a 5-month old at home, I just haven't had the time to sit down and smoke as much as I'd like - much less share my musings on what I've smoked.  In fact, I think there was a stretch of almost 10 days from late August through the first week of September where I just flat out didn't smoke a cigar.  Alas (who says that?), I have been able to partake in a few smokes over the past week…

Macanudo Café Gigante (6 x 60)
Welcome back, friends! Another review is upon us! Thank you all for following along and being patient as it's taken me a bit to get this one to you. Today, I have the Macanudo Café to review for you. This one is another sent from StogieBoys! I am so spoiled, I'll admit it. Let's begin.
I remove the cigar from its wrapper and I notice a couple of cracks near the head. This is the…

Make no mistake, I love me some Habanos, and just like every other cigar region, there are many brands with different flavor profiles to explore.  One of those brands that fly under the radar is Juan Lopez.  I was interested in trying some and scored a fiver from a forum friend with a box date of March 2011.  Given I prefer to try before I buy, I had one a few weeks before this review, and figured I would review another to give other BOTL a chance to hear my thoughts if they…

I’m still working on smoking IPCPR show samples, but a couple smokes came into my possession since the show that I thought needed mentioning. Thursday evening I smoked a Berger and Argenti “Fatso” Dipper.  This funny little 4″x 62 perfecto is severely square pressed.  It actually measures about one inch x one-half inch, giving it the same proportions as a 2×4.  The first example I smoked a couple weeks ago left me…

We have Omar, owner of Fratello Cigars, coming on CigarChat this Thursday September 19th at 8PM EST. You are in for an exclusive. We will have the chance to chat with Omar before Fratello officially launches the next day…

Drumstick has the same blend as found in other Headley Grange…

Tonight on CigarChat will we will have DeSiena Cigars. Make sure you show up for your chance to win a five pack of the DeSiena 312.

Also, if you have any questions for Adam, owner of DeSiena, make sure to leave them in the comments below.

The DeSiena 312 is a cigar that was just released this year, 2013, but has been years in the making. I could go into more depth, but I am sure it will all be covered by owner Adam DeSiena tonight, 9/12/13, right here on Cigar Chat. ;) Last night I smoked the DeSiena 312 K-4 Robusto. A nice small robusto, that took me right at 1.5 hours to smoke. Pretty quick…

PDR and Primer Mundo Cigars Were On The Menu This Week

I’ve not knowingly smoked many cigar from the PDR portfolio, but after this weeks sampling, I may have to re-think that position.  I recently received some samples from them and decided this would be a good time to smoke them and see what the forks at PDR (which used to be Pinar del Rio Cigars) have been up to.

Read all about the smokes at…