Friday weekly review. This week is a pipe week. I know I am late.

I have been looking forward to this Espinosa Cigars 601 La Bomba Warhead since I first read about it. If for nothing else, I was in love with the band and packaging, but also because I am a big maduro fan. I was lucky enough to snag one while I was at IPCPR this year and I've been letting it rest, waiting for the right time. Well, if anyone has noticed my general absence from "them internets" lately, you might have guessed that I have been busy. There is a lot going on down here right now,…

Inspired by hot rods and pin-up girls, the revved-up collection is box pressed across all four sizes, ranging from a lancero to a 7” x 70, and are hand-shaped to deliver a striking flat top.

CAO’s senior brand manager Ed McKenna said, “Rick Rodriguez and I were talking about the great people we’ve met at CAO events across the country, and about the conversations we’ve had with…

This was taken from the most recent IPCPR Newsletter. I think it is a smart move, for two reasons. It shows that Christian is "green friendly", and he is able to buy back boxes on the cheap, thus saving some production costs.

Beginning August 2013, we will start to buy back our reusable cigar boxes from our retailers. This is consistent with our BAYER Better Manufacturing Practices and Better Growing Practices initiatives to lower our impact on the environment. Our farms…

Press Release: With G.A.R Deli Anyone Can Blend Their Own Cigar

Miami, Florida – G.R. Tabacaleras Co. Cigar Factory. About three years ago, George Rico envisioned developing a project where his customers could create their own cigar blends without having to go through the very costly process of coming out with a line. This concept became a service now being offered at his G.R. Tabacaleras Co. factory in Miami, known as G.A.R. Deli. According to Rico, G.A.R. Deli was one of the primary reasons the Miami factory was opened. The factory was supposed to be a…

originally posted to my Cigar blog

This is my review of the Gran Habano Corojo Vintage 2002 in the Robusto vitola.  I ended up picking these up as a bundle of 20 from CigarBid for an absurdly low price.  I had heard some positive reviews and I thought for the money I might as well.  Worst case scenario I'd be left with some sticks I would be giving out at herfs.… 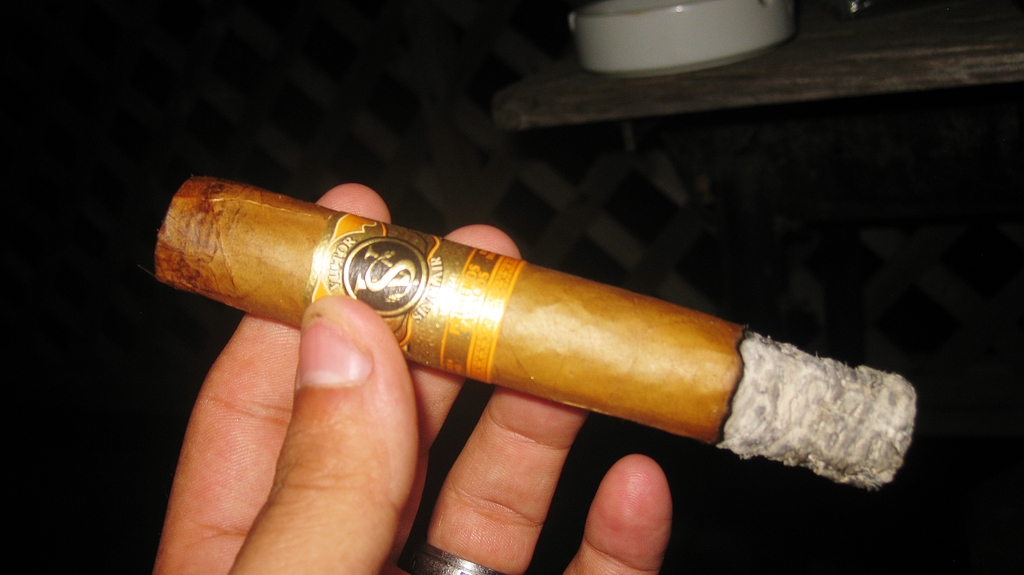 From: The Cigar Collection

Victor Sinclair Primeros Robusto (5.5 x 50)
Welcome back to The Cigar Collection! Today's review will cover another cigar sent to me from Sheryl at…

I have a weakness for the 1502 Black Gold, a beautiful Nicaraguan puro with a maduro wrapper.  When I have these in my humidors it’s all I can do to not smoke them up right away.  Something just hits me right about that cigar, and my only option is to smoke them.  Both vitolas, box pressed Toro and Torpedo, have a partially closed foot, which gives a blast of tasty wrapper flavor right…

There has been some big news around EPM and PDR recently and Rob was able to sit down with Sean Williams, owner of El Primer Mundo Cigars, and Abe Flores, owner of PDR Cigars, at IPCPR this year.

EPM is now being…

C&C Roll Back Connecticut Robusto (5 x 50)
Hello, again! Glad to see some of you are still following along. Today I'm reviewing a cigar sent to me from my friends at Stogie Boys. C&C is represented by former Cusano president Joe Chiusano. This brand of cigars was debuted in 2011. Today, the company has various lines for the everyday cigar smoker to try with most of their tobaccos hailing from the Dominican Republic. Now, on to what…

The  Drew Estate Liga Privada 'Surgeon' Safari Blend came from a blending session during the Drew Estate Cigar Safari in April 2013.  I had the chance to speak at length with Willy Herrera who gave me lots of pointers on what leaves and proportions to blend for my flavor goal. I was sick all weekend. Nasty stuff. That meant no costs until tonight. Choose to keep it kinda mild with a CAO MX2 that I got recently from the puff.com lotto that I won. It had been resting for 8 months before I got it and the cello was getting nice and yellow. MX2 indicates it’s a double Maduro with a Maduro wrapper and binder.

Just talked to Chris from Ezra Zion and they are donating a box of the Tantrum's to the Project Manana Raffle.

Hey, friends! I'm back with another review for you all. This time it's another C&C from my friends at StogieBoys. This cigar is one of my favorites so far from C&C.
I smell the foot of the cigar and detect hay, cocoa, and earthiness with a mild sweet scent. The pre-light draw is open with notes of earthy hay and spicy sweetness. The…

Being rather new to the industry, during the IPCPR show, Jerad and I made a point to go on missions to meet new folks to establish relationships with people not connected to cigar Federation.  One of these vendors was Brun Del Re based out of Costa Rica.  Alan Fonseca, of Ezra Zion, is a big fan of Costa Rican tobacco, so when I saw their banner representing Costa Rica I was immediately intrigued.  Jerad and I sat down with Carlo Corazza, the man behind the brand, and the…

Core Zero Indie Robusto (5 x 52)
Welcome back, brothers and sisters of the leaf! Today's review is of the Core Zero Cigars Indie. I've already had a few of these, so I know what to expect. I extend tremendous gratitude to Bryan Butler and the rest of the folks at CZ for the sample pack of cigars. Now, let's get to the review.
I've smoked two or three of these already, like I said earlier, so I…

It’s no secret that I’m a fan of Eddie Ortega and his cigars, going back as far as the REO.  While I  haven’t gotten around to sampling any of his Wild Bunch series, I have enjoyed the heck out of the Serie D line. At the show Ortega Cigars re-released the Cubao line, and I smoked No. 5 Friday evening, at least I think that’s what it was.  I should have measured it because there’s still some confusing information…

This was a cigar handed to me by the local rep. I had no idea about it and wasn't even all that curious either. I'll tell you, though, it's a great dessert stick.…

CI Legends: Orange Label by Rocky Patel Toro (5.7 x 54)
This review covers the quite established CI Legends cigar, the Orange Label from Rocky Patel. I have high hopes, being that I enjoy Rocky Patel cigars and am also a loyal CI customer, so we'll see how this goes.
From first smell, the scents I receive from this cigar are an earthiness as well as hay. There is a sort of barnyard and hay-like flavor on the pre-light draw.
At first light,…