Yes, yes, we’re a bit late to the dance on CLE sticks, which made their debut in 2012, but we intend to make up for lost time. Christian Eiroa, namesake and creator of the brand, has long been one of the heavyweights in the industry, along with his father, Julio, directing the fortunes of Camacho cigars. He served as president of Camacho even after his family sold the company…

Ok everyone, I am pretty new here and one of the things I like to do is Meme-Verbal Reviews. What is a Meme-Verbal review you ask? Here is the best way I can explain it:

As we all know, the web and television have fractured how we view things! Everything in our life is done in quick bite sizes. Fast food, Fast Cuts in Movies, Fast Cars, Fast Women, Fast LIFE!!

With that, I have decided to take that concept and add it to my reviews. I figure the internet MEME is the fastest…

My decision to pick up the La Reloba Seleccion Mexico Robusto came from a Redditor who’s frequently on hangouts smoking and driving interesting discussions, /u/MisterBastahrd.  He tends to have a solid pulse of my what I like to smoke, so I can confidently buy a 5 pack or more never having smoked them before. The meaning of Hechicera is a female sorceress, who has the ability to captivate and enchant those around her with her beauty and charm. “I am very excited to be working on this project with Christian and to be starting my own cigar brand,” says Sotolongo. “The cigars are a medium-to-full bodied blend that are sure to mesmerize and…

++Important Notice: This is a pre-release version of the Nica Rustica. It was a sample that came to us from the IPCPR show this year. With that in mind, this cigar might not be exactly like the one that is released in a…

At IPCPR this year I picked up one of Villiger's new sticks from my Texas rep, the Villiger Selecto. I got the corona gorda and the lancero. As my free time has been limited, I decided the smaller 5x46, would fit my time window better. I've also never had any of Villiger's cigars, so this will be my first experience with them. 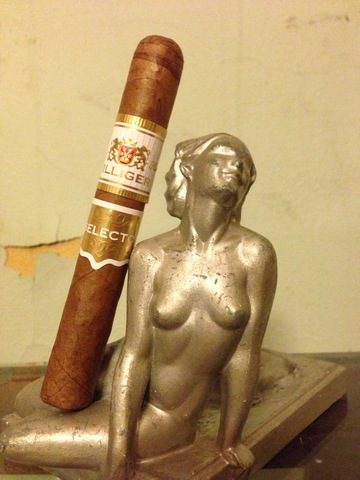 The Villiger Selecto is a very…

Several sources and Jose himself have confirmed that his 2 yr contract with Joya de Nicaragua will not be renewed.

On his Facebook timeline, Jose announced that he had left his job at Joya de Nicaragua, and halfwheel broke the news to the cigar community at large resulting in an inundation of support and…

New La Glorias and CAOs, a La Zona, a Culebra, and Another Contest!

I’ve smoked a couple of La Gloria Cubana Serie R Esteli No. 54 and, for me, it’s a winner.  It was exactly what I was looking for Sunday afternoon in the pool. Of course, I’m a La Gloria fan, heck, I’ve dedicated the Adorini Cedro Deluxe humidor I got from Humidor Discount to the brand (OK, I may put a cigar in there for a while when I’m…

“Blessed Leaf is a unique idea, something that has never been done before. It’s a faith community--or in more basic terms--an “online church” for cigar smokers.” Noted Hoover.

Normally, I find Alec Bradley cigars to underwhelm me. I have smoked the majority of their stuff and none of their cigars jumped up and said, “this is a great cigar”. That fact might have now changed.

Welcome the Alec Bradley Nica Puro. Below is a little about this cigars from my friend Cigar Coop.

The Alec Bradley Nica Puro is a new core line…

The AFR-75 is one of two new blends released by PDR Cigars at IPCPR 2013.  I was able to sit down with Abe Flores to talk about his new blend at the IPCPR show (video is below).  The AFR-75 is available in three sizes favoring the larger ring gauge.  For this review I smoked the Sublime, which was 5 x 56.  I’m not a fan of larger ring gauges, but I didn’t mind the size on this one.  The Edmundo (6 x 58) and the…

Project Manana: Make that 21 Prize Packs Thanks to Espinosa Cigars

Just spoke with our good friend Anthony from Espinosa Cigars. Anthony is adding the below into the prize pool for our Project Manana donation drive. Make sure to thank Anthony and Espinosa Cigars for the generous donation. I know I will.

If you love full body cigars, with a ton of flavor,…

You heard right. Kip from Cigarmy just sent another box of cigars for our Project Manana prize pool. Make sure to get your donations in to support this great cause and the chance to win a ton of great cigars.

Long time no talk, Cigar Federation!  Between my blog about Black Label Trading Company, a family vacation, and working on planning and promoting Cigar Federation's Raffle for Project Manana, I've been a bit busy lately, and, thus, haven't posted as many reviews as I would have liked.  Today, I'm going to…

I was perusing Instagram one day, and noticed a comment on one of my cigar pictures mentioning Hendrik Kelner Jr.  The comment was from El Cedro cigars, so I did a little digging and found out this was another brand produced from Kelner Boutique Factory (KBF).  ARZ are Phoenecian letters that stand for Cedar and bear the name of El Cedro’s initial release. At the time, the owner contacted me for review after IPCPR, as his line had not yet been released.  Fast forward a couple…

The Nestor Miranda Grand Reserve 2012 came to me by way of a generous Redditor QuikAF77 who bombed me with this cigar.  It wasn’t until after I reviewed the stick and found out the value that I realized what a generous bomb it was. 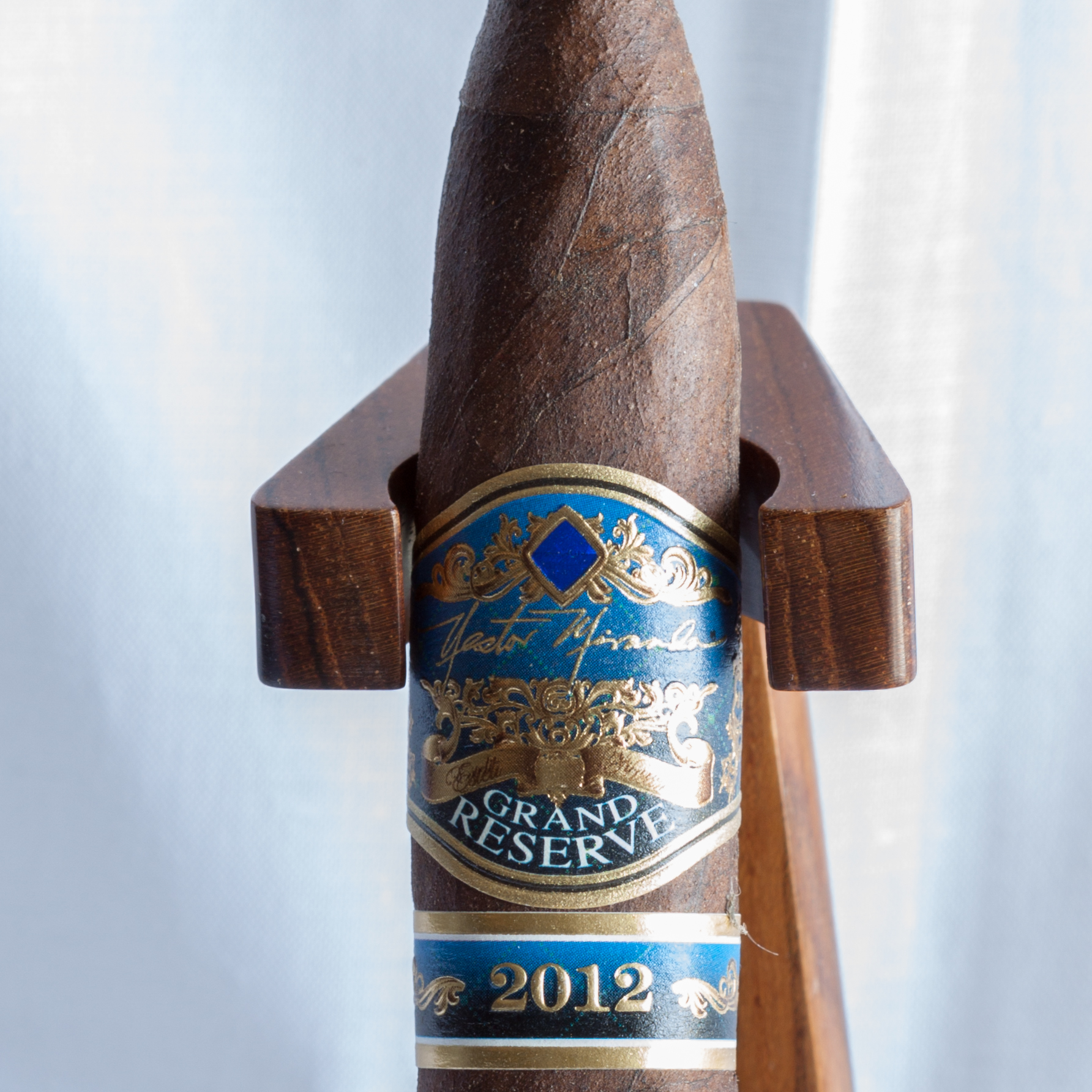 I picked up cedar notes, some hints of coffee but there wasn’t much else going on here,

Curivari Cigars is a brand that I have been intrigued by for a while now and the Curivari Reserva Limitada 4000 is the reason.  I first smoked the Reserva Limitada 4000 at a herf about 9 months ago.  A buddy of mine handed me one and told me I was going to love it.  I had heard of Curivari and seen photos online, but my local B&M didn’t have them in stock yet.  As you may know, herfs can get a little crazy, so by the end of the day I had smoked 3-4 different sticks, but I remembered the…

IPCRP 2013 - Guayacan Cigars, and Other Cigars That Start With G

As we were working our way through the House of Emilio booth at the IPCPR show we were introduced to Noel Rojas, the man behind Guayacan Cigars.  Noel has an amazing story, which he shares in the video below.  His cigars are top notch, I smoked a torpedo this week that I've had in the humidor since last December and it was fantastic.  I found it to be complex, medium bodied, and had a really nice hint of citrus that…

Ok,a lot of guys on CigFed really know their stuff, and they are definitely worth listening to. However, there are a lot of you who, like me, read or watch a review and think, "You taste WHAT? If you say so, dude." For you, it probably hasn't been that long since you've puked up your shoes halfway through a stick because you didn't know what you were getting into, or because you hoped you could balance a nic buzz with more alcohol. I know you're out there, so after a little encouragement, I… Continue