The San Cristobal will contain a Nicaraguan filler and binder and be wrapped in Ecuadorian Sumatra.

According to Halfwheel, Drew Estate is going to be adding a 7 x 70 vitola to their original MUWAT line. I know there is a trend in the market, which is moving towards smaller and larger ring gauges. MUWAT already comes in larger ring gauges. I think it would be interesting to see what the MUWAT is like in a smaller vitola. Just a thought.

In addition to the MUWAT Kentucky Fire… I know a lot of people don't seem to like the large manufacturers, such as General Cigar, but CAO makes a few sticks that I really enjoy, specifically, the La Traviata & Brazilia. Now you can add the OSA to that. I've heard a lot of things about this blend, and I even seem to recall it getting some really high ratings, from multiple sources. So, on to…

A Gurkha, a Couple More Villiger NicaRomas, a Leccia Black and a Guest Cigar Review

It’s the eve of Independence Day, and I have a four day weekend ahead of me.  Then it’s five long work days before heading to Vegas for the IPCPR show.  I’ll be throwing out videos and photos from the show as wireless access allows.  We are looking forward to bringing unique content from the show.  Gee, I hope there’s something new and interesting there to see!  Anyway, I smoked a few cigars this week. starting with a …

Cigarmy just posted the following press release. Personally, I think it is a solid move for Xikar.

Press Release: Oliva to Release Machine Made Cigar in the EU

I find myself asking why?

MIAMI, FL – July 2, 2013 – Oliva Viejo Mundo, the first machine-made cigar from the Oliva Cigar Company, will be introduced this month in Germany, the Netherlands, Belgium, Poland and Switzerland.  Future plans include an introduction in the United Kingdom in October and the United States in 2014.  The Viejo Mundo is a full flavor cigar for the smoker who appreciates a rich premium tasting cigar at a machine- made price.

The Viejo Mundo is produced… Press Release, July 3, 2012 – Luis Sanchez of La Tradicion Cigars and Terry Johnson of T.L. Johnson cigars are excited to debut a new joint venture line of cigars that will release fall 2013. A limited release of the new blend will be available at the 2013 IPCPR in Las Vegas. The name of this blend is currently being withheld until release date. The Crucible is limited edition cigar from AJ Fernandez and the Diesel line of cigars.  If you do not know who AJ Fernandez is, you should.  Let’s just say he learned the art of tobacco and… 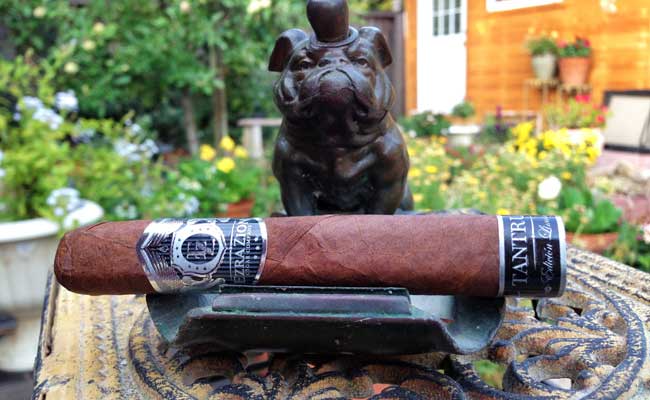 Brand 93 Rating for TANTRUM from SethsHumidor.com!

I have always said that if the opportunity presented itself for me to make a cigar I would do so. I have also admitted with that statement that I would end up making vitola offerings in the line that would not appeal to the masses. It would not do well commercially, but would be a cigar that spoke to the true cigar enthusiasts. I am sorry, but at the end of the day a majority of cigar smokers are misinformed on what defines a terrific cigar. They are all about going for a big cigar and do…

This year I will miss IPCPR due o the fact that business is going wonderfully and I need to stay at the shop. Unfortunately, this means I will have to wait until the guys get back from Vegas to hear about many of the new releases. Last year, one of the new brands that took the show was Ezra Zion Cigars. I was taken by the quality and flavor from this new company and each of their…

The Ezra Zion Tantrum was pre-released to select retailers in April and will be officially launched at IPCPR this year. Tantrum is presented in boxes of 28. The total annual production is 1500 boxes and is considered a limited edition.

Since this isn’t fully released, I will re-review the Tantrum after IPCPR.

I won a box of these from the RobbyRasReviews  cigar chat they had with Enrique Sánchez of 1502 cigars.

The nose on these was hay and barnyard with a light chocolate background.  Very interesting.

With IPCPR fast approaching, CigarChat is working overtime to bring you all the latest info!  We've got TWO great shows lined up TODAY (July 2nd)!

We posted the other day the breaking news about Nomad Cigars full production run this call. Here is the press release, announcing more details. 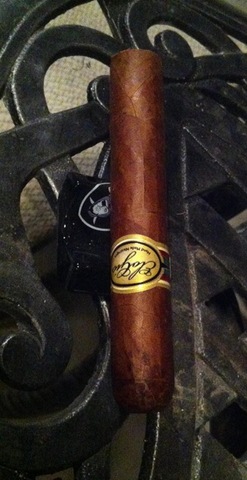 Tobacco is a tradition steeped in long family traditions, with secrets passed down for not just decades, but centuries.  Amongst the legends of the world of cigars, stood Don Alejandro Robaina at the top of the Habanos world, widely regarded as the greatest of our time before he passed a few years ago.  Enter Carlos Pereda Robaina, grandson to the…