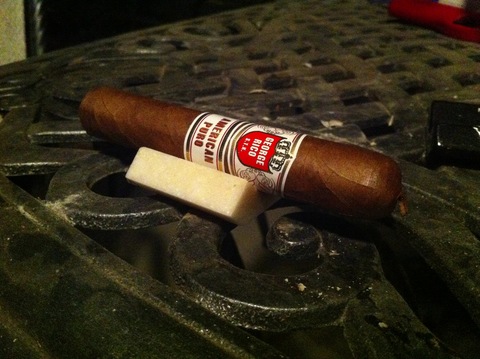 One of my biggest disappointments at IPCPR, was not meeting George Rico.  He seems like a class act, and everyone I talk to speaks highly of him, so I made sure to hit the booth with Jerad during the show.  At the…

While I have my own blog elsewhere, I think this will make a great place to help share my last cigar. Or... My Previous Cigar (MPC).

MPC was last night (hey, i just poured my second cup of coffee.) 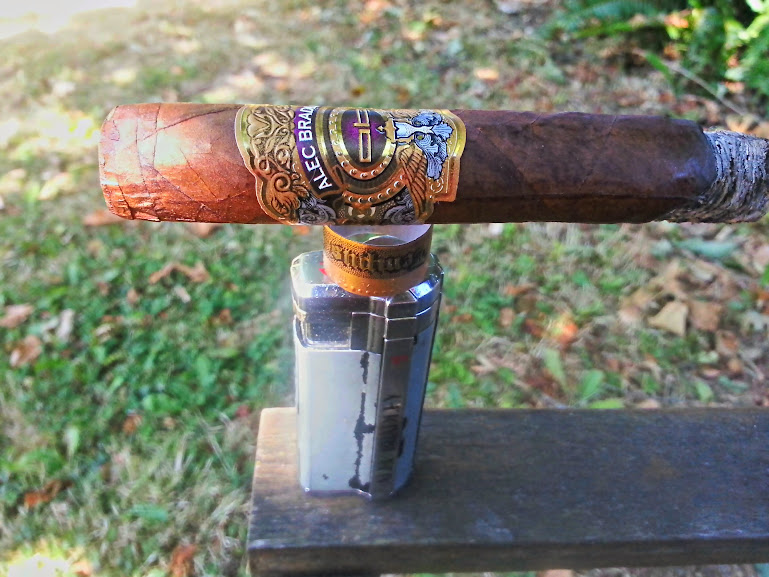 Today's IPCPR video features our visit with none other than Room 101's own Matt Booth.  I still find it to be quite a contrast that Matt is in the Davidoff booth, but Davidoff has done a wonderful job diversifying their portfolio with the addition of the newly re-branded  Camacho,…

I was able to pick up this this cigar while at IPCPR this year, and I stashed it to be smoked on a clean palette. I have been slammed with work and life issues since returning, and have had a hard time getting to a review. I actually smoked this on Wednesday, but I was not able to get to the review until today (Friday). So, here goes, all be-it a shorter than usual review.

This is the third and final post in the Garofalo Trilogy.  As I said before, Dave was very generous with his time and we recorded eleven or twelve minutes of video.  It's chopped up because it wasn't until we were finished that we realized it went on for that long.  In this final segment Dave talks about his Two Guys Smoke Shops in New Hampshire.

See the video and the rest of the story at …

Rob and Logan sit down with Moya Ruiz to talk about their newest release. The Habano was released during the show.…

Catfish interviews, HKJ, who is now producing his own line of cigars called, The Smoking Jacket. Catfish was the first person to review this cigar.…

The parties during IPCPR are usually pretty amazing. Typically, they will include some free cigars, good music, good company, and free drinks. Below are the parties the Cigar Federation crew attended.

Had a good time at this party. I was downtown…

I know many of my readers also listen to cigar podcasts, and I’m a big fan.  One of the ones I've been listening to for a few years is The Cigar Authority.  It took some time for me to get used to the funny accents

, but I’m constantly entertained, and have even managed to get mentioned on the show here and there! Usually it’s when I've e-mailed to point out some inaccuracy or something…

Logan and Rob chat with Eddie about his company Ortega Cigars. Eddie as you know is a crackup and he rips on Logan and Rob pretty hard during the interview. Well worth a watch.…

Logan and Rob sit down with Gary, owner of Emilio Cigars, to chat about cigars and life. Gary talks about his passion for his new cigar, the Mia Dora.…

IPCPR: What I Smoked During #IPCPR13

Needless to say, but I smoked a ton during the show. I felt like a fat kid in a candy store with all those cigars around. Below is a list of what I smoked during the show. You will see that the lions share of the list is Ezra Zion stuff. All I have to say is the guys from Ezra Zion treated Rob, Catfish, Jerad, and I like family and opened their humidors to us. It was pretty amazing.

Before we get to the video, which will be shown here in the first of three parts, I’d like to say that getting a few minutes with David Garofalo wasn’t easy.  TheUnited Cigar Retailers booth was a flurry of activity, and nailing David down for a few minutes to talk was a miracle.  We actually made an appointment at 9:00 am, when the show opened, on Wednesday on the way out the door the previous evening…

Rob chats with Abe from PDR Cigars and Sean from El Primer Mundo Cigars. They discuss all their current product lines and how IPCPR treated them.…

Dustin chats with Noel, owner of Guayacan Cigars, to talk about his cigars. Also, Noel has a really great story so it is worth a watch.…

I've been going through a really good stretch over the past few months - despite being a new, first time father, I've had enough free time to enjoy at least 5 cigars a week, and typically many more.  Unfortunately, a streak of good luck, good weather and free time came to an end this week as I was only able to get out 3 times this week.  (Side note - this isn't completely true.  I know for a fact that I smoked a Herrera Esteli Lonsdale Club and a Camacho Triple Maduro Robusto at the very… 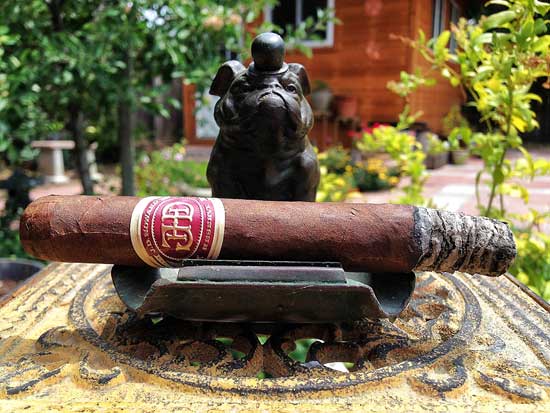 Click through for Final Thoughts, Recommendation and more pics