Victor Sinclair 55 Series Yellow (Cameroon) Churchill (7 x 50)
Today, I have another review for StogieBoys! I think Sheryl is wanting me to become her review slave. What ever am I to do? Anyways...jokes aside, I have enjoyed many cigars sent to me from Sheryl and the crew and hope to enjoy many more like the one I am about to review.
This company,…

Logan talks with the owner of Crossfire Cigars and discusses their entire product line. Crossfire Cigars is a little different and gives back all profits to charitable organizations. During the interview they discuss this mission.…

Rob chats with George Rodriguez, owner of Rodrigo Cigars, and learns about his entire product line. George breaks down his Habano, Boutique, and La Fortaleza blends. Also, George drops a some really good information about his upcoming Corona Project and Cinco 5 Brazil.…

I closed out last night with a robusto sized Pinolero by AJ Fernandez. This cigar was given to me by someone that was just visiting Portland the other week and happened to stop into Detention.

Giveaway: Win One of Five AKA Samplers!

Last night Jay and Tom from AKA Cigars were on CigarChat. During the show AKA gracious offered to sponsor another giveaway. Below are the rules and they are simple.

Prizes: 5 samplers from AKA Cigars

Barry Stein is no stranger to Cigar Federation, was recently on CigarChat talking about all the new releases from Miami Cigar Company. Here is a bit of what he shared:

“I can’t say there is one cigar we are releasing that I am hesitant to smoke. I am not just drinking the Kool Aid. The cigars that MCC is coming out with this year versus…

Here are some of the pictures I got to take with people in the industry during IPCPR 2013. Next year I will need to lose some pounds so I can be more photogenic :)

In an effort to do things just a little bit differently than everyone else, my wife and cameraperson, Jenn, came up with the idea to ask everyone a question at the end of our interviews.  Here is the compilation video of the responses:

Not sure if Pipe tobacco is allowed here or not, but I am going to post it anyways.

Kafie 1901 Don Fernando Maduro V Sixty (5 x 60)    Hello, BOTL! We're back again for another review. This time, a cigar soon to be released from my new friend, Gaby Kafie of Kafie 1901 Cigars. The debut for this cigar is set for two weeks from now, so I get the worm (stick in this case) a little early. Here is a little information about the blend from their site (… 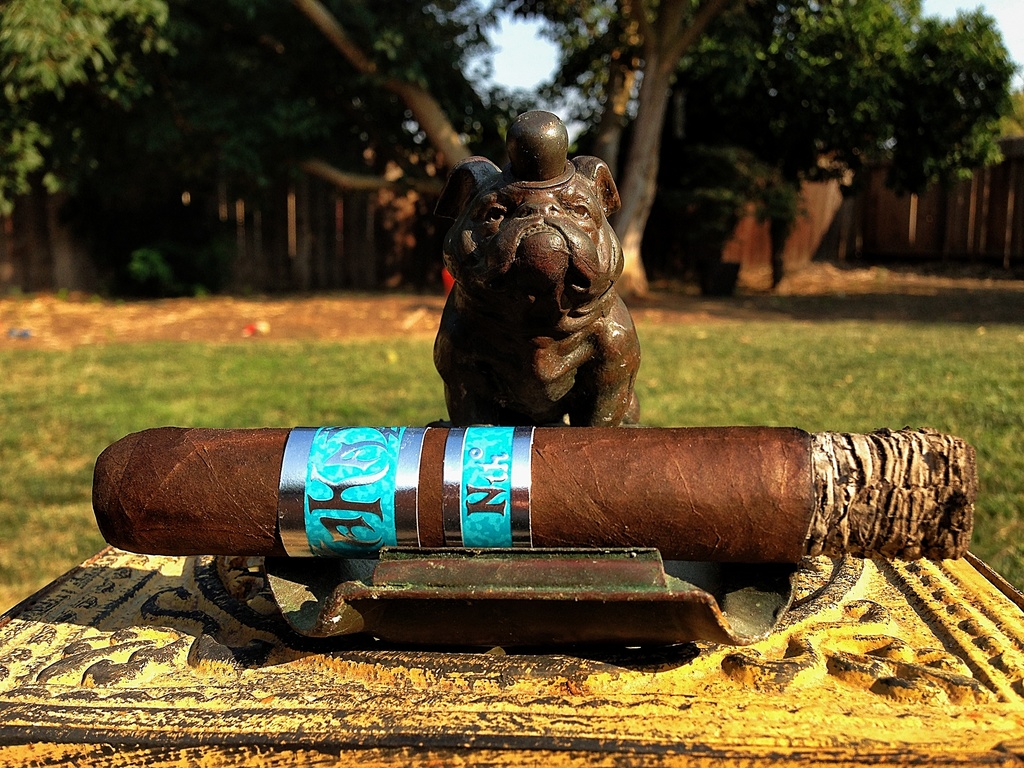 When I saw AKA Cigars owner Jay Lundy at IPCPR 2013, I was eager to talk with him about the new AKA Nth Degree.  I knew this was going to be their first maduro offering, but I didn’t know it was going to be a San Andreas Broadleaf!  We’ve had Jay on CigarChat a few times, but I met him in person for the first time at IPCPR 2013.  Jay was the first guest we…

Another slow week in the cigar enjoyment world for me as I only indulged in 4 different cigars this week, but it was 4 quality cigars.  One cigar that I did smoke, but didn't list was a Cortez Connecticut Corona from the Cortez Cigar Company based out of Shrewsbury, NJ.  Its been a busy month for weddings, and Saturday we went to our friends' wedding where Cortez was rolling fresh cigars so I picked up one of their Conny Coronas and…

Dustin chats with Elogio Cigars to learns about their entire product line.…

I couldn't have been happier. Last week, back at the Detention Bar, friends brought me a Punch Bareknuckle Elites. This was a stick that had long been on my wishlist. I love the size: 5.2" with a 45/64 ring gauge corona. IMO, this is probably the perfect size. Big enough to hold on to. Small enough to smoke in an hour or less. And it had plenty of flavor and body. This is one of my previous cigars from the weekend...…

Logan sits down with Fred Rewey, founder of Nomad Cigars, to chat about his LE line and his full production launch coming this fall. Logan also gets a nice surprise thanks to a very generous Fred.…

This cigar came to be by way of the Smoking Greek and his 13 for 2013 giveaway.

I was smelling black pepper and cedar undertones here.

I know I talk about marketing a lot, but you can't blame me. I have my MBA in marketing and have spent about half of my career in corporate marketing.

Espinosa Cigars recently announced the LE 601 La Bomba Warhead, which was scheduled to be released to IPCPR 2013. …

Logan chats with Stinky and all of his products. They discuss the new wall mounted cigar cutting station.…

The Opening Gala occurred Saturday night after all of the seminars for the day had finished. As you can see in the picture it was packed. I attribute this to the open bar.

Overall, it wasn't the mix of people that I expected to see. I would have assumed that more manufactures would have been in attendance, but that wasn't the case. Most of the big brand weren't there, but I did notice that several boutique companies like Reinado,…