Both lines will be released in 4 sizes and presented in boxes of 20. The Gent and Mistress are limited production releases only available to retailers attending the 2018 IPCPR. They will be available again next summer,…

June 29, 2019--Tony Bellatto, is preparing to release his company’s third core line called “Primitivo”. La Barba Cigars formed in 2012 and launched their brand with just one primary blend. In addition to a partnership with Robert Caldwell in the form of the Lost and Found series, Tony Bellatto has brought a number of new cigars to market. With this project, there was a certain theme in mind. 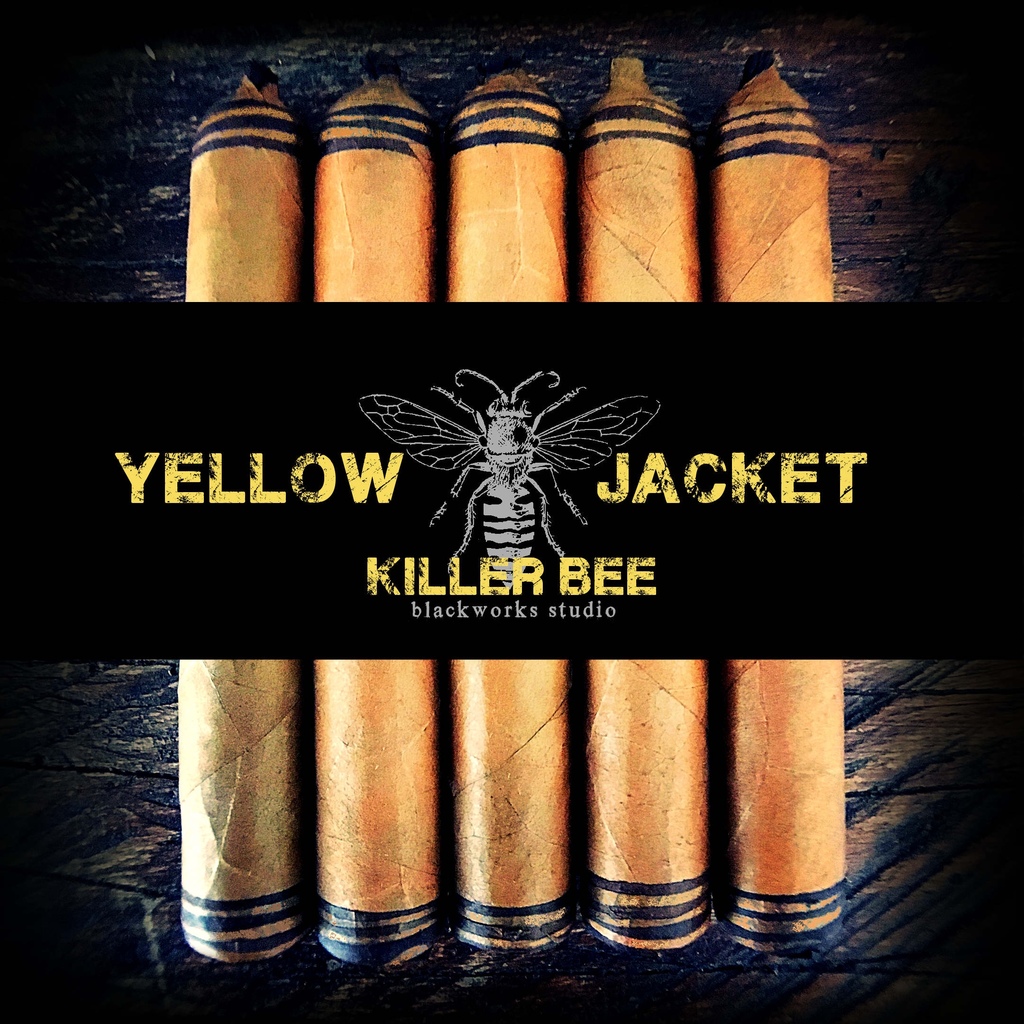 YELLOW JACKET will be available at select BLK WKS retailers for a limited time. This is a small batch release offered on a first come first serve basis to retailers attending IPCPR 2018. 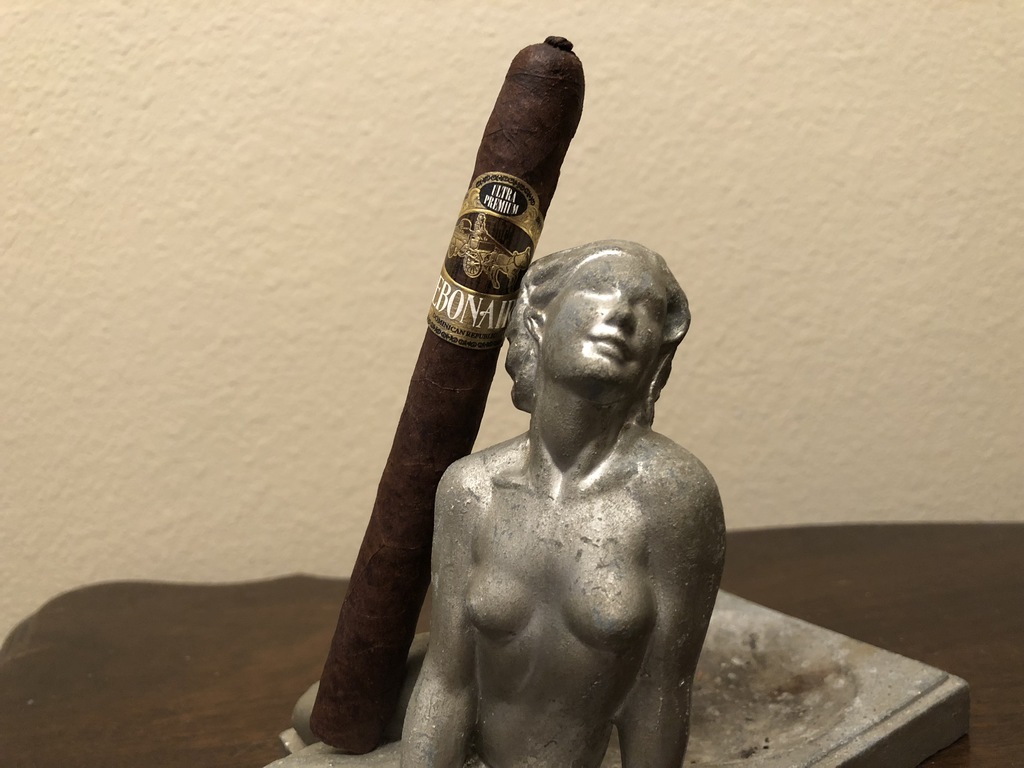 June 21, 2019--Cubariqueño Cigar Co. announces the release of the Protocol Themis Lancero for the 2018 IPCPR. This is the company’s third lanceo offering. Following the success of their prior lanceros which both took #1 Cigar of the year for 2016 on Cigar Federation and 2017 on Tiny Tim’s Cigar World, the company says they will continue with more lancero releases.…

“Ligero Hawaii is our second Hawaii exclusive and is a very bold, rich and complex cigar. It's a great representation of what BLTC strives for, full body and full flavor! The PA broadleaf wrapper adds a great earthy element that pairs perfectly with the…

June 19th, 2018– Royal Agio Cigars USA announced today that they will be expanding the Balmoral Añejo XO product line-up, with the release of both Añejo XO Connecticut and Añejo XO Oscuro. The new lines will be displayed in the Royal Agio booth (Booth #1161) at the 2018 IPCPR Tradeshow in Las Vegas, NV.

A direct follow up to the highly-regarded Balmoral Añejo 18 (18 year-old Brazilian Arapiraca wrapper), the Balmoral Añejo XO brand has always been about consistently delivering…

SINDUSTRY will be available at select BLK WKS retailers for a limited time. This is the highly anticipated 2nd annual release of Sindustry. "This vintage of Sindustry is the perfect…


Debonaire House will directly manage all facets of its U.S. business operations including distribution, sales, and marketing. The company has entered into a partnership program with United Parcel Service (UPS), “Cigars Direct” which will allow them to ship Debonaire Ultra premium and Indian Motorcycle cigars…

Fresh off celebrating their 2nd Anniversary last weekend, Hackettstown, NJ's Czig Meister Brewing Company looks to be gearing up to release a series of collaborations with microbrewery 2nd Act Beer based in Dover, NJ. On May 23rd, both breweries began posting on social media about a collaboration, but offered little additional detail.  On Monday, Czig Meister received approval from the Alcohol and Tobacco Tax and Trade Bureau (TTB) for 3 new can labels for variants of United We…

In early April, Icarus Brewing Company debuted Don't Haze Me Brux on draft in their Lakewood, NJ taproom.  On Monday, Icarus received approval from the Alcohol and Tobacco Tax and Trade Bureau (TTB) for a can label for the beer. 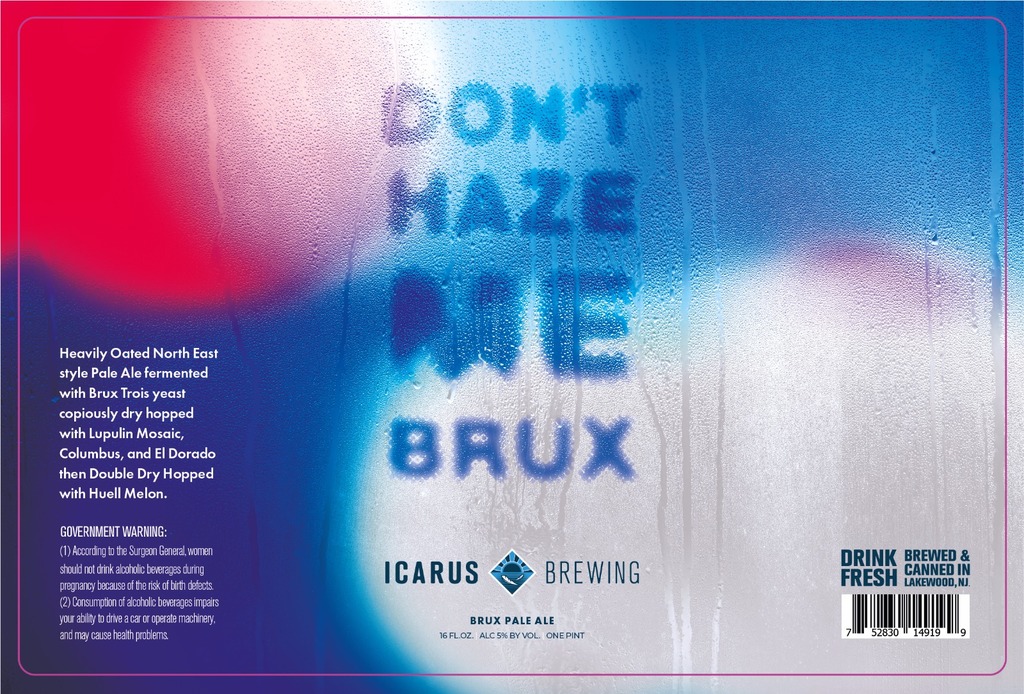 When it was first released on tap, Don't Hate Me Brux was profiled as "hopped with El Dorado, Columbus and Mosaic and fermented…

Cypress Brewing Company in Edison, NJ will be celebrating their 3rd Anniversary on Saturday, July 7th.  As in past years, the brewery will have several special tappings, and have announced that they will be releasing two new cans.  According to filings with the Alcohol and Tobacco Tax and Trade Bureau (TTB), we can now see can art for the two anniversary can offerings - Cecilia and The Peach Pit.…

Asbury Park, NJ's Dark City Brewing Company looks to be furthering their rebranding, and move into new cans with two new offerings.  Last Thursday, Dark City received approval from the Alcohol and Tobacco Tax and Trade Bureau on two new can labels - one for Common Area and one for Improversation. The Flying Pig is one of the most sought-after sizes in the company’s portfolio, presented in a 100mm x 60 ring gauge parejo vitola and is a favorite amongst cigar enthusiasts. The shape is based off a photograph of an 1895 cigar salesman’s size selection case. It is…

Last summer, one of New Jersey's premier summer destinations saw two breweries open as both Last Wave Brewing Company and Frye Brewing opened in Point Pleasant.  On Memorial Day weekend, Last Wave celebrated their first anniversary with a selection of special beer tappings.  This Saturday, June 16, Frye Brewing is celebrating their first anniversary, and has announced a tapping of their "Coconut in the Dark" stout as well as "something special".  We might now have insight into what that…

Last month, I was fortunate enough to be invited to the launch of the brand new Oak & Eden whiskey, and had a few minutes to sit down with the CEO and one of the founders, Joe Giildenzopf.

The event was held at The Hall Bar & Grill in Dallas, Texas, where the bartenders were serving up the new whiskeys in cocktails or alone, as well as a wide variety of hors d'oeuvres.  As far as the whiskeys go the 2 offerings now available to the public, Oak & Eden Bourbon and…

The Diesel Whiskey Row is a collection blended by AJ Fernandez and developed in partnership with Rabbit Hole Bourbon. It features binder leaves aged in bourbon barrels, in a proprietary process developed by AJ to enhance the profile of the cigar. Diesel Senior Brand Manager Justin Andrews said, “The partnership between Diesel and Rabbit Hole speaks of going against the grain in traditional industries. Rabbit Hole doesn’t claim to use 12 year old juice or have a 6th…

June 4, 2018--Espinosa Premium Cigars announced today that they will be bringing 3 new cigars to IPCPR 2018 this year.

The first of the three announced cigars will be titled the "Las 6 Provincias LHB", which translates to "The 6 Provinces", and is Espinosa's Cuba, before it's post-revolution decline, while LHB stands for "La Habana".  The LHB is the first in a planned series of 6 limited edition cigars, each highlighting one of Cuba's original provinces.  The cigar will be a…