This info was unveiled on Cigar Dave yesterday, but very much went under the radar.

Royal Gold Cigars is the new premium cigar arm of Swisher International.   They are launching a Cameroon cigar called Nirvana Cameroon Selection.  There is a very familiar factory that is going to be making this cigar....none other than Drew Estate.

An Arandoza, a La Aurora, an Upmann, a Tatuaje and a Tobacco History Lesson

This week was a bit of a blur, welcome to summer, the fastest season of the year!  I guess I just love the hot weather, spending time in the pool with a nice cigar, or jumping in the pool and taking a walk with a cigar afterwards. That’s why the summer is gone before I know it.  It’s a much more pleasant time than winter when you can't get enough clothes on to keep warm!   Case in point, I got home from work Thursday and jumped in the pool, then took a…

The East India Trading Company is proud to announce the much-anticipated launch of 'Prize Fighter', that will unveil at this summer's IPCPR trade show in Las Vegas, NV. Named after historic boxing fighters from the 1900's, Prize Fighter brings another meaning and a new dimension to the hand-made cigar category by offering a premium smoking experience at an affordable price-point.

Made under the blend masters from K Hansotia & Co, Prize Fighter is a consistent, mild-medium bodied…

Press Release: PADILLA TO RELEASE THE NEW PADILLA VINTAGE RESERVE AT THE 2013 IPCPR

MIAMI, FL – June 18, 2013 – Padilla Cigars will be introducing a new cigar to the successful Padilla line; Padilla Vintage Reserve.  As with the other Padilla premium cigars; Padilla Reserva, Padilla Reserva Maduro, Padilla Connecticut, Padilla Miami, and Padilla 8 & 11, the Oliva Cigar Company will be manufacturing as well as distributing the Padilla Vintage Reserve both in the United States and internationally.

Vintage Reserve offers the most select and well aged…

Washington, D.C.-H.R. 792, also known as the Traditional Cigar Manufacturing and Small Business Jobs Preservation Act of 2013, has officially passed 100 cosponsors in the U.S. House of Representatives with the addition of Jeff Duncan (R-SC-3), Mike Kelly (R-PA-3) and Fred Upton (R-MI-6).

The bill, along with its counterpart S. 772 in the Senate, seeks to protect the premium cigar industry from potentially harmful government regulation.

The FDA seeks to regulate the premium…

Read the pre-release review of this cigar here

In an effort to fill what they thought was a void in their lineup — a great maduro — K. Hansotia and company worked very closely with Abe Flores at the PDR (Pinar Del Rio) Cigar Factory in the Dominican Republic for one of their latest releases, the Gurkha Ghost. 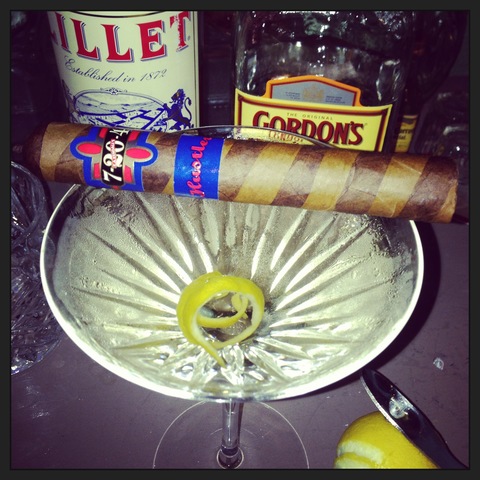 What better to smoke during CigarChat with 7-20-4, than a 7-20-4 Hustler. I weaseled this particular one off Logan a couple weeks ago and he had gotten it at IPCPR 2012. So it was plenty rested and ready to go. And you couldn't ask for a more well crafted cigar. The barber pole was done exceptionally well. I was amazed that the width and alignment of the two colored…

Press Release: I am presenting the retailer social media seminar at IPCPR

Join us for a seminar on Social Media by Logan Lawler. Logan is a Social Media Offer Development Consultant at Dell where he develops social media listening services and consulting for end clients. Prior to starting his career at Dell, Logan graduated from Mizzou with his BSBA in Marketing in ’06.

Logan is a passionate cigar lover who is active in social media cigar community. Logan co-founded CigarChat, a weekly live-streaming show which interviews manufactures and…

My Father’s Day Esperanza para los Niños, a Trilogy of Cigar Stores and Some News!

When we left off I was enjoying Father’s Day with my kids and granddaughter.  After they went home I lit up the Esperanza para los Niños Churchill. This was my last Churchill, from a handful generously gifted to me by a friend who won a box in the mid ‘00s. A few of these examples had an odd burn problem around the three quarter mark, and a hint of ammonia, which…

Boutique Blends, the subsidiary of Oliveros Cigars is launching their first maduro under their umbrella.  It is under the Swag Cigars line and it is called the Swag S Maduro.  The cigar will be launched at the 2013 IPCPR Trade Show and will be geared toward big ring gauges.

I know a lot of people love their Stinky Ashtrays. The normal sized ones I have used have been solid. They typically have four or eight fingers, and a deep bowl. I swooped up on the Stinky Jr. a while back since it was cheaply priced and I needed a new outdoor ashtray.…

Other than the "305", I have dug most of the Room 101 stuff. Looks like Matt Booth is going to release another cigar right before IPCPR.

Introducing the NEW Serie HN, the latest edition to the Room101 core line of cigars. Following the success of our most recent core offering, the Room101 San Andres, we’ve decided to take yet another unique journey with this new blend. Honduran Criollo is widely-known for it’s signature taste; rich, rugged and…

I talked with Glen Case of Kristoff Cigars on the new Galerones line.  If you saw Cigar Insider and Cigar Aficionado, some information on this new line was released.

Glen was kind enough to share some more details - including two of the blends not mentioned in the articles for Insider and CA.  Here is the story I wrote:

262 Cigars is gearing up for the 2013 IPCPR Annual Tradeshow in Las Vegas, July 13-17. This will mark 262’s second year to exhibit at the show. Located at booth #861/961, Clint and the guys will be unveiling the new Revere Lancero, scheduled to start shipping to retailers this Fall.

Clint Aaron is burnin’ it up all across the country this Summer and Fall with the 262 Revere Tour. Below are some upcoming tour dates. Visit …

Was a great week for me in terms of smoking!  The past few weeks, I've only gotten in about 5 smokes a week, but this week the weather, my schedule, and Father's Day all produced a fantastic week of smoking and I got to enjoy 8 great smokes!  Lots to discuss, so let's dive right in:

Miami, FL (06/17/2013): Along with the opening of the new Aladino Cigar Factory, Christian Eiroa is also releasing two new cigar lines made entire ly by the Aladino Factory. EIROA and CLE Plus will be available in late June/early July 2013 and bring something new to the Fabricas Unidas family and to the cigar industry as a whole.

“I am making the introduction of this new factory with two new blends that are representative of my passion for bold and full bodied cigars,” say Eiroa.…

According to Cigar Coop it looks like Viaje is going to be releasing a 2013 version of the TNT and C-4. Both of these will be summer releases and model the previous releases of this cigars, which was confirmed by Viaje. 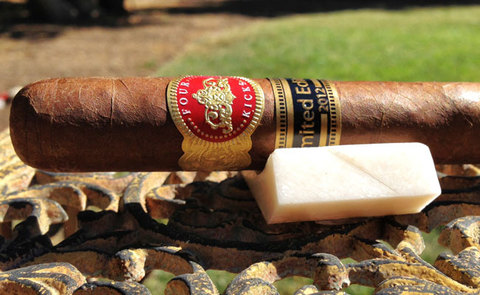 According a press release today on Cigar Aficionado Glen Case, owner of Kristoff Cigars, is planning to launch the Kristoff Galerones Series. There will be four cigars in Galerones Series, which will come in different sizes and use different tobaccos. The Galerones Series will be made by Abe Flores at his PDR Factory in Tamboril, Dominican Republic.

Below are quotes from Glen via…