Yesterday I had the pleasure of attending Famous Smoke Shop‘s Cigarnival in Easton, PA. About an hour and a half drive from home.  I have visited this location before and the store and restaurant there are quite nice and the building that houses the entire operation is massive.  They have plenty of space outside to erect a huge main tent, two…

The original La Aurora 107 – sporting an Ecuadoran Sun Grown wrapper – came upon the scene a couple of years ago to an enthusiastic reception, and its Maduro follow-up has been eagerly awaited for some time. Now that production issues have been resolved, it is hitting the market this summer. When Guillermo Leon and his Dominican Republic operation have something to offer,…

In this Twitter update Gary Griffith announced the Carpe Noctem would start shipping in November. Cigar Coop provides some great additional information about the Carpe Noctem.

It was about a year ago when Griffith mentioned plans for the Carpe Noctem. This is a cigar that…

Springfield, VA – Entrepreneur Omar de Frias is pleased to announce the launch of the Fratello cigar (label/brand). Fratello will compete in the premium cigar market.  de Frias is test marketing Fratello at select stores in the Greater Washington DC area with an official launch scheduled for September, 2013.  The new (label/brand) will also be featured at the International Premium Cigar & Pipe Retailers Association (IPCPR) Annual Convention & International Trade show this July 13-17…

Arandoza announces the “rebirth” of the Arandoza Blue with its new bold label representing the strong solid foundation of this Cigar Family. Its bold taste, yet smooth finish, is a well-known flavor in this industry.

With a solid foundation, comes the opportunity to grow and expand. Stay tuned for the upcoming launch and unveiling of the Arandoza White Label at the IPCPR this July! This new label provides a…

On CigarChat tonight Nomad Cigars owner Fred Rewey announced he will be launching a full production Nicaraguan cigar this fall.

Right now the cigar is still in development and there are more details to come.

Tonight on CigarChat with Nomad Cigars, Gary popped into the show out of the blue. He teased the new Mia Mora, which is slated to come this fall. Look for more information on this cigar in the coming weeks.

Below is a shot of the band.… 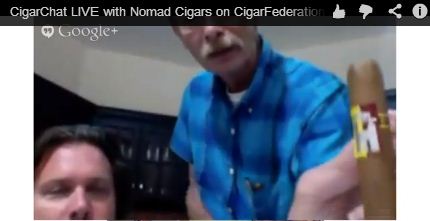 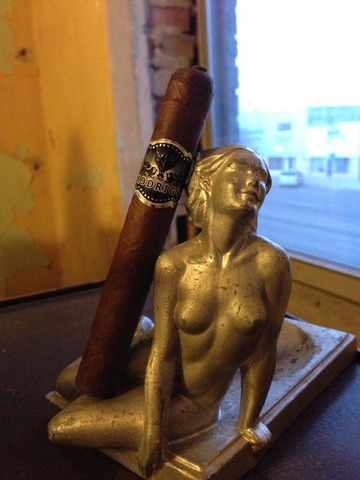 So, Tuesday I decided to take it easy after work and not go straight into my remodel work. Figured I would relax and have a smoke and a Jack & Coke instead. Gotta do it at least every now and then, right? I chose this Rodrigo, the La Fortaleza Absoluto, which is a smaller cigar at 5.12x43.

This cigar was bombed to me in person by a Redditor named LostAbbott while I was traveling to Seattle.

Careful scent examination and I picked up barnyard and hay and a scent that reminded me of tobacco curing barns.

The Core Line Club 52 is 5-7/8" x 52 Toro.  The wrapper is a mottled dark brown.  My cigar had a slightly uneven foot with no other construction…

June 26, 2013 — Toraño Family Cigar Company is releasing just 3,000 boxes of Exodus Finite, their latest boutique cigar. The cigar is a true puro, not seen from Toraño for many years. Hand-made in Nicaragua, Finite contains only Nicaraguan tobaccos from four different growing regions … their diverse flavor profiles enhance the balance and harmony between them.

I posted up some news I gathered around the interwebs last week, but failed to list it here on CigFed.  Boutique Cigars has seen a flurry of activity on their upcoming releases,.....

Activity has begun to increasingly rise as we head into full throttle IPCPR season.  Boutique Cigars (Aging Room; Swag Cigars) is no exception, with company…

I've had a good cigar week so far!  It started Sunday afternoon when I decided to treat myself to one of my rare Liga Privada Serie Unico UF-13 Dark.  I know when I want to have a really outstanding cigar experience I can rely on something Liga Privada or one of it’s cousins from Drew Estate, an Undercrown or a Chateau Real (maduro).  So I hit the back deck with the UF-13…

Miami, Florida, June 26, 2013 – G.R. Tabacaleras Co. Cigar Factory of Little Havana, announces the release of the George Rico Miami “American Puro” cigar.  This will be Rico’s first release from his new George Rico S.T.K. Miami line, made in his factory in Miami.   The “American Puro” is 100% all-American, boasting tobaccos from Pennsylvania, Connecticut, and Kentucky, and manufactured in the U.S.A.  The American Puro cigar will come in a 4 3/4 x 52, 5 7/8 x 54, and a 5 5/8 x 46. MSRP prices… 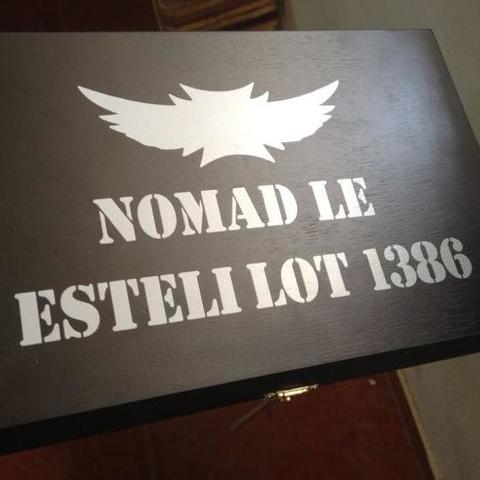 Fred Rewey, Owner of Nomad Cigars, is a friend of CigarChat.  He's been on the show a few times and we love to BS with him.  He's one of those guys who can carry on a conversation about anything.  Which makes our jobs easy on CigarChat!

June 17, 2013: Doral, Florida based boutique cigar maker, Pinar Del Rio (PDR) Cigars is excited to announce the release of two new signature cigar series to debut at this summer’s IPCPR show in Las Vegas, to be held at the Sands Expo Center from July 13-17. The AFR-75 is a rich, full bodied cigar with a balanced blend of Nicaraguan Criollo 98, Connecticut Broadleaf, & Dominican filler enveloped in a beautiful San Andres Maduro wrapper. The AFR-75 will be available in three sizes; the…

Nomad Cigar Company has always been interesting because of its unique style of branding, and marketing. I have always said that company founder, Fred Rewey, is a genius for being the first to put his Twitter handle, @GodFadr, on a cigar band. Still, my favorite piece of marketing was around the mailing of a kitten by…

Been a busy week for me in terms of cigar smoking and life, and the week ahead doesn't get much easier.  I'm writing this blog entry from 36,000 feet in the air as I journey to Springfield, Missouri for a bit of work, and potentially Just For Him Shop's 1 year celebration of Twisted Cigars.  I imagine my smoke intake this week will be minimal as I'm really stuck in…

June 24, 2013 (Miami, Fla.) — Drew Estate, Inc. announced today that they have acquired the Heavenly Cigar Company with headquarters in Naples, FL. As a result of the acquisition, Drew Estate will take ownership of all Heavenly Cigar brands, it’s current inventory and will take responsibility for all future sales and marketing activities. No changes are currently planned for Heavenly Cigar’s assortment of premium cigar products.

“We are extremely excited about this acquisition and…

In 2012 I upgraded to a stand-up cabinet unit because I had outgrown my desktop humidors. Rather than continue to add 100-150 count humidors which were rapidly taking over all my counter space, I decided to consolidate.

Moving to a cabinet humidor allowed me to start purchasing boxes and looking at long term aging.  It was a great solution for me until summer hit.   I was always so concerned about maintaining my humidity levels I had never devoted any attention to my temperature… 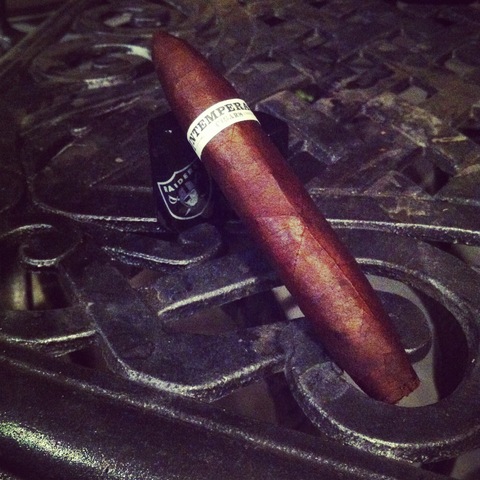 This is not my first run around with RoMa Craft, and they actually can be attributed as to why I write for Cigarfederation today.  I was introduced to the brand, when Rob…