I picked up a box of Oliva Serie V Maduro Especial 2013s when I was down in Orlando in December of 2013. I was attending a cigar event at Corona Cigar Company and it seemed like the perfect opportunity to bring some back with me to Canada.

If you’ve been following my reviews for even a short while you’d know that I’m a huge fan of Oliva cigars. I also have a growing collection of the Serie V Maduro Especial releases. Last year…

This cigar has a very rich dark brown/rosado wrapper with a few prominent veins with a strong barnyard and coco on the wrapper. The foot smells of sweet herbs. I punch cut this cigar…

The Cigar Federation, a social media site dedicated to all things cigars, has released their first cigar dubbed, “The Collective.” Made by the Ezra Zion Cigar Company, who also happens to be the founder of the Cigar Federation website, The Collective is the company’s first retail-exclusive cigar in their ever-growing portfolio, meaning it is sold only at their…

I had waited a while to get back to reviewing another one of the samples Guayacan owner Noel Rojas had given to me at IPCPR.  Knowing the maduro was a little strong for my tastes, I figured letting the natural line age for six months or so might be advantageous to my palate.  I reviewed the maduro here, and interviewed Noel at IPCPR…

I decided this weekend would be Lancero weekend, as I recently accumulated several samples in that format.  This is a size that everyone seems to want, but retailers say it doesn’t sell, so manufacturers don’t want to make a bunch. I guess that’s why they are usually released as special or limited editions. I like the size, and I have a bunch of them in the humidors. It’s an elegant size, and I really haven’t had the burn problems that they used to have years… I feel as if I have way too many cigars.  Not a pretentious way, just in a regretful gluttony kind of way.  I have purchased way too many over the years to the point where I rarely buy a full box of NC cigars anymore.  It is because of this that I have decided to take Logan’s How I Rate Cigars and adjust the scale to be my own. …

All about RH: What Embargo Episode Quatro recap

Another installment of writing up a previous show so that folks have a written account of the recommendations of the show.  The following is a writeup on what RH's to store at, why and how.  Funny thing is, while I wrote this, I had not touched my wineador in well over a year, and wrote about the stability of it.  I went in and did some organizing, and noticed it at 60-61 so I actually seasoned it a bit for the fist time.  Back up to 63, and all is well.

I’m going to lead off with the usual reminder to head on over to  http://cigarrights.org/fda-response.php ; and make sure you make an educated comment on the FDA deeming document. This is scary stuff, folks. Nuff said.  I also wanted to make a bit of a policy statement.  Rest assured that when I receive products they are either for evaluation or for contest prizes. At no time will I ever sell, raffle, or otherwise profit from…

My first experience with Azan was rather pleasant, so I was very excited to get into another one of their releases for review in the White Premium line.  The Robusto was what I chose, as the size is a personal favorite.  If you recall in my first review (Click Here for the Burgundy review!), every size is rolled by one roller, and there is something about knowing one… 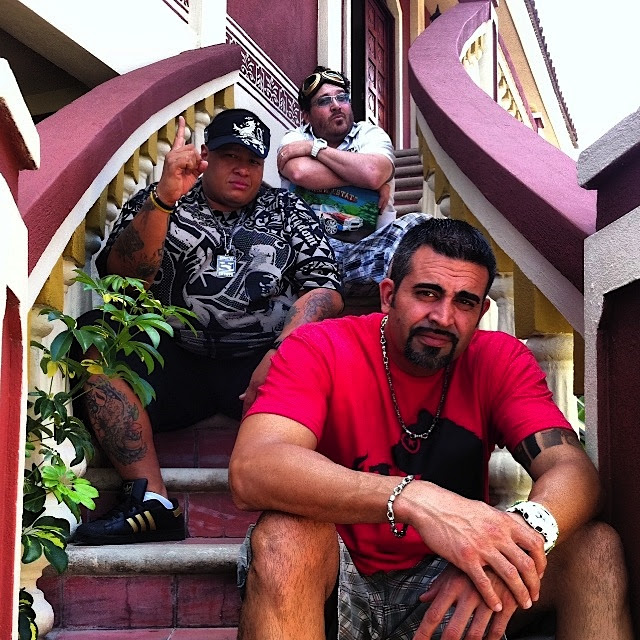 Miami, FL, May 15, 2014: Drew Estate announced today that Willy Herrera will become the “Master Blender” of Drew Estate, effective immediately. Herrera was originally recruited by Drew Estate to create a signature brand illustrating his Cuban heritage and “Cubanesque” blending style. After working with him over the past…

On April 12th www.botl.org launched Operation Esteli, 2014, a campaign to raise funds that will provide teacher salaries, educational tools, school supplies, and lunch meals to a classroom of children that attend the Maria Auxiliadora Education Center in Esteli Nicaragua. An online community made up of cigar enthusiasts from around the world, botl.orgwanted to…

The Tatuaje Tattoo is a new blend from Pete Johnson and the Tabacalera Cubana factory in Esteli.  While this is a new blend, the was another Tatuaje Tattoo released back in 2011.  The previous release was a Limited Edition Box Pressed Lancero and was a completely different blend (see pic at bottom).

The Tattoo is set to be released in four different sizes.  The Caballero, which is a 5x50 robusto, is the only size currently available (released May 2014).  The three additional sizes and…

Part One: Creation of my Indoor Cigar Smoking Room

A little over a year ago the wife and I purchased our “dream” home. It wasn’t a dream experience because we bought our new home and sold our old home, all while I was in India for ten weeks. I will give my wife props for owning the entire process, while I was away.

In our new home, there is a room which is perfect for turning into a smoking man room/cave. I haven’t made the leap to turn it into a smoking room because I have no handy man skills at all. This is why I have Jerad (aka…

The Herrera Esteli Lancero is the same blend as the original Herrera Esteli, but in a lancero vitola. The exact size of this limited edition has changed over the last few… 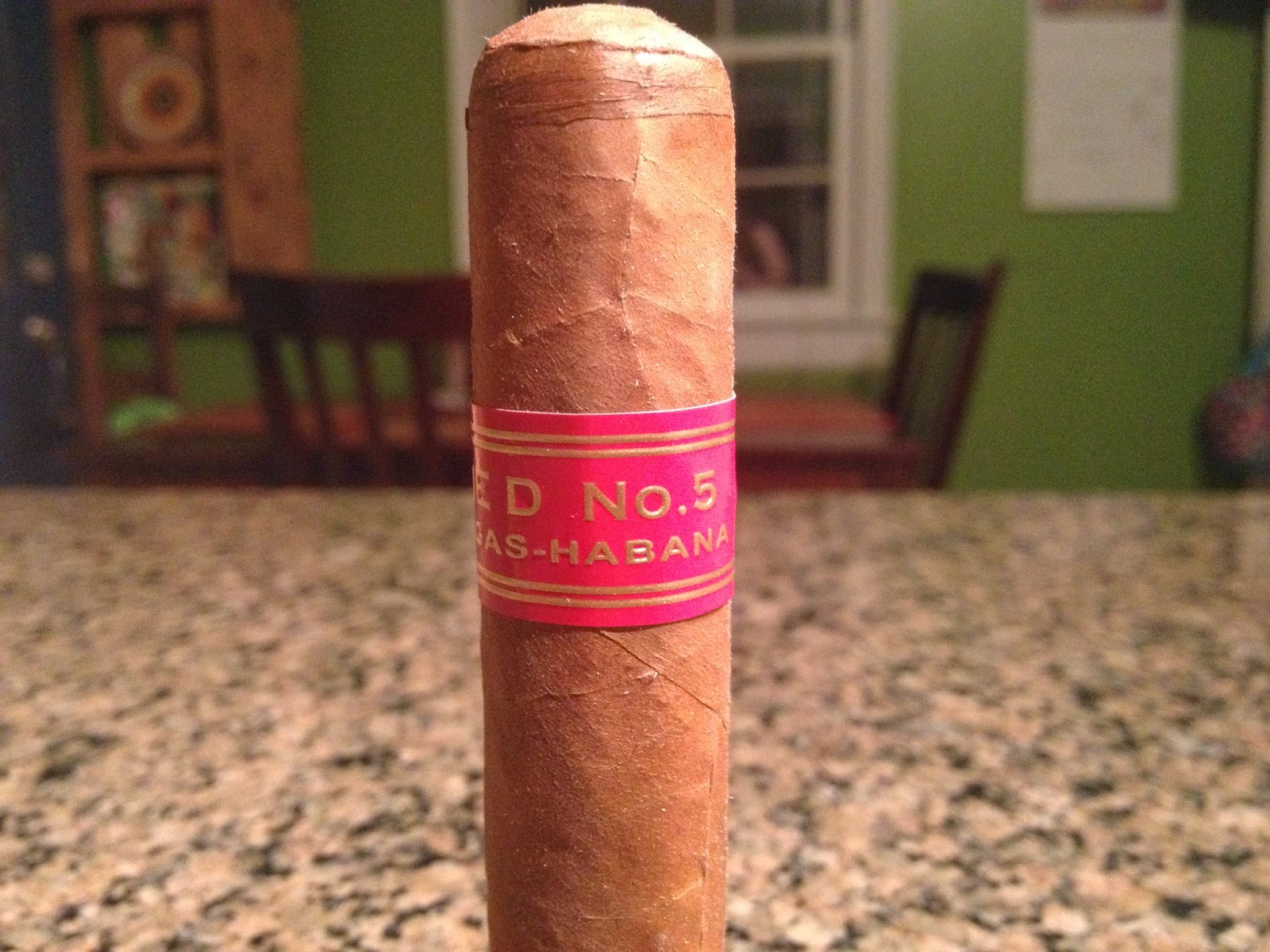 Partagás is a brand that needs little or no introduction. It is the one of the few brands that actually has a factory with the same name, and the factory is probably one of the most well known factories in the world. The brand is also one of the most well known brands in the world also and it is a brand packed with history. The brand was developed in 1827, being named after its founder Don Jaume Partagás i Ravell, and in 1845 he opened…

I honestly do not know much about this company, have heard about this "Lou Rod" cigar line, but that's it. I am excited to get to try this Snub Nose, compliments of Lou Rodriguez Cigars. The wrapper of the Lou Rod Snub Nose is an almost vein-less, natural brown, with smooth seams and smells distinctly like hay, with just a light hint of tobacco. Topped off with a clean, solid cap, this cigar is looking great. The cold draw is effortless and has a slightly sweet hay/tobacco note. No spice on…

Jon Huber and Mike Conder of Crowned Heads have announced the addition of the Headley Grange Laguito No. 6.  The Laguito No. 6 will be released at the 2014 IPCRP in July.

This news comes on the heals of several other announcements from Crowned Heads.  In addition to the Laguito No. 6, Crowned Heads is working on the Las Calaveras, TAA Exclusive…

After encountering delays over production issues, the La Aurora 107 Maduro hit the market last year and was well-received. Now cigar maker Guillermo Leon has tweaked the 107 Maduro lineup by introducing a lancero version. And this 7 x 40 stick is a sight to behold indeed. Long and skinny are two adjectives that help describe the Bowtie, but they don’t even begin to get to the…