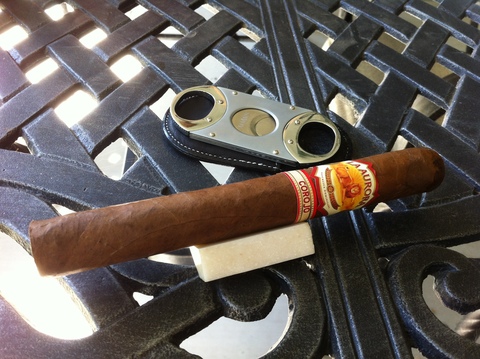 La Aurora is a brand that has been around for over a century, and is currently run by the Miami Cigar Company known for Casa Fernandez, Guillermo Leon, Nester Miranda and several other…

Padron is the brand that got me hooked on cigars.  About a year or so after I quit smoking cigarettes, a friend on a business trip handed me a Padron 64, as I was rather bored with a bunch of maniacs drinking heavily and smoking cigarettes around a hotel pool bar.  I remember being hesitant at first, as I did not want to return to cigarettes, but he assured me…

I am curious to start a discussion regarding reviews and construction issues.  For example, if I am smoking a cigar for review purposes, if it blows up, normally I do not finish the review.  If I have to relight it five times and it tars up, the flavor is ruined so reviewing it makes no sense as the notes turn to bitter tar.  So I would like to hear from all sides, what would you do in this situation?

For the reviewers, do you finish the review and let consumers know,… 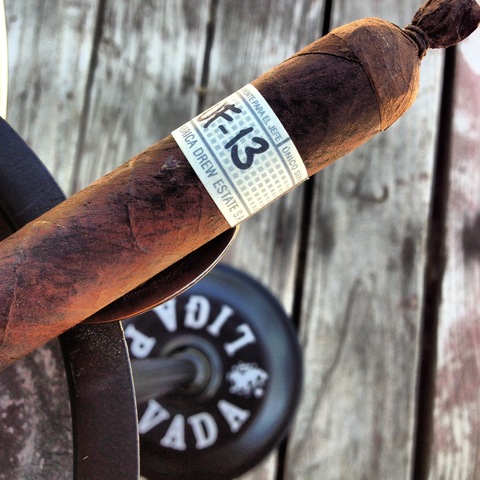 Here are a few notes on the…

Eddie Ortega owner of Ortega Cigars is going to be on CigarChat today. Eddie has been on CigarChat several times and we plan on talking about his newest cigars, Wild Bunch. If you want to hear more about the six of the twelve blends which have been released check out this…

Eddie Ortega joins us LIVE today at 4PM PDT / 7PM EST to talk about the Wild Bunch, blending tobacco, why Logan reminds us of Meg from Family Guy, and all things cigar related! We've got some Wild Bunch #2 Samplers to give away tonight!  You must be a…

Anyone want to guess what cigar this is?

Currently smoking this cigar and about an inch in the wrapper popped and you can see the aftermath.

Anyone want to guess which cigar this is? 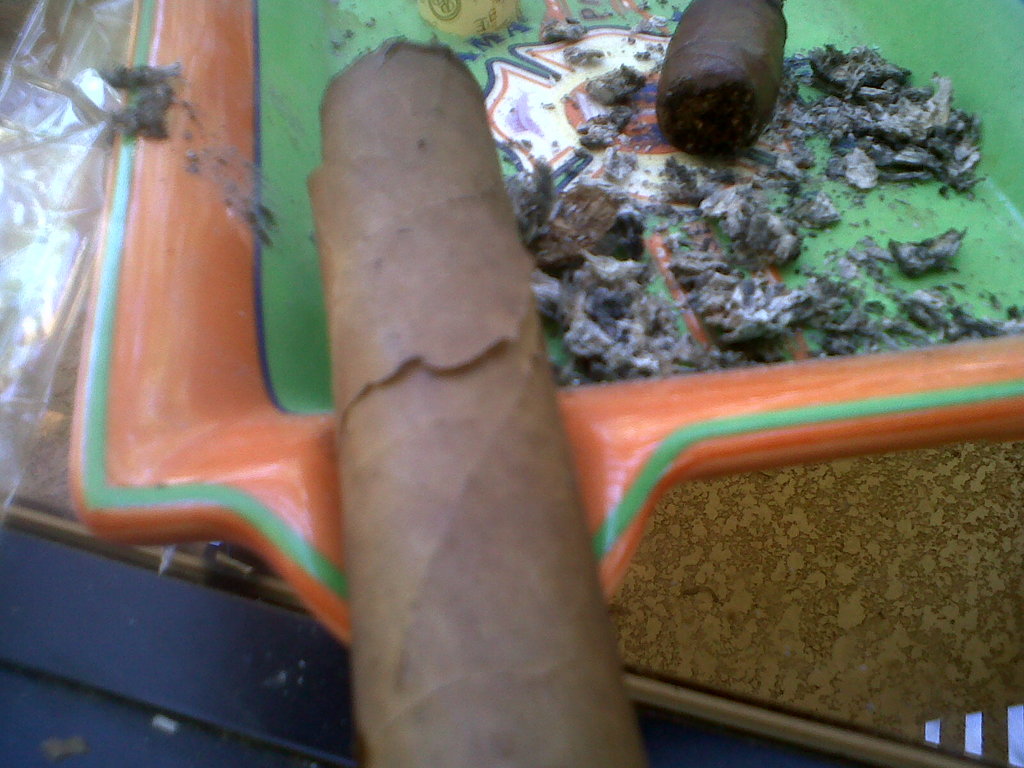 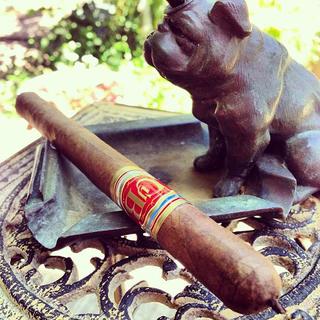 A lot of people, myself included, have been looking forward to the release of the CyB Lancero from Joya de Nicaragua cigars. The wait is almost over! The CyB Lancero is set to ship and hit retailer’s shelves later this month. I was lucky enough to get my hands on a few samples while down in Nicaragua on a recent Cigar Safari trip. On the final night of the trip, Jose Blanco…

This cigar came to me by way of a contest over at Cigarbrief.​

A heavy woody smell with some underlying spicy notes

This cigar is Toro shaped 6.5x52 and box pressed.​  As this is a pre-release the band is plain white with the Vintage 2003 lettering.The wrapper is brown and there are no imperfections.…

What does "boutique" mean in the cigar industry?

To be honest I always love to ask everyone we have on CigarChat this question. As you can imigine I have gotten a different answer every time. I saw a very interesting answer from Jonathan Drew in  recently.

Read the entire piece here, but to sum it up for you JD said, "boutique is in the heart."… 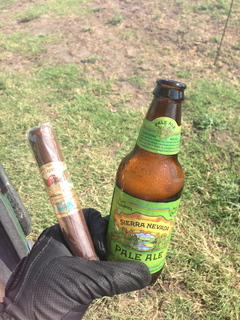 I didn't mention it in my last (& also first) blog post, but I pair my cigars with a large variety of drinks. Not always planned, I usually decide on a drink and then grab a random cigar. So, props to Logan for masterminding the idea that my reviews focus on my experiences with these pairings. This will be my first such post, and I just happened to be on the golf course…

Very subtle nose of dried nuts and light earth.  Didn't pick up anything else.  Not a lot going on in the nose department.

Construction was excellent. Veins were present but wrapper was smooth and rolled…

The Ancho vitola is now available and ready to ship to retailers. It is presented in boxes of 20 cigars with an MSRP of $8.80 a cigar.

Want to feel special? Well, you are. And no, I'm not going to go Stuart Smalley and hand out "Daily Affirmations". (Am I starting to date myself already?) You're special because you are reading my first ever cigar review blog post. So lets see how this goes. 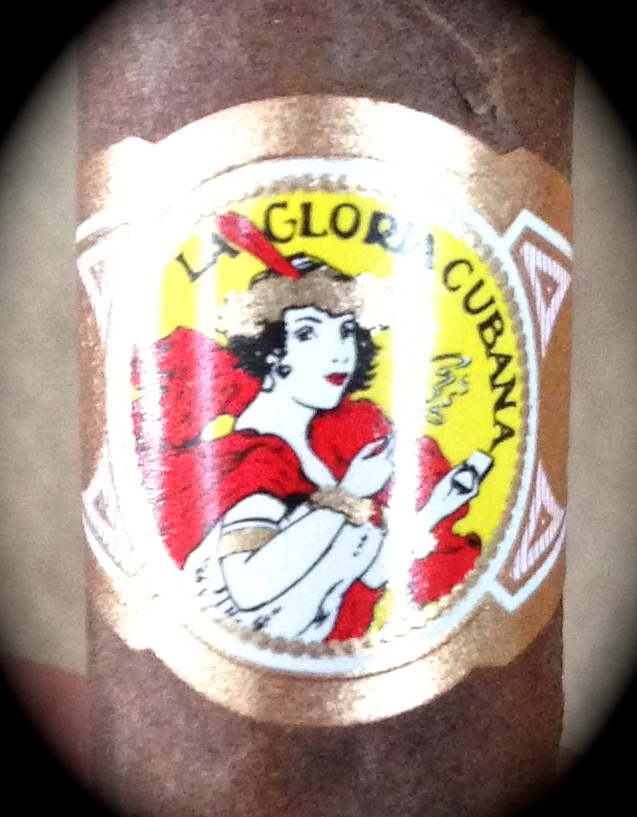 Last weekend, I was lucky enough to attend the New Jersey Cigar Festival sponsored by Barrister Cigars at the Park Avenue Club in Florham Park, NJ.  The event was hugely successful and provided some great experiences with some great people. Going in, I had known that my old buddy …

Want to try The Wild Bunch, then you are in luck!

Rob and I are having one of our favorite guests back on CigarChat next Thursday. Eddie Ortega, owner of Ortega Cigars, will be coming on to chat with us about The Wild Bunch.

Because Eddie is a…

I won this cigar from a Leaf and Flame raffle for cancer research donations.​

The Oliva Serie G Belicoso is 5x52 and box pressed with multiple caps. The standard brown and gold Oliva band adorns it with a Serie G designation.  ​…

If you are not familiar with Gran Habano, you are missing out. The company has all sorts of great blends on the market and I have always enjoyed them. When I first saw the Zulu Zulu, I must admit I was intrigued with the packaging. The artistic band is an eye catcher, and probably…

La Gloria Cubana® is making a bold departure from its Dominican roots with the launch of two new Nicaraguan collections, the first-ever La Glorias to have Nicaragua as the country of origin. Both expressions will mark the expansion of the top-selling Serie R line which started the large ring, full flavor craze back in 1999.

According to Michael Giannini, General Cigar’s director of innovation, “When Serie R debuted, we established a market for bold cigars, and inspired other…

This cigar came to me by way of a bomb from QuikAF77 at /r/cigars.  This is the release version of the Nicaraguan edition I previously reviewed.

Picked up some spicy notes, sweet tobacco and slight barnyard.​

The Rocky Patel Edge Habano is a Torpedo shaped cigar 6 x 52.  It's adorned by a blue band.  There…