Crux cigars came out of the gate with a large social media presence and a contest that drew a lot of attention. I was lucky enough to score a 5pk of these Passport Half Coronas from this, and was happy to give them a try. The Crux Passport Half Corona is one good looking cigar. The wrapper is a smooth, medium-brown, and it took…

A Hex From Sindicato and an Ora Vivo from Legacy Brands

It seems like only yesterday I was posting about smoking that enormous 7” x 70 Asylum 13 Ogre, and here it is Wednesday already and I find myself with little to report! Yesterday I revisited the Hex from Sindicato Cigars in the Figurado (5¼” x52) size. Honestly, I wasn’t certain what I wanted to smoke, and this was on the top of the humidor and I grabbed it and lit it up. This is from a batch I bought on National Hex Day back in January. These are made at the Ortez factory in Condega,…

I figured since we just had Huff aka “Squigly” of Dante Cigars on CigarChat last week, I would take a second to do a short review of the Dante Classic. I am going to skip all the fluffy background since most of you already know it, and see if this cigar tastes like “meat fat”.…

This year the craze in the cigar world has been fire-cured tobacco.  Being a casual pipe fanatic ( I dabble in blending and smoke regularly), I was stoked to try all the blends coming out that employed these types of tobaccos.  My hopes fell a bit short though, but a new cigar arose out of nowhere on the internet sites that intrigued me, the AJ Fernandez Spectre.  As soon as I got the email from a popular pipe online retailer that a Latakia cigar was being released, I had to try…

The Ventura PSyKo SEVEN came as a 2 pack by way of a giveaway Ventura hosted in November 2013.   The only other Ventura cigar I had ever tried was the custom release they did for Reddit /r/cigars. 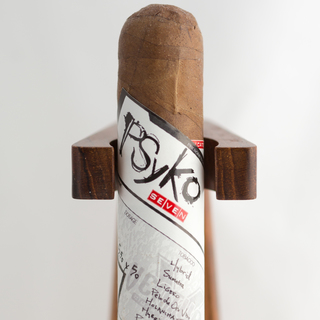 Looks: Milk Chocolate and a light coffee roast. Has some…

Hello all, this is the m************ Tony Clifton writing you from the grave b******.  I was called upon by the grace of the Cigar God’s to write a review for the Cigar Federation about a Great F****** Cigar. That’s right, the name of this cigar is THE GREAT F****** CIGAR and the band has a picture of two people f******, so whom else should review this bitch but me?  I was hanging around IPCPR this last year, floating around like an angel and shit, sipping a martini when this… 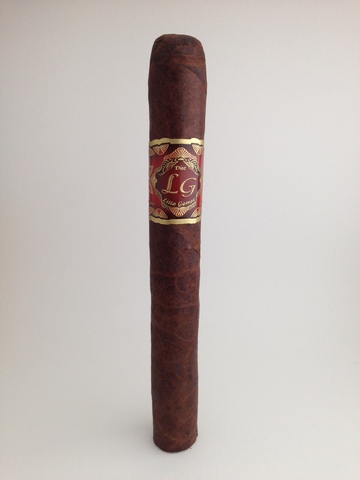 This cigar has a gorgeous wrapper and the draw is perfect. 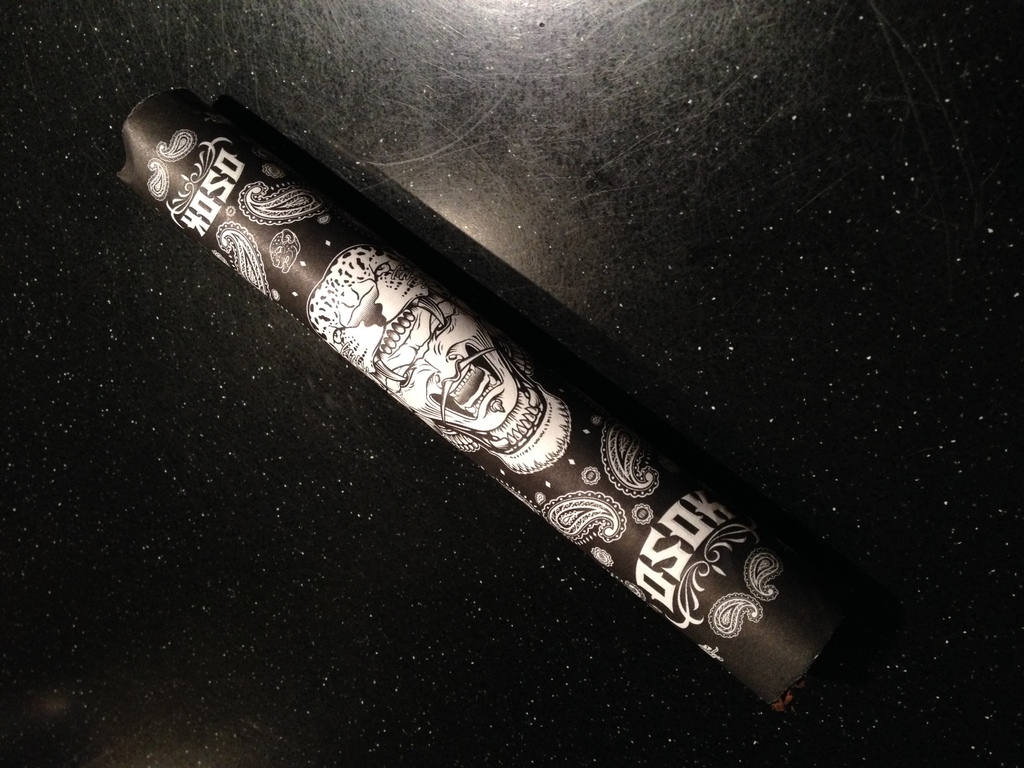 I started out the second half of the week revisiting the Arandoza Blue Label Robusto from Arandoza Cigars.  This brand is made at Erik Espinoza’s La Zona factory in Esteli, it’s a Nicaraguan puro with a Nicaraguan Habano wrapper and Nicaraguan binder and fillers. I smoked some of these last year and enjoyed them quite a bit, as I enjoyed this one again. They’ve fancied up the bands on these, making them harder to get a good…

You want history?  That is what my man Tuna is for.  Tuna is a world-traveled man of mystery that will dig deep on a marca and give the reader all the pertinent information on a brand.  Me? I come from the aqueducts, so you get raw dog review, styles unbreakable and shatterproof like my man ODB.  The following review took place while listening to old men whiff putts in the afternoon and cursing their golf games, while I sat back and enjoyed one of the finer things in… 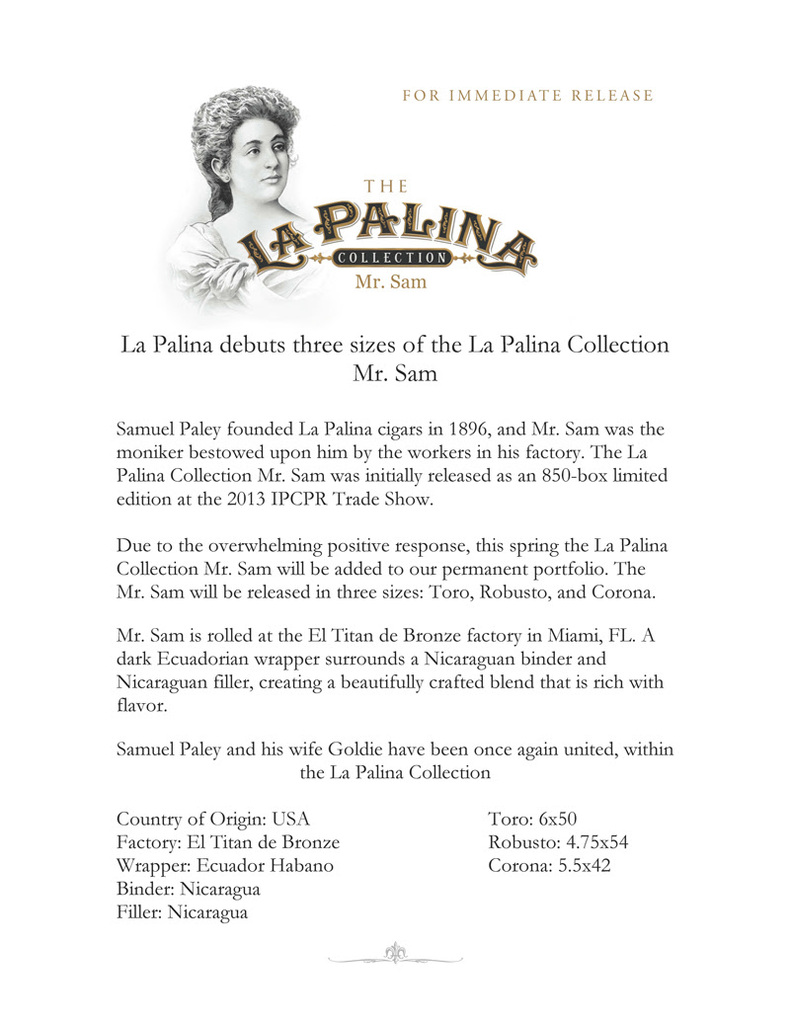 While at IPCPR 2013 I visited a booth with an interesting characteristic from the others. Costa Rican tobacco. That's not a common thing to see in my world, so I had to procure some for sampling and review. Well, it has taken me some time to get to them, so at the time of smoking they had 265 days of rest. ;) It is definitely worth noting that this is the "Special Edition", which although, it is manufactured in Costa Rica, it does not have CR tobacco. The core line Gold has Costa Rican…

Basel, February 2014. Davidoff Cigars has made it a mission to delight the cigar aficionado by bringing him a variety of taste experiences and cigar pleasures with truly consistent quality – Davidoff Aniversario “No.3”, “2000” and Special “R”. This memorable comeback of purity, of originality, of refinement and of complexity to classic…

Today we are going to mix it up a bit. As many of you already know, Drew Estate just released the new Undercrown Dogma to honor the one year anniversary of Cigar Dojo.

I’ve been sampling the new additions to the Partagas 1845 line this week. The regular 1845 was released about 2 years ago and I really enjoyed them, I thought it was a solid addition to an already excellent line. This year they’ve come out with two line extensions, the Extra Fuerte and Extra Oscuro. As they’ve recently done with the La Gloria Cubana Serie R Esteli and Black, they’ve earmarked the Extra Fuerte for Brick and Mortar stores and the Extra Oscuro for the Internet and catalog…