Created to celebrate the one-year anniversary of the online community, Cigar Dojo, Drew Estate has added a new size to their popular Undercrown line, a 6 x 56 soft box-press called “Dogma.” For those of you who haven’t heard about the Cigar Dojo, it’s like Facebook, but for brothers and sisters of the leaf. If you get a chance be sure to download their app, it’s…

I picked up a pair of 1502 Black Gold Toro's along with some 1502 Emerald Toro's as a part of a ‘build your own House of Emilio sampler’ on the Cigar Federation store.

Now I know what some of you might be thinking.  Here we go, ol’ Surge has sold out and is pitching Emilio products in his reviews!   I always want to make sure that people…

I honestly cant recall the circumstances on Thursday that led me to a short smoke, but I dipped into my dwindling supply of Chateau Real Small Club Corona Maduros for a quick, but delicious smoke. Sadly, Drew Estate discontinued this line, I suppose because everyone didn’t like them as much as I did. I personally believe the price point was a little high for a mild to medium traditional cigar from a company who, at the time, was known for their infused cigars. I bought a box of these…

There is something about reading a press release about bringing back the only Cuban tobacco company with Chinese ties.  The story itself drew me in, as my good buddy Matt posted the release HERE  Azan seemed to describe the type of blending I love, so I shot an email to the company to see where they are being distributed.  Some…

I've talked about it in the past, but there's something about going from a high elevation place to a low elevation, high heat and high humidity place.  People have asked me in the past how I'm able to smoke so many cigars while on the Cigar Safari.   Honestly if I were to smoke 4 cigars in half a day at home I would likely spend most of the evening and the next day sick.

I think it's a combination of being able to…

Here is some deets about the new release…

Nothing is more satisfying then filling up your shirt with sweat and contemplating a post workout cigar.  For me, this fine day was complimented by an ass kicking yoga session, and during the final meditation, a vision of Bolivar entered my mind.  Hiding in my personal humidor, my first filled Regius and several aged nuggets, was a Bolivar Corona Junior just begging to be reviewed.  These days my schedule is slammed, sun up to sun down, so I have to sneak my exercise is, and…

The weather here in PA is all over the place!  Sunday it was darned near 80, and today it snowed in some places and the temps didn't get too far out of the 40s.  This didn't stop me from smoking what used to be considered larger cigars. The Toro has been among my favorite sizes since I started smoking cigars in the 90s. Six inches by 50, 52 or 56 is in the ballpark, not as fat as the 60 ring gauge cigars, nor as long as a Churchill or double corona.  They are usually good for an hour…

Right out of the gate this cigar was medium-full in strength, medium body with a strong nutty and earth taste.

Through the retro-hale it had a spice that was almost unbearable (not normal for the Hoyo profile). For a Hoyo with 7+ years of age on it, it was very strong.

These came to me by way of a 10 count box I purchased.   For those that track box codes, the box code on this was AUB JUL 12.    I had the fortune of trying these for the first time when I was in Cuba, in November of 2013.  A generous BoTL gave me one and I thoroughly enjoyed it.  I wasted no time in grabbing a box not soon after I flew home.

Granted this is all a fairly big spoiler leading in, I hope you still enjoy the review.

I am nearing the creation of the greatest meatball on earth.  I have been working on this recipe for a while now. Tonight I came close, which provided the platform to enjoy an amazing cigar.  What better way to follow the greatest meatball on earth then with an Opus X Lost City, right?  This fine cigar came to me as a birthday present from my good buddy Gibby at the Ccom forums a couple years ago.  I had put it down and figured I would wait a few years, as most Opus need time in…

A Toraño, an Undercrown, a Cain and Hockey With No Cigars!

Thursday I took a half day at work because I won tickets to the NCAA Frozen Four at the Wells Fargo center in Philly from our local NBC TV Station. So, in preparation,  I took a walk with the dog and a Toraño Vault A-008 toro thst I believe came out of the 90+ sampler that Jack Toraño sent me last year (many thanks again, Jack!). The cigar has a flawless shade grown…

Chances are you have come across the Punch Rare Corojo in your smoking pursuits, considering it has been on the market continuously since 2001. Still, its annual release is an event, since it is produced in limited quantities and you never know how long into the year it will be available. I smoked my first one about five years ago, and it has been one of my go-to sticks ever… 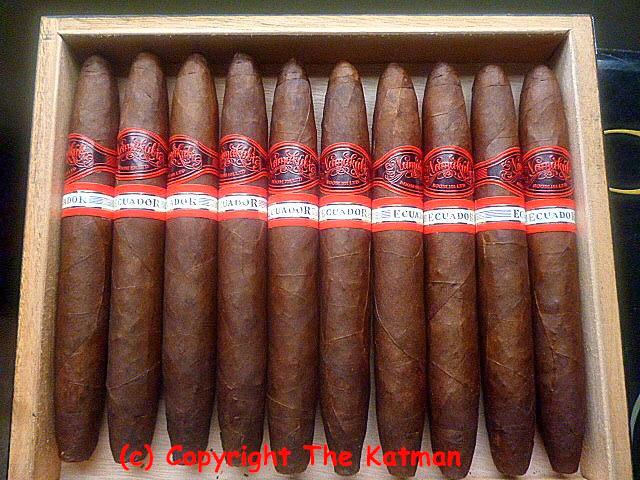 Room 101 is giving Tatuaje a run for their money. They have applied the same mystical approach to their cigar production and marketing.…

Cigar Safari 2014: Part One - Pictures For Your Viewing Pleasure

I am back safe and sound. I know some of you (Rob/Matt) were probably hoping that I wouldn't come back, but I did, so you will just have to deal with it :)

I didn't want to come back, and had an ABSOLUTE blast during my time at Drew Estate. As a side note, I think the FedHeads need to think about planning a Cigar Federation Cigar Safari trip next year, just saying.

I will be writing several articles about the trip, but I wanted to share some of the pictures I took. The…

Unless you live under a rock you have heard of the new company “ Roma Craft Tobac “. Skip the owner is taking the cigar industry by storm with three amazing blends. For this review we are smoking the “ CroMagnon Mandible” in a Petite Gordo 4 1/2 x 60.

"The CroMagnon is a boutique blend from RoMa Craft Tobac…
Continue 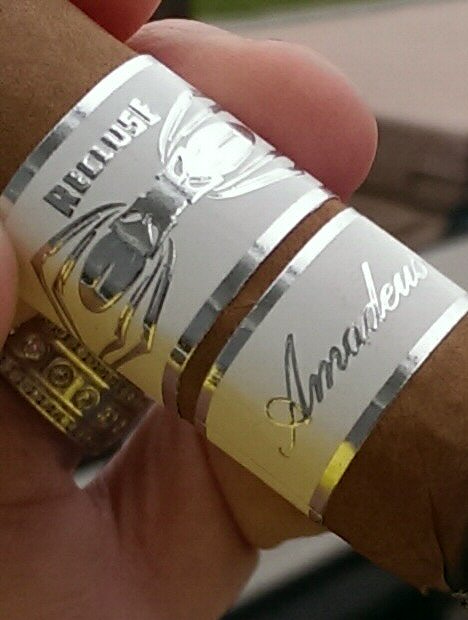 We at Iconic Leaf Cigar are pleased to announce the newest addition to our Recluse family of cigars.

Rob took some time and answered several of the questions we didn't get to last week on CigarChat.

Q: What type of parameters do you use when determining how to blend a new cigar?

A: First thing I look at is my own personal taste and what I want the cigar to be. Second I sit with the master blender and discuss what I am looking for in the cigar. I let him know the strength I’m looking for, the wrapper that I want and a cigar with god complexity and flavors. After he puts…