Cigars are funny things, they can be a celebration, or they can pick you up when you’re down. Sunday I needed a pick-up cigar after the Flyers lost to the Rangers in a playoff game they needed to win.  I went for one of the best cigars I have in my humidors, a Drew Estate Liga Privada Serie Unico UF-13 Dark. I’ve had the good fortune to have smoked a bunch of these and, I have to say, I like them. The size (5½” x 52) works very well, its perfectly balanced and satisfying. It’s… April 29, 2014 — (Fort Worth, TX) Black Label Trading Company and UnderGround Cigar Shop are teaming up for a MORPHINE Pre-Release Party.

General Cigar announces the world premiere of 1907 by Dunhill®, a medium-bodied, four-cigar collection that will be available at fine cigar shops nationwide, and at premium tobacconists worldwide, beginning in May.

1907 by Dunhill marks the first full-time new Dunhill brand since its Signed Range was introduced in 2001, and…

Here is the broadcast from last night, in case you missed it. Seth and I want to thank Sam, Mario, Henry, and Pedro from Drew Estate for joining us last night. If you want to understand what Cigar Safari is all about, then watch this video.

Without any further adieu....

WASHINGTON DC - On Thursday, April 24, 2014 the future of the premium cigar industry, and the ability of customers to choose to enjoy premium cigar products, may have changed forever. Since April of 2009, Cigar Rights of America (CRA) has issued a…

Editor's Note: I've been meaning to port my old blogs over to Cigar Federation for awhile now, but have just been too lazy to do it.  With lots of discussion about Cigar Safari recently, and with Logan and Seth having a Cigar Safari Recap tomorrow night, I figured this would be a good day to kick this off.  I'll post the first entry today and follow up with subsequent entries on… 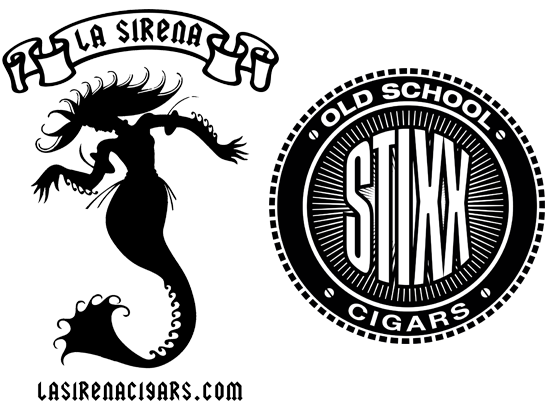 E.P. Carrillo has updated the big-ring gauge Inch line that he introduced a couple of years ago, incorporating a Corojo wrapper and binder. For those who are fond of the Corojo leaf – and that includes me – this is enticing news. And something worth investigating, even if large ring gauge cigars seem a little excessive.

Reading into Padron’s historical ratings really requires an Excel spreadsheet.  When you consider what this company has done, their history is unmatched.  I cannot think of a company with a small portfolio, which has review after review of high ratings from the cheapest to most expensive cigar.  Across the board from bloggers, magazines, reviewers, critics, you will always find Padron.  When I think of the best maduro on earth, I think of PAdron.  When I got into cigars after…

I revisited some cigars this week as well as trying a new one and there were some big news stories. I was plagued with migraines at the end of the week, so I took Friday off to recover. I think raw onions are another trigger along with red dye 40 (and maybe the yellow dyes too, not sure about that one). Anyway, I did manage to smoke a few cigars, let me ramble on about them before we get to the important stuff!

This release will be available in two offerings:

The E.L.F. PACK SIDEWINDER series assortment will enclude each of the three Sidewinder vitolas which consists of a 5x57, 6x57 and 7x57 in this one of a kind shape that combines the roundness of a cigar with the box press. These three vitolas will be available in the E.L.F. Pack series assortment and will come in all three of the…

How to Spot a Fake Cuban

We had suggestions to make permanent articles to some of our show topics over at What Embargo studios, so this is the first!  Episode One recap: How to Spot a Fake Cuban.  Click here for the article… 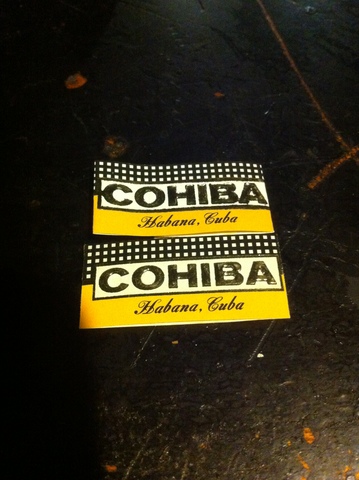 During my time at IPCPR 2013 I discovered a lot of brands I was not familiar with. Elogio was one of those brands. The husband and wife team was their with their daughter, which really showed the dynamics of this company, and they were all very pleasant to talk to. Very enthusiastic to speak about their brand and love of the industry. So, today I am going to review the Elogio LSV Corona Extra. A size that is a personal favorite. …

Last time I said I was going to smoke some readily available cigars as opposed to the limited and discontinued stuff I was smoking last week. I think I managed to accomplish that, and smoke some pretty tasty cigars in the process! Sunday afternoon I lit up my last 1502 Black Gold Toro, a cigar I really like and will have to put some more in my humidor. I recently received all three 1502 blends in lancero format, so look for those recaps in the not too distant future! Anyway, I love the…

Mod Press Release: Griffin’s is launching the Gran Robusto, an innovative format to the line

Basel, April 2014. With the creation of this innovative Gran Robusto, the renowned and popular cigar brand Griffin’s responds to the desire of modern aficionados to discover and enjoy a multi-faceted and well-rounded cigar experience. The new Griffin’s Gran Robusto is perfectly balanced and proves to be an ideal companion to follow a light meal.

I picked this cigar up 2 years ago on a trip to Canada at a friends cigar shop.

This cigar had amazing construction and perfect shape.

This cigar had a perfect draw and burn from start to finish. It started with a nice leather and wood note that eventually turned earthy. Through the retrohale it had a nice cinnamon…

I know most of the media guys on the recent Cigar Safari trip have been banging out articles about the trip, but for some reason, it has been difficult for me to write about it. I guess you can call it writer’s block, being terrible with the written word, being scared of writing something that isn’t good, or a host of other things.… 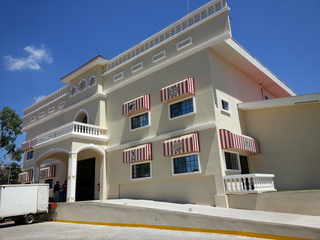