The Macanudo Cru Royale Toro was sent to me as a part of a prize pack from a raffle that Leaf And Flame held to raise money for cancer research.  Cancer is something that has affected almost everyone, and has certainly affected me personally including my father and my best friend.​

Picked up some spice, light barnyard, Spanish cedar and sweet tobacco.  Quite a lot going on here, I had to take a few minutes to make sure I was really…

I will be honest, I had no clue who Leon Jimenes is, so I was interested to see what this little robusto was all about, being that it appeared to be a Connecticut wrapper.  Color me an ignorant noob when I realized this blend was created to honor the founders of La Aurora, whom cigars I adore, and of Dominican descent.  Seems like I have…

I woke up fairly early again, around 6am.  This morning I finally heard the Esteli sirens going off to wake people up.  I lit up a cigar and walked around taking in the Estate and the artwork around the area. 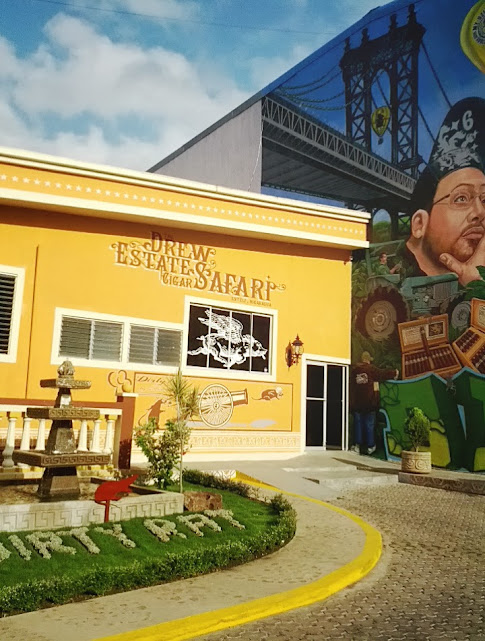 Since most people weren't up I was able to capture a really nice panorama of the mural wall along with the landscape off of the main courtyard area.

Once everyone was up we had a really great breakfast, JD came over and…

Want some free Padron 1964 Anniversary Maduros?  Check out the latest giveaway on RRR! 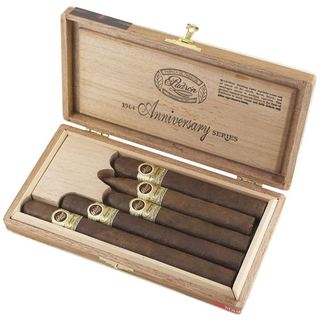 This is Day 2 of the Drew Estate Cigar Safari.

Even after being awake for as long as I was, I still ended up being wide awake at 6am.  I'm too programmed from corporate life and waking up at 5am to adjust this quickly.  It must have been the altitude because I felt completely rested and ready to go. 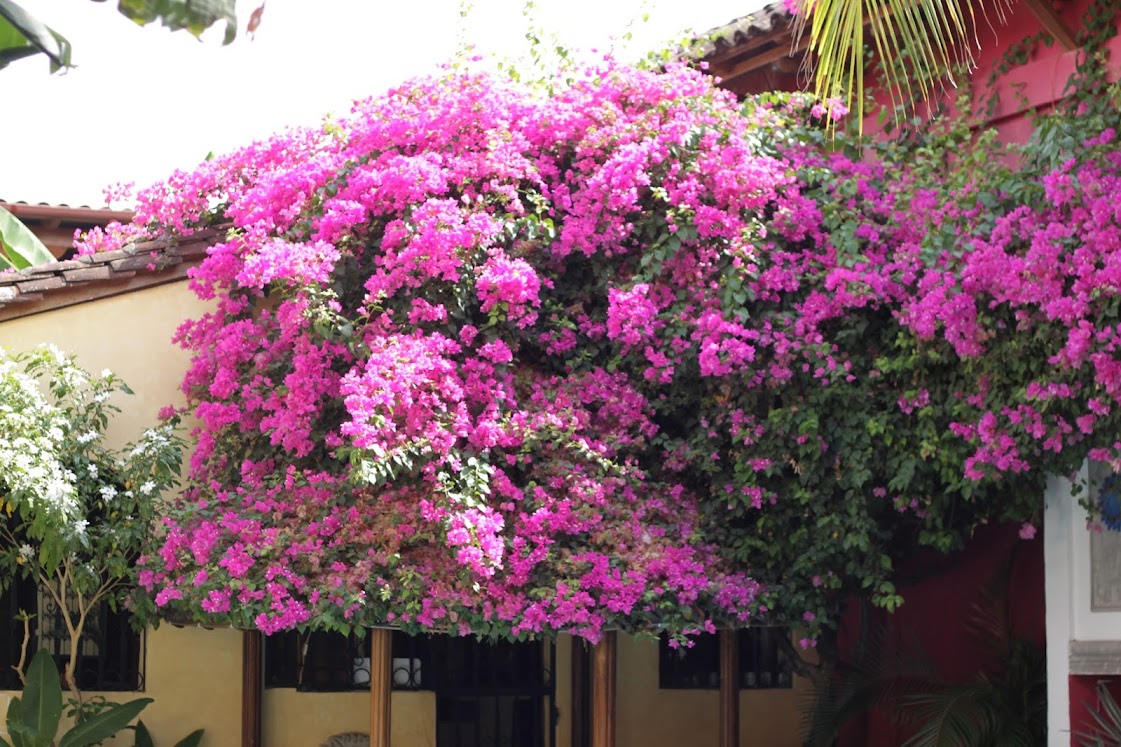 Breakfast at the Hotel Colonial was a traditional Nicaraguan breakfast that included eggs, fresh fruit and beans and rice.  It was very tasty.… 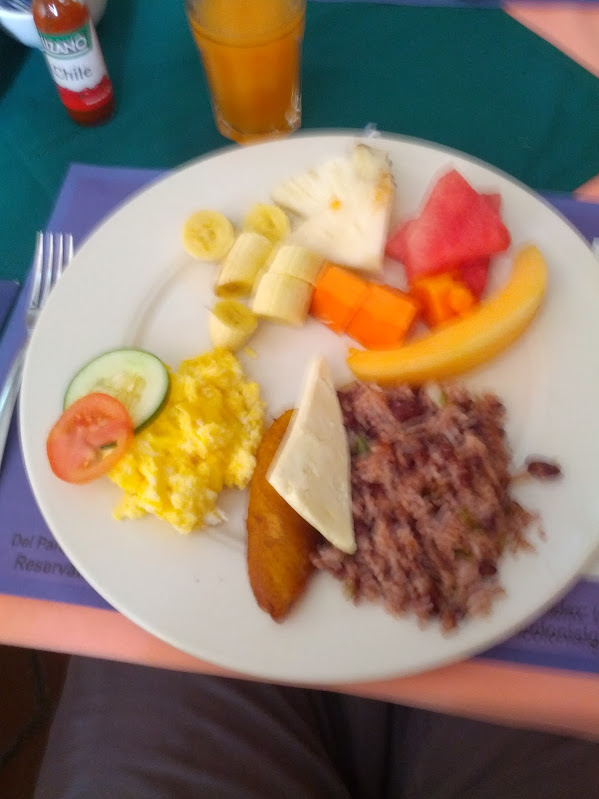 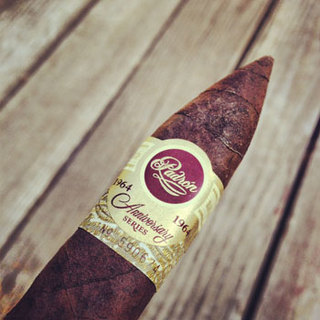 Alan Willner, vice president of marketing for General Cigar, parent company of Macanudo said, “Whether on the course or at the 19th hole, bonding with friends through golf often includes the enjoyment of a fine cigar. Aligning Macanudo to Big Break,…

You know, at times reviewing cigars can seem more business then pleasure, as the note taking, determining taste profiles, and objectivity can take away from the personal enjoyment of the moment.  We have monikers employed to describe our experience and build our opinions from, which sometimes may make little sense to…

Fred Rewey, founder and president of Nomad Cigar Company, formally announced the introduction of a Nicaraguan blended cigar to the Nomad family. The Nomad Estelí LE Lot 1386 will be released in July at IPCPR with future blends later in the year.

Until now, Nomad’s entire production has been limited to Dominican Republic. The move of expanding the line to include Nicaraguan tobacco seemed a natural one.

In keeping in line with Nomad’s philosophy, the release will have a few… Day 1 of the Cigar Safari started for C4ddy and myself on Saturday April 13, rather than Sunday April 14.  We wanted to arrive in Managua as early as possible so as not to miss any of the activities.

Due to the way flights were arranged, the only choices we had were to fly into Managua the evening before (8pm) or fly into Houston and lay over until the morning flight.  Litui decided he was going to do the same thing, but flew into Houston earlier.

Hearing that we had a 9 hour…

For those of you that have not followed this column, the first two installments are at www.robbyrasreviews.com under Coffee and Conny Reviews: Chapter One and Two. Basically, I love coffee, and I love cigars, so I figured I should explore the pair and perfect the two together.  Since I normally review with ice water for no palate interaction, I keep these reviews quick and to the point.  In my attempts to determine which pairs work best together,…

Washington, DC- Senator Bill Nelson (D-FL) and Senator Marco Rubio (R-FL) introduced S. 772 on April 18th.  The bill aims to "to amend the Federal Food, Drug, and Cosmetic Act to clarify the Food and Drug Administration’s jurisdiction over certain tobacco products, and to protect jobs and small businesses involved in the sale, manufacturing and distribution of traditional and premium cigars.”

This will be the first attempt of pancaking two reviews into one, with two given Habanos, with differing ages, that are significant enough I should notice changes in profile.  I came up with the concept to give smokers an idea of the changes…

I picked these up as 5 packs from Cigarbid.com.  These were the Reddit /r/cigars runner up for the April cigar of the month.

Rich tobacco, cedar and fresh coffee.  The nose on these has me eager to light up. ​

This My Father Le Bijou 1922 is a petite robusto 4.5" x 50.  It's triple capped with a luxurious band that ends up taking up half the length…

As you may already know, CigarChat is designed to give cigar smokers access to some of the biggest names in the industry.  We want you to be able to ask any questions you may have.  We will take questions live during the show, but sometimes things get missed.

Leading up to every show, we will give you the opportunity to post your questions in advance.  Our goal is to get to every question and posting your questions here will help us do that.

This cigar was won courtesy of Cigarbrief.com and their Foxtoberfest contest.

The San Cristobal Papagayo is a toro cigar 5 3/4" x 55.  There's some tooth near the triple cap.  A flat vein runs the length…

This cigar was won courtesy of Cigarbrief.com​ and their Foxtoberfest contest.

Not a lot to pick up here.  All I could get was light hints of cedar and faint tobacco.​

This was from the CigarBrief "roll like a blogger" Foxtoberfest contest.  This was an extra cigar thrown in by Jesus Fuego himself.  It's a pre-release for the line.

I wasn't picking up a lot here, primarily cedar and light tobacco scents.​

​This is the latest limited release of the Oliva Serie V.  I first got introduced to these back in 2011 from a Redditor by the name of Speedgeek.  Since then I've managed to get a box of each of the releases going back to 2008.

I picked up sweet tobacco with cedar and hints of cocoa.​