I purchased the Filthy Hooligan back in 2013 along with other candela cigars I intended to review. 2013 and then 2014 both came and went before I had a chance to prioritize this in my review list. It seemed fitting to try and line this up with St. Patrick’s Day.

The Alec Bradley Filthy Hooligan was first released in 2013 to only 2,000 boxes each at 22 count in a single toro vitola. 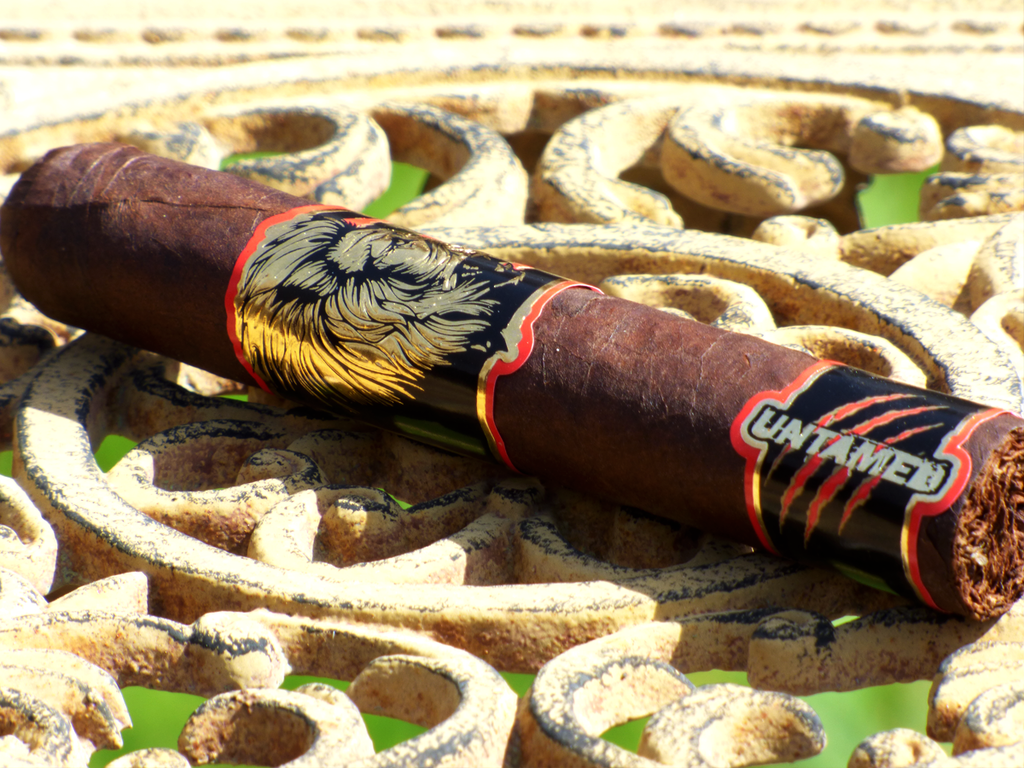 I’m on a House of Emilio kick this week. Enrique at Global Premium Cigars recently released his three core lines in corona sizes, and I was lucky enough to have a couple of each arrive in my mailbox a week or so ago. Thursday I grabbed one of the 1502 Cigars Black Gold Coronas, who would expect otherwise?  I’ve been a fan of the 1502 line in general and the Black Gold in specific.  All the coronas are 5½ x 42, and are box pressed, and my ScrewPop 2.0 punch was the perfect diameter to…

After a little hiccup in my schedule last week, sorry about that guys, I continue my way through this collection. I've become a pretty big Connecticut fan the last couple years, so I'm always excited to try new blends. And after a pleasant experience with the Habano, I have great expectations.

In February 2013, RoMa Craft Tobac announced a store exclusive for R. Field Wine Co. in Hawaii called the CroMagnon Venus.  The Venus name stemmed from "fertility figurines are thought to have been at the center of a Cro-Magnon religious fertility practice. [E]vidence of the culture that…

A Great Big Toxic Cigar, Half a Toscano 1492 and an Arandoza

This isn’t going to be too long a post, we went to a local Vietnamese restaurant for dinner tonight and apparently Vietnamese cuisine isn’t a good match for my digestive tract!  Scratch that one off the list!  We have a shopping center within a half mile of the house that has a bunch of interesting eateries, and we’re working our way through. So far Cheeburger Cheeburger is a winner for dinner, and The Bacon Press is an obvious choice for breakfast and lunch (not open for dinner, the…

MIAMI, FL – Viva Republica™ is pleased to announce the release of its Limited Edition Culebra.  The Company has produced one thousand (1,000) coffins each containing a traditional three-piece culebra. The Culebra is comprised of three unique blends, featuring that of the Company’s Rapture, Rapture Maduro and Guerrilla Warfare…

For those who have been following my reviews for a while, you’ll know by now that I’m a full blown Oliva fan boy. I have at least one box of ever Oliva Serie V Maduro ever release, along with Nubs and regular Serie Vs.

At the IPCPR in 2014 I was surprised to hear that Oliva was entering the infused market with their offerings of the Nub Cappuccino, Macchiato, and Espresso.

The Cappuccino is available in the Cigarillo (4”x30), 354 Rothschild…

The Autumn Evening from Cornell & Diehl has received consistently high ratings for awhile, so I decided to give it a shot.  This is part of a Pipe Dummies push to find an aromatic tobacco that Logan will enjoy.  It may be an exercise in futility, but I'm willing to give it a shot for science!

Cornell and & Diehl is one of the bigger names in pipe tobacco.  They produce a ton of pipe tobaccos of…

Although the market is filled with limited release cigars, L'Atelier Imports has brazened the landscape with only one project to date that would fall into that category, a limited run for IPCPR attendees known as Extension de la Racine.  But when the Garcias offer you the opportunity to use a small amount of coveted Pelo de Oro from one of their farms, you don't pass up the opportunity to create something extremely special.

With so many new cigars to smoke, I decided to go with some old favorites and not so new cigars this week. We had probably the biggest snow of the year this week, and it was only about 10″, but it’s still enough to mess up the roads. Hopefully this is the last we’ll see of the white stuff (I know a lot of the country has seen their fair share this year). I’m celebrating the return of Daylight Savings Time here today as well.  It’s gotten a lot easier now that most of the clocks change…

Originally released as a single-vitola Limited Edition, the King of Kings Broadleaf is the fourth offering from relative newcomer Kings Cigars behind the Baron, Conte and King of Kings Habano.  The King of Kings Broadleaf is now available in 5 different vitolas - a 5x52 Robusto, 6x50 Toro, 6.5x54 Torpedo, 7x52 Churchill and the original 6x64 Box-Pressed Cuadrado - due to the popularity and demand of the original. I'm not extremely familiar with Kings Cigars so I'm eager to see what this…

Monrovia, CA - March 4, 2015 — La Marca Cigars, a retailer in Southern California, is proud to announce the LMC Aniversario, a cigar to celebrate the company's first anniversary. Last April the shop opened its doors and has since gained the reputation for carrying an assortment of boutique brands. One of those brands is Rodrigo Cigars.…

A Mia Dora, a CAO Cigar, a Psyko Seven, a Epicurean, a Jingle and Conan in Cuba

I received a nice bunch of cigars from Gary Griffith of The House of Emilio this week which included some new coronas from some of the great companies in their stable, as well as a couple of the Emilio Mia Dora robustos. I had one I picked up at an event a few months back that I had been waiting for the right time to smoke and figured now tat I had a couple more, the moment was…

March 4, 2015 - Pi Day is the unofficial holiday held to celebrate the mathematical constant π (pi). Pi Day is celebrated on March 14, the month/day date format as 3/14; since 3, 1 and 4 are the three most significant digits of pi. March 14 is also the birthday of Albert Einstein so the two events are sometimes celebrated together. This year (2015) is even more significant as 15 is the very next consistent after 3.14

There are a variety of ways of celebrating Pi Day and…

Seattle Pipe Club Plum Pudding is a was created by Joe Lankford, for the Seattle Pipe Club. This pipe tobacco was so popular, that Joe had to turn over production over to Pipes & Cigars. Joe simply couldn’t keep up with the demand.

It is a highly rated English blend and can be tough to get your hands on. As of this review P&C’s is completely sold out. I would be really curious to see if I could get my hands on some the original Plum Pudding Joe blended himself before…

The new Romeo y Julieta Pirámides Añejados and Montecristo Churchill lines from Habanos SA seems to be a very polarizing release according to initial feedback.  When these were announced back in December, the whole Habanos world seemed to have an opinion on whether or not the line was legitimately aged, worth the predicted retail prices, and just what exactly Habanos was thinking with a release like this.  Tuna and I discussed the topic on one of our shows, and to me I felt it showed…

General Cigar is pleased to announce that Punch Signature has started shipping to cigar retailers across the country. Product will be available for purchase this week.…

(Miami, Florida) February 3, 2015— A.J. Fernandez Cigars, recognized for creating some of the most acclaimed cigars in the industry proudly announces the unveiling of the AJ Fernandez Lounge at The Perfect Smoke Cigar Lounge located at 213 South Lee Street, Salisbury, NC 28144.
…