A Nice Day Off

A Nice Day Off
If you have been reading the blog you know that it all started on the golfcourse. Yesterday was a very nice day with a 7:45 tee time at Timicuan golf course. Timicuan is usually out of my price range so it was my first time, thank you dealcaddyGolfnow.com . But this is a cigar blog so on to the smokes. At the turn I lit myself an Undercrown, and offered that or a Perdomo 10th anniversary to Old carguy. Since he has had several different Perdomo's from me he decided to try…

Summary of this week's wrapup:

The past few weeks, this one notwithstanding, have been heaven-sent for New England cigar smokers. What’s better than to find the time to sit outdoors, feel the warmth of the sun, and light up? It’s the simple things that most of us crave, after all. But even then, the most precious commodity is usually time.

During the IPCPR tradeshow last year, a number of new cigars were announced by A. Fuente.  Some of them have since been released, but relatively little has been subsequently seen of one new line, the…

IPCPR: I Want You To Want Me | CigarCraig's Blog

I’m conflicted. Last year, the IPCPR decided to try out having a membership level for members if the internet media, such as myself. They published a fairly stringent series of guidelines, had an application process, as well as a fee that was fair in comparison to the other levels of membership that...

The Weekly Wrapup at The Cigarmy

Good evening, everyone.  I have an “official” review in the works, to be published tomorrow – for A. Fuente’s new cigar to be released this summer, the Casa Cuba.  I managed to get my hands on a couple of them, and thought I’d review them since I’m probably the biggest Fuente fanatic you’ll ever meet.  In the meantime, here’s a few of the happenings from around…

Buy a Peacemaker Cuban Wheel and get 2 tickets to the Tribute to the Wounded Warrior, May 27 at Great Meadows, The Plains, VA., a $90…

Since being named President and CEO of Gurkha Cigar Group, Inc. (formerly Beach Cigar Group), Gary Hyams (formerly of CAO), has overseen three new realeases: the Cellar Reserve (to be reviewed here in the future), the Royal Challenge (previously reviewed), and today’s cigar of choice, the Seduction.

To celebrate March Madness, BNB Tobacco is offering FREE shipping on any order placed today or tomorrow (3/15-3/16) Plus, enter your pick for the biggest upset along with the score for a chance at getting your entire order for FREE! Check it out- …

Paul Stulac’s cigar odyssey is an impressive one – from cigar store owner to cigar maker – and his initial offerings clearly make an impression, from presentation to taste. His first line comes with distinctive names (Skull, Angel, Ghost, Phantom, Cross), label designs (think “goth”), and shapes (box press). In short, you will have no trouble…

Paul Stulac’s cigar odyssey is an impressive one – from cigar store owner to cigar maker – and his initial offerings clearly make an impression, from presentation to taste. His first line comes with distinctive names (Skull, Angel, Ghost, Phantom, Cross), label designs (think “goth”), and shapes (box press). In short, you will have no trouble recalling a Stulac stick if you…

(Click HERE to link to episode page and listen!)

Trip Report & Pictures from the DR

Hey everyone...I've been pretty scarce around these parts for a week or so.  We made it down to the DR for the Fuente/Newman CFC gathering.  I just posted up a short trip report and over 700 pictures.

We are back!  As most of you know, portions of The Cigarmy traveled to the Dominican Republic this past week via Miami, to attend CFC2012, the Fuente & Newman families’… 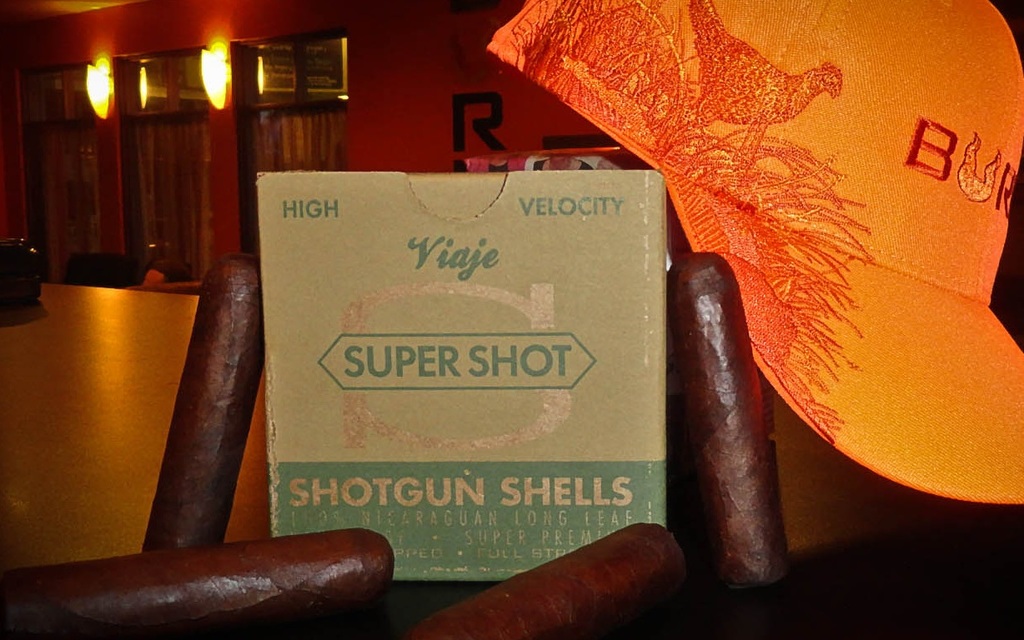