This week, I start exploring the new Nestor Miranda Collection from Miami Cigar Co. There are three blends: the Habano (Green), Maduro (Red) and Connecticut (Blue). Today I am going to be reviewing the Habano, and not to be too big of a spoiler alert, but maybe it is. I have had a lot of just so-so cigars lately. Like, I'd smoke another one, but I wouldn't really go after them, but this cigar was pleasantly different.

Orale Juan Lopez! Arguably the most underrated regular production smokes on the market, Seth and I are huge fans of the Juan Lopez Marca. For some reason the Juan Lopez Petite Coronas always seemed to be on the backburner for me, as so many other petite coronas and minutes dominated my humidors. I finally made it a point to seek one out via trade, specifically for review. I am not positive of the date code, but I know the cigar came from a 2013 box. The Juan Lopez brand only…
Continue 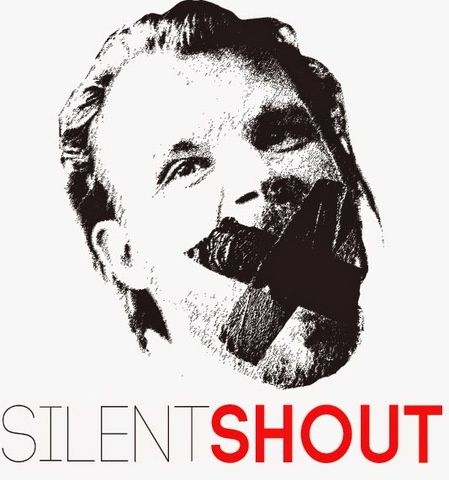 I am actually reusing an introduction that I have in place for Seth's Humidor for this review, because I believe it properly introduces Silent Shout and Lost&Found. I tried to create a whole new introduction, but it never did justice to Lost&Found. If you enter any cigar factory's escaparate, you will find…

A few weeks ago, Logan passed along a package to me from Barry Stein containing a Garofalo Robusto.  Having never heard of the cigar, I conducted a bit of research and found it marketed as such:

He's not a cigar maker with a history of a Cuban family that has been growing and cultivating tobacco for generations. He does not wear a fancy hat, or ride a horse or wear a Guevara shirt like all the cliche ads in the cigar magazines. He is David Garofalo, an Italian American…

I continue to have trouble NOT reaching for maduros and darker wrapped cigars! I guess it’s a winter thing, I’ll try to reverse the trend, but, honestly, I’m loving most of the cigars I’m smoking lately! The My Father Connecticut I smoked a week or two ago was a really good change, but I have to wonder how I would have felt smoking it outdoors in the cold. The darker, heavier wrappers just seen to hold up better both structurally and in flavor, when the mercury… 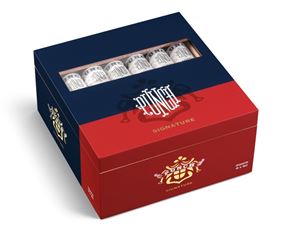 General Cigar is pleased to reveal details about the wrapper, binder and…

Over the past several weeks, there has been a lot of news about an offering from Bellatto/Caldwell/Sears (formerly Impromptu).  We originally posted about it here.  Last night, we received the following from Robert Caldwell:

I wanted to take the time to explain Bellatto/Caldwell/Sears (Formally Impromptu). A lot…

Warped Cigars and Kyle Gellis made a big splash at the 2014 IPCPR. Their booth was organized in such a way that it was hard to believe it wasn’t their 4th or 5th IPCPR. Their cigars soon starting showing up on a significant number of top 10 cigar lists including my own. When the Don Reynaldo was announced in late 2014 I made it my goal to get my hands on some.

Warped Cigars made a big impression on the cigar world in 2014.  The La Colmena No. 44 was my #3 New Release Cigar of 2014 while the Flor de Valle was up there for me as well.  With all that being said I was quite eager to get my hands on the La Colmena Unico…

Recently I was turned on to a newer brand, looking to make a splash in 2015 with two releases out of Nicaragua known as Ohana.  Ohana is the brand, Ryan Rodriguez is the owner, and the cigars are being made at Plasencia with some seriously aged tobaccos. Rodriguez has two blends he is releasing March 21st at UG Fest, the first annual cigar festival put on by Underground Cigar Shop and Lounge in Fort Worth, Texas. The Friends and Family blend was the first cigar I…

It’s been a cold and busy week. We managed to schedule the furnace and water heater installation on the coldest day of the year. It all went well, we now have efficient heat and hot water, and all is right with the world.  It was brutally cold here this week, too cold most nights to walk the dog, but fortunately the screen porch (with plastic up covering the screen) runs twenty or thirty degrees warmer than outside with a space heater running. It’s a tolerable place to enjoy a cigar…

Miami, FL – Drew Estate announced today that they would be participating in Smoke Inn’s Microblend series with a new cigar named “Pope of Greenwich Village”. The new cigar will be released in Spring 2015 and will be available through Smoke Inn’s South Florida-­‐based retail stores and website.

This week I am going to review the darkest of the La Aurora Preferido Corona line, the Broadleaf. The wrapper on this cigar is very dark and looks great. Let me apologize up front for the quality of these photos and the lack there-of. I just didn't do a good job of keeping up with them, this time. My bad. But you can still tell how it smoked. ;)

You saw Seth's take, now you get mine!  All in anticipation for our upcoming show on Tuesday!

Bigger is better, and so goes the evolution of Cuban cigars into the world of large ring gauges, with the introduction of the Cohiba Robustos Supremos Edicion Limitada 2014. For the purpose of being…

The Senorial 65th Anniversary is the first limited edition cigar from Las Cumbres Tabaco.  The cigar itself commemorated Jose Blanco's 65th birthday and is limited to 20,000 cigars.  The cigar is a beautiful 5 3/4 x 55 perfecto called Perfecto Elégance and is available in boxes of 10.  I believe the CigFed store is currently sold out, but when in stock…

My Father Connecticut, Oliva Orchant, a Little PDR, and a Toraño

Sunday afternoon I took the two mile trip to the cigar show since it was bitterly cold and windy.  I finally smoked the My Father Connecticut Toro.  This is a 6½” x 54 Ecuador wrapped beauty is made from tobacco grown on the Garcia’s farms in Nicaragua (except the wrapper) and cut and lit nicely. I was quite impressed with everything about this cigar. It burned perfectly, had a great draw and gave me a nice hour and a half or so of relaxation. I have been spending more time at this… 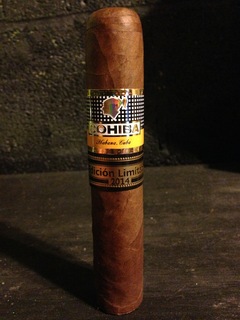 Catfish and I have taken our time in reviewing the 2014 Limitadas, but we knew that when we were to begin the reviews of them, there was only one limitada to begin with. Cohiba is the flagship brand of Habanos S.A., and it is a brand that has received much praise over the years. It has received its criticism as well, but more often than…

The Drew Estate Smoking Monk of Esteli project dates back more than 3 years. Announced in late December 2014, the entire range covers five different types of beer to pair with. They are available in a single toro vitola at 6-1/2 by 54 ring gauge.

The Smoking Monk of Esteli line is exclusive to Cigars International and can be purchased from CI or from Cigar.com.  In the coming weeks we will post reviews of each blend and also feature each Smoking Monk on…

Back in January, Young of Tabu Cigars was a guest on CigarChat and detailed his three core offerings.  Young explained how he observes the KISS method with Tabu Cigars along with the rule of 3s.  Tabu Cigars offers 3 blends - Gold, Silver and Bronze.  Each blend is available in 3 different sizes - Robusto, Toro and Torpedo.  Today, we will visit the strongest offering of the three - the Tabu Gold.

La Aurora Untamed, La Palina and Recluse: All Maduro, All Dominican, All Tasty!

The La Aurora Untamed is a new release from the oldest cigar maker in the Dominican Republic, and is a departure from the norm in a few ways.  As it’s name suggests, the Untamed is a strong cigar. It’s got a dark, rustic Connecticut Broadleaf wrapper surrounding Dominican and Nicaraguan fillers.  The packaging is also a departure from the traditional and classy presentation of the rest of the La Aurora line, with a noticeably agitated lion’s head roaring in front of what appear to be…