This is my review of the Alec Bradley Tempus Medius 6 Maduro (6x52).  I purchased these as a 5 pack from Atlantic Cigar, running $5.00 each.

This stick doesn't smell very strong with no particular note standing out.  You'll pick up hints of leather and a nice sweet tobacco.  I've read that there should be notes of coffee and chocolate but I wasn't picking up any of that.  Very pleasant but nothing really popped.…

Back in 2011 Gary Griffith, the enigmatic owner of Emilio Cigars, mentioned to A.J. Fernandez, a master blender famous for his San Lotano lines, that he wanted to add a Connecticut-wrapped smoke to his ever-expanding portfolio. From Gary’s blog:

"There are plenty of Connecticuts out there, and the one thing I stressed that I didn’t want was a one dimensional cigar.…

Enrique Sánchez of 1502 Cigars joins Logan and I on CigarChat tonight at 5PM PST / 8PM EST.  I first became familiar with 1502 cigars when they joined forces with Emilio Cigars in 2012.  Once I got my hands on their smokes, I wanted to have Enrique come on the show.  I enjoy all three blends that 1502 has to offer with the Emerald being my favorite.

This is my review of the Drew Estate Liga Privada T52 Jjohns71 from Reddit /r/cigars was generous enough to send me one for free to try when he heard that I had never had one.

This is what cigars should smell like.  A nice rich tobacco with sweet earthy undertones.  As soon as you catch a whiff you immediately want to light it up.  When I imagine the aroma of a stick coming out of a humidor, this is what my mind…

Basel, January 2013. Finding time to chill out can sometimes be a challenge. Davidoff’s new “Short Pleasures” Assortment responds to the rising need of aficionados to be able to enjoy a short, pleasing break in their hectic everyday lives. The assortment of four cigars composed of the Davidoff “Grand Cru” No. 5, Davidoff “Entreacto”, Davidoff “Millennium Blend” Short Robusto and Davidoff “Puro d’Oro” Gorditos create a symphony that allows the right cigar to be enjoyed at the…

Ezra Zion Cigars announced this week that they are set to rename the Inception to JAMAIS Vu.  You can get all the details in the Press Release posted here: JAMAIS Vu Press Release.

Check out my First Offense Review: Ezra Zion Reagan 40th at www.StogieCop.com  Another great cigar by Ezra Zion!  My hats off to you guys!

Half Ashed Podcast went up in Smoke

Last night was the first recording of the new cigar podcast Half Ashed. "Kip Fisher (of The Cigarmy) and Craig Schneider, former guest co-host of Dogwatch Cigar Radio, have teamed up with Kyle, Chris, and The Don of Cigar Federation to publish a new cigar podcast: Half Ashed. Kip and Craig were moved to undertake the endeavor in the wake of the final episode of Dogwatch, and expect to bring unique content and perspective to the show." For more information about the podcast click here:… Continue

Ezra Zion Cigar Company, recipients of multiple Cigar of the Year Awards for 2012, are re-branding their inaugural cigar release, INCEPTION. The name of the blend will be changed to JAMAIS VU.

Chris Kelly explains, "After being cleared for use by the United States Patent and Trademark Office, we went into furious production on INCEPTION. Come to find out, the USPTO failed to inform us of another company that was using the same name and ended up awarding them the trademark… Continue

The Tatuaje TAA 2012 was a limited release from Pete Johnson.  The cigar was made available to all Tobacconist Association of America members and was priced around $12 per stick. 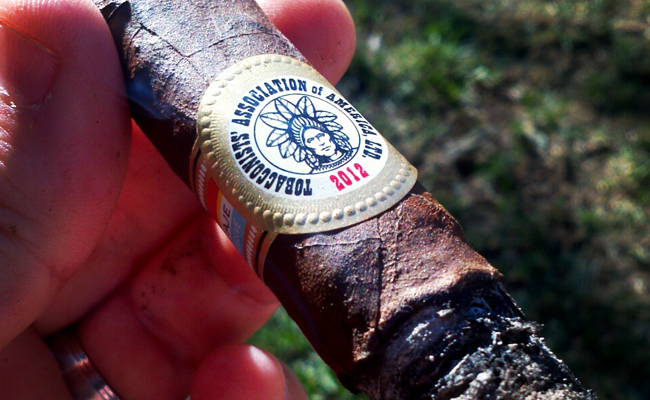 It seems every time you turn around, Gary Griffith of Emilio Cigars has a new stick for the cigar world to sample. One of his latest offerings is the Draig K, a very dark maduro that promises a full-bodied smoking experience. The sticks are made at the El Paraiso factory of Nestor Plascencia in Honduras. It’s a small-batch blend, with about 400 boxes of 10 for each size… 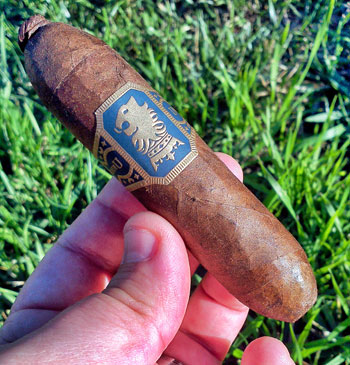 The Liga Privada Undercrown Flying Pig by Drew Estate is a limited release. It is the ULTIMATE limited release. The boys over at Halfwheel have all the info, so I won't get into all of it. The crux of the matter is that the UC FP was a regional release in Holland and was…

Half Ashed: A Cigar Federation Podcast

Hello everyone!  I hope this Superbowl Sunday finds you doing well.  I’m back from our trip to the Dominican Republic for CFC2013 (I’ll be posting a quick trip summary and pictures this week, as well as talking a bit about it on our first show), and thought I’d drop a quick update on the upcoming show while enjoying a fine My Father LE 2012.  The news has been kicked around (and published …