Viaje Hints at Its Debuts for IPCPR 2012 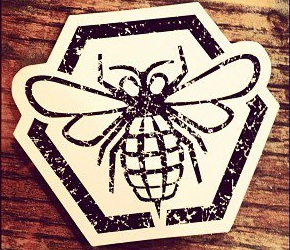 Andre Farkes told us that there would be a clue of what is to come form Viaje in one of the shipments of Viaje cigars to cigar stores. Above is the hint that Andre told us about. From this clue we gather that the HHG or Honey and Hand Grenades will be debuted at the IPCPR 2012. We reviewed one of ten of the pre-production Honey and Hand Grenades that Andre gave us in the…

CFC 2012 and a couple other newsworthy items

Not much to say this week outside of a bit of rambling, as I'm preparing to return to the Dominican for CFC with the Fuentes & Newmans on Wednesday. I will try to post up a few pics at least while we're there, and will do a full trip report when we return.  If you are interested in a short little snippet, here's a link to a couple of other items I did post today...…

(Click HERE to link to episode page and listen!) 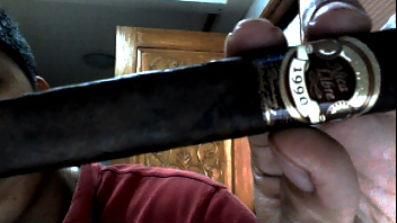 This Cigar Review was originally published online last 02/10/2012 on the cigar forum site, www.CigarGeeks.com under the username 'southernrun'

Cigar Devil is a new “Daily Deal” site designed to give you the best deals from some of the top cigar producers. Think LivingSocial.com or Groupon.com, only with your favorite – Cigars, Cigars and more Cigars!

You will find that my cigar smoking habits may be a little different than most of my contemporaries. I certainly do smoke a lot of different, new and unusual smokes, but I don’t generally go out of my way to get the newest and rarest. Much of this has to do with my frugal nature, I’m a cheap bastard. The thing is, I have always had a healthy…

Were you herfing… Continue

Cigar fanciers know the rock stars of the industry are the guys who put together the blends and produce the sticks – the likes of A.J. Fernandez and E.P. Carillo. But every once in a great while, a cigar maker will look for a real star, as in movie star, to be the front man for a line. Prometheus, producer of the celebrated God of Fire blends, has done so by enlisting actor…

February Giveaway at The Cigarmy

I always hesitate to post the giveaways in the "Blogs" section, but I guess it fits since it technically is a blog entry...

It's time again for another giveaway over at the Cigarmy.  If you'd like to get in on it, you can find out  how to enter by …

Film Review: The Heart and Soul of Cuba and a Punch

A month or so ago I was invited to download and review this film, "Cigars: The Heart and Soul of Cuba" - a documentary film by James Suckling and James Orr.  Of course, James Suckling is well known for having been the European editor for Cigar Aficionado magazine for many years, and has a wine review site at jamessuckling.com.  …

Roses for Her, Cigar Savings for you!! - Valentines Day Sale!

Check it out and let us know what you think!…

From all appearances, I jinxed this week’s weather by mentioning how great it was last week.  This fine Florida morn comes in about 40 degrees cooler than the same time a week ago, and I do not appreciate it.  Nonetheless, there are cigars to be smoked and I’m not one to shirk my responsibilities.…

A Couple of Cigars: a La Libertad and a Cain F

A few months ago I received some cigars from Villiger-Stokkebye, a couple of their newest offerings, and a 4 pack of their current brands. Since the only Villiger cigars I’ve smoked in the past have been the little machine made Exports (which, by the way, are excellent little cigars!), I figured I’d start with the older lines and work my way up to the newest.  So, since there were 2 of the La Libertad Robustos, I…

I haven’t really smoked anything unusual this week, opting instead for some old favorites.  One of those was a Maria Mancini Robusto Larga from a couple of five-packs I picked up on a visit to JR Cigars in Whippany, NJ.  Anyone who has been following me for any period of time will know that…

International Tobacco Partners has teamed with Jeffrey Avo Uvezian, son of famed cigar maker Avo Uvezian, to produce a premium cigar line called Rock-A-Feller Cigars. From the inner lid of each box: “A brand that exemplifies prestige and exquisite taste blended in an incomparable combination of fine tobaccos, grown and aged to perfection. Inspired by the legacy of John D.…

Starting today, we are offering sales on these products: