The Tantrum P.A. by the Ezra Zion Cigar Company, makers of the popular Jamais Vu and FHK, is the follow-up release to the limited edition, original Tantrum (my #1 cigar of 2013). The P.A. in the name stands for “Passive Aggressive” which the company says is in reference to the “strength-mild-strength dynamic when smoking the cigar.”

What better cigar to smoke when living on the Gulf Coast, than George Rico's S.T.K. Miami Barracuda LE Maduro 2014? Well, I guess the original Barracuda would as well, but I smoked that a couple years ago, and doubt I can find more. But, today I am talking about the Limited Edition Maduro. Which, other than the band not having the Barracuda on it, so closely resembles the original that it's hard to tell them apart. Let's see how this Maduro plays…

General Cigar announces that Punch Rare Corojo will make its annual return to retail beginning on February 16, 2015. The seasonal collection will welcome a new frontmark and a limited edition size available exclusively this year. 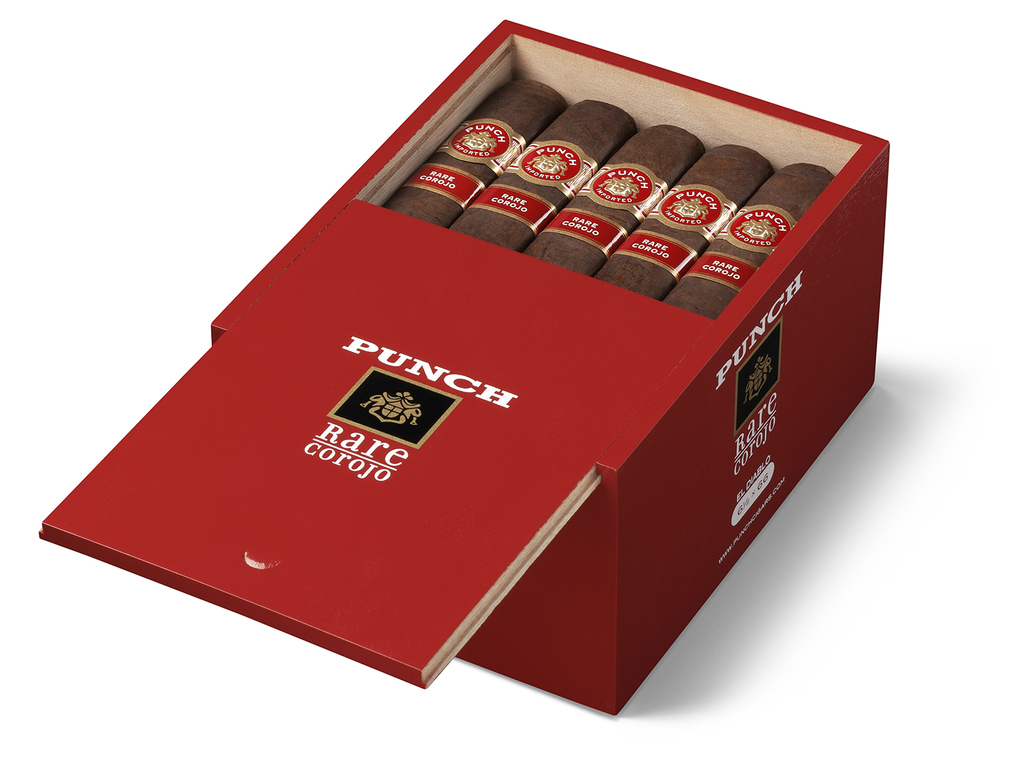 The 2015 release of Punch Rare Corojo marks the addition of El Diablo, a burly 6.5” x 66 cigar, as a permanent new item in the…

The Roberto P Duran Premium was released during ICPRP 2014.  After the release of the Azan line in 2013, Roberto felt it was time to add a super-premium cigar to his portfolio.

“The Roberto P. Duran Cigar Brand has been a long time in the making. We used the absolute best tobacco available and we delayed the release of this cigar as we wanted to make absolutely sure that it was the best expression of a super-premium cigar.” - Roberto P…

Ramon Allones, the brand I want to love, kind of love, yet never seem to go deep on.  I placed a thread in the Cigar Cartel Group to see what members wanted me to review, and the overwhelming choice was the Ramon  Allones LCDH Superiores Grand Corona release.  Generally, I am a corona gorda whore, so my expectation was high going in. I am not sure of the box code or date, but I am pretty sure it came from the 2012-13 MUR codes, as I got it from a good BOTL…

Cold and snow, but fortunately not any where near the snow that was predicted or our neighbors to the north got! I can’t complain too much about this winter so far.  It’s only really dissuaded me from taking my evening cigar and Macha walks a couple times, and the enclosed porch has been fairly comfortable.  If we can get through the next six weeks or so without too much bad weather I’ll be happy. I still look forward to basking in the warm sunshine with a cigar! On Sunday evening I…

So, I got an email from Danny Moya with the subject like The Rake Teaser.  But that's really all the info I have. The pic was put up on IG by LaZonaCigarsJose, so one can assume it is coming out of La Zona and is probably blended by Erik Espinosa with the help of Danny Moya and Nelson Ruiz.  I tried to needle for a little more info, so if/when I get some, I'll post it here.  The pic has a "Man in the Iron Mask" feel to me.

(Miami, Florida) January 28, 2015 - The Dominican Cigar Review, noted as the most important cigar magazine in the Dominican Republic, has just made public its choice of “Untamed” by La Aurora as Cigar of the Year for  2014. La Aurora “Untamed” was unveiled last July in the IPCPR Show, in Las Vegas.…

Sutliff Charlemagne is an aromatic rum cased pipe tobacco. It is sold in many locations on the internet. You can purchase it in 1.5 ounce cans which have a plastic lid. 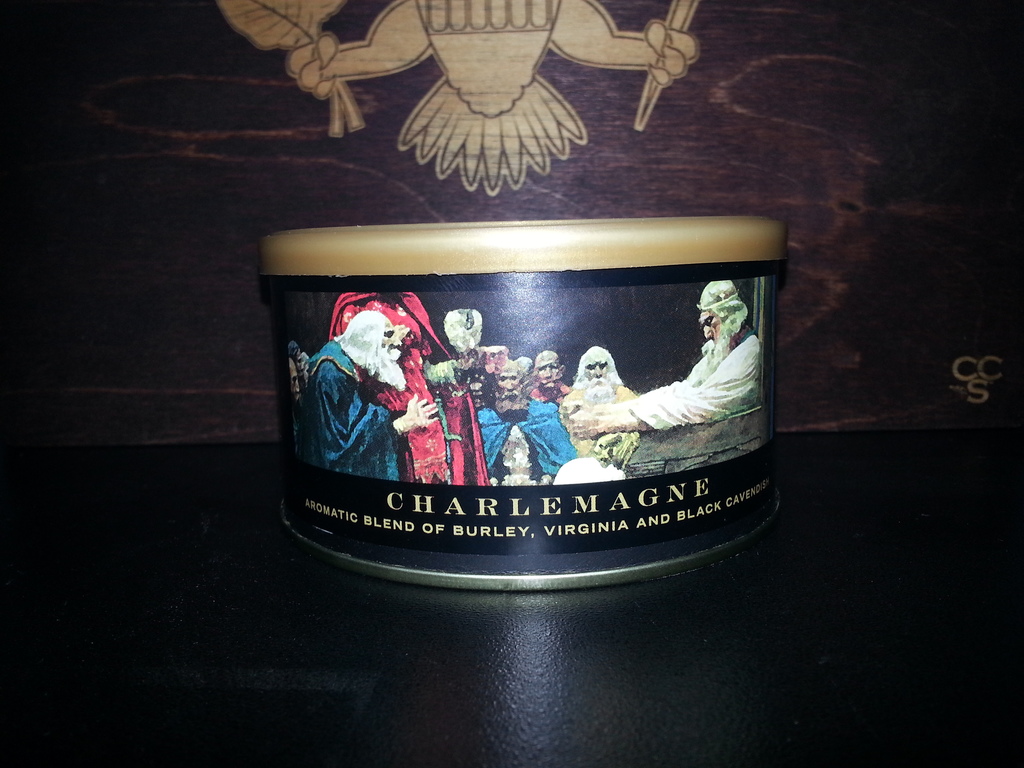 To touch once again on the issue of Cuban cigars I brought up last time, or to expand upon it, I suppose, the issue of fakes was brought up.  I was saving that for a separate discussion, so here it is.  There will be no shortage of criminal behavior in this regard. How many people unfamiliar with cigars would be able to spot the difference between a Partagas Serie D No. 4 and a Rosa Cuba robusto without bands?  It may look like a worthwhile investment to have some bands made and but a…

The EPC Inch Short Run 2014 No. 62, is one hefty looking cigar.Though, I am seeing much larger cigars on the market now, a 62 ring gauge is still one heck of a large cigar. And not exactly in my normal smoking range, although I do enjoy a couple 6x60's now and then. That being said, I was surprised at how smokable the EPC Inch was.

2014 was an especially great year for me. It was my first full year with Cigar Federation. It marked the launch of my new show Sharing Our Pairings, and it was my first time being a part of the spectacle that is the IPCPR. I also found that there was a significant amount of excellent new releases for the year. It was one of the first times that I had to really struggle to pare down my list to only 10 cigars.

As a cigar smoker and a member of the cigar media, I felt spoiled in 2014.  It all started with the release of The Collective and snowballed from there.  For the purposes of this list (we have more to come) I stuck with cigars that were released in 2014.  I'm not sure if this was a conscious decision or not, but I stayed away from line extensions.  Had I included them, the 1502 Ruby Lancero and Corona would have been in the running.  I really enjoy that blend.

With all the talk of the lifting of Cuban Embargo, and all the speculation that goes along with it, it got me thinking about what happens when the embargo is actually lifted and Cuban cigars make their way to US retailers shelves. Of course, there will be a huge number of people who want to try what was the forbidden fruit, and the Cuban cigar industry will be struggling to meet the demand.  It seems to me that opening the US market will effectively double that demand. One point I…

(Miami, Florida) January 20, 2015— On the heels of coming out with their new image, Miami Cigar & Company closed out an amazing 2014. The company celebrated the end of their milestone 25 years in business with an exclusive Holiday Toy Drive. The function served as the company’s last soiree. It also marked a successful year which boasted a rebrand of the Nestor Miranda Collection.

The MFCEO's Top Ten List of New Releases from 2014

2014 was a great year for new cigar releases.  My Top Ten list this year includes cigars only released during 2014.

Only ten cigars made my list, but there were a few cigars on the bubble that should be recognized. Honorable Mentions for 2014, and in no particular order, are:

Kyle Gellis posted a teaser to Instagram andTwitter announcing that the La Colmena Black Honey would be coming soon.

Kyle just got back to us with some more information on the project.

La Colmena Black Honey was a…

If you haven’t previously had the chance to try any 1502 cigars or see Enrique Sánchez on Stogie Geeks or Cigar Chat, you are truly missing out. I would say Enrique ranks among the top people I have met in the industry in terms of being genuine, kind, and passionate about the tobacco industry. 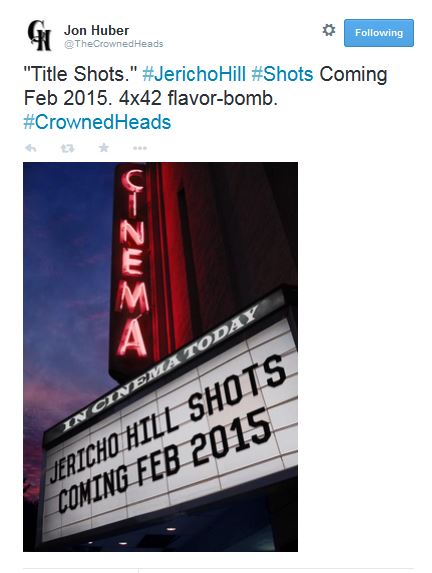